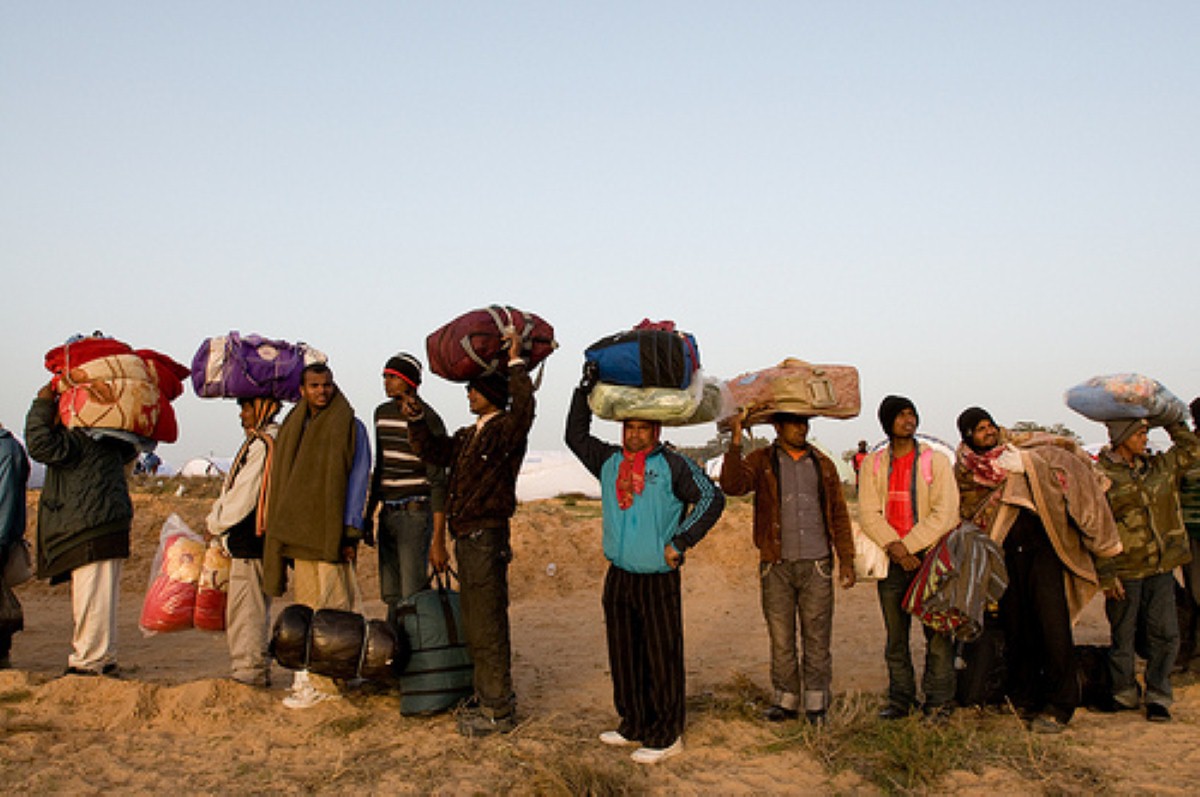 Comment: Migrant boats show us the true desperation of refugees

The UK election is 15 days away. That's 15 days for the two main parties to convince you that they will be 'tough' on migration, that they have listened to the concerns of 'real' people and that they are not a 'soft touch'.

That is the depressing national context in which we woke to the news of yet another boat lost overnight, with estimates from news agencies of as many as 800 drowned. This is in addition to estimates of 900 drowned already this year.

It is hard to know if rebutting the disgusting sentiments expressed by a well-known columnist in a popular paper last week only acts as an oxygen supply to further fan flames, but Save The Children did respond, with a hash tag campaign to #RestartTheRescue.

People will always try to escape intolerable conditions, war, environmental disaster and persecution. To risk drowning in trying to reach European shores indicates desperation, not a casual way of pursuing a life of luxury. Why do people attempt riskier and ever more treacherous sea routes? It is because borders are increasingly restrictive. If safe access routes existed, we would have one way of avoiding such catastrophe. We also need greater search and rescue at sea to be able to prevent catastrophe and loss of life.

Many of us in the European parliament have been working for a long time for solidarity among the EU's member states so that humane and effective rescue-at-sea and land follow-up can be provided. We have argued for ways in which people seeking asylum can get safe access routes to the territory of the EU to lodge asylum claims, and for countries to offer resettlement possibilities for recognised refugees.  Another practical and achievable step is that all member states must be willing to contribute resources so that those countries with main points of entry on their borders are equipped to cope.

What is missing is political will and solidarity from across the EU, and all too often, simple empathy. Until this happens, we have to remember the people who drown, unable to find sanctuary in their home country or at our borders, and try to prevent that happening again.

While many accuse the EU of not doing enough, we should remember that it is our own governments who set the policy and decide whether they will support the Italian government., We should remember that Theresa May supported rolling back search-and-rescue patrols. Foreign Office minister Lady Anelay spelled out British policy in a House of Lords written answer by calling search-and-rescue operations "an unintended pull factor". We can see that this simplistic argument simply denies reality and ignores the compelling 'push' factors. There must be greater emphasis on the role national governments have in bringing a more humane response about. We have to change our refugee and migration policies. Without a common European approach based on solidarity, offering people a way to come safely and legally to Europe, the next tragedy is not only a matter of time, but of mere days.

What migrants are escaping is arguably worse than the Mediterranean sea in any weather. That is the cruel choice they are making and the fact they have made it only reinforces the need for political stability and the defence of human rights. People are arriving from Syria, Eritrea, Somalia, Libya – all countries where people are at risk. We should also remember that the overwhelming majority of refugees are not in the EU: if Germany had the same proportion of refugees as Lebanon, there would be more than 20 million to support. The real crisis is for those seeking sanctuary, not for the EU.

Meantime, how many Syrian migrants has the UK resettled? In January, Amnesty International said that we had settled 143 Syrian refugees. 143. Germany has taken more than 30,000.

That general election? It is in 15 days' time.