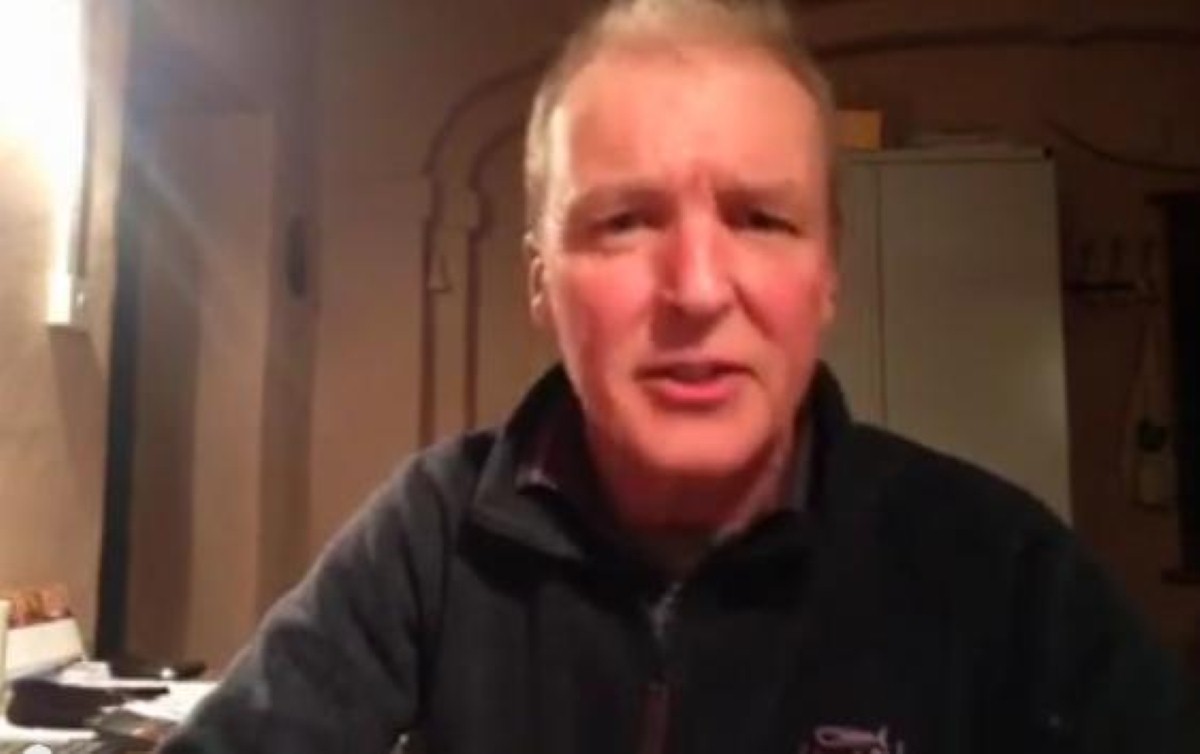 It is surely the best rap by a 2015 general election campaign candidate yet. Those Green party campaigners know how to fight tactical voting.

This particular medium is an under-utilised tool in British politics, but at least that's allowing Somerton and Frome's Green candidate to stand out from the crowd.

Theo Simon, who left a job at Ilchester Cheese factory in 1990 to become a full-time singer/ songwriter, has long mixed music and politics. He's previously said his music has gone down particularly well with environmental campaigners and that this led to him getting involved in green campaigning and direct action. He was the media spokesperson for the Stop Hinkley anti-nuclear campaign.

"Rap's been an area for political expression for a long time by the people who feel excluded," he tells Politics.co.uk.

"If you use rhyme properly you can do a rational argument but you can really hit home." Simon spends most of his time writing songs but that wasn't the right approach for this video. Watching the Eminem film Eight Mile, he says, was a "revelation". It showed him how rhymes can lead the listener on – getting them to fill in the blank at the end of the video, for example.

He's deliberately bending the timing of the phrases which you can't do with a beat. And, in case you're wondering, he memorised it too. A rap, he says, "helps to get across the idea of being unconventional – your feelings and anger and passion have a place in this, not all just told to us by existing parties".

As one of those cynical journalists he'd like to smack, it's hard to find a way of putting this politely: Somerton and Frome is a seat highly unlikely to back his party. David Heath, the former farming minister, is standing down, meaning his party loses the vital incumbency bonus. Instead Lord Ashcroft's polling has given the Conservatives a comfortable lead, making it seem like the Lib Dems are the only realistic alternative in a seat usually described as 'old Liberal'. Ashcroft's polls in June and September 2014 both put the Greens on five per cent.

Simon disagrees. He thinks he can take votes from both Labour and Lib Dem supporters. Doing that means escaping the logic of tactical voting, though – which is why his rap meets this threat head-on. His party's support is going to be squeezed by Lib Dems warning that a Green vote will only help the Tories get in. There is some powerful logic in that, but Simon addresses that right away. He raps: "I've got no time for hacks at all / who yack: 'if it's too tight to call / be practical / vote tactical' ' I want to smack them all / well no, not actually smack."

Voting for the Lib Dems, he suggests, isn't a good idea. Look what it led to last time – the coalition. "That's not tactical, it's claptrap," he raps, before helpfully adding: "It carries less weight than my backpack."

Simon insists it's not a "gimmick" and promises there'll be more to come in the campaign. "Rhyme is a great way of getting people to internalise the thinking, which is why advertisers use it. Young people can relate to it, which when you're a candidate is really good."

He has more sophisticated arguments against tactical voting which he didn't deploy in his rap, Simon says, because he didn't want to complicate the message. If small parties continue to struggle, he warns, "we will remain prisoners of this two-party system potentially forever". And for Green campaigners that's bad news because, what with climate change and all, "time is short".

Simon's dilemma is a common one for minor parties in this election. Because the Greens are challengers in so many seats they're proving one of tactical votings' biggest enemies. And they're getting the message across any way they can.

#GE2015 Tactical voting? UK politics so bad that we have to 'game' our own democratic system? Fix it, don't game it; vote honestly.

Be the change you wish to see, don't waste your vote by tactical voting, vote for the party you want #VoteGreen2015 #GE2015 #notactialvoting