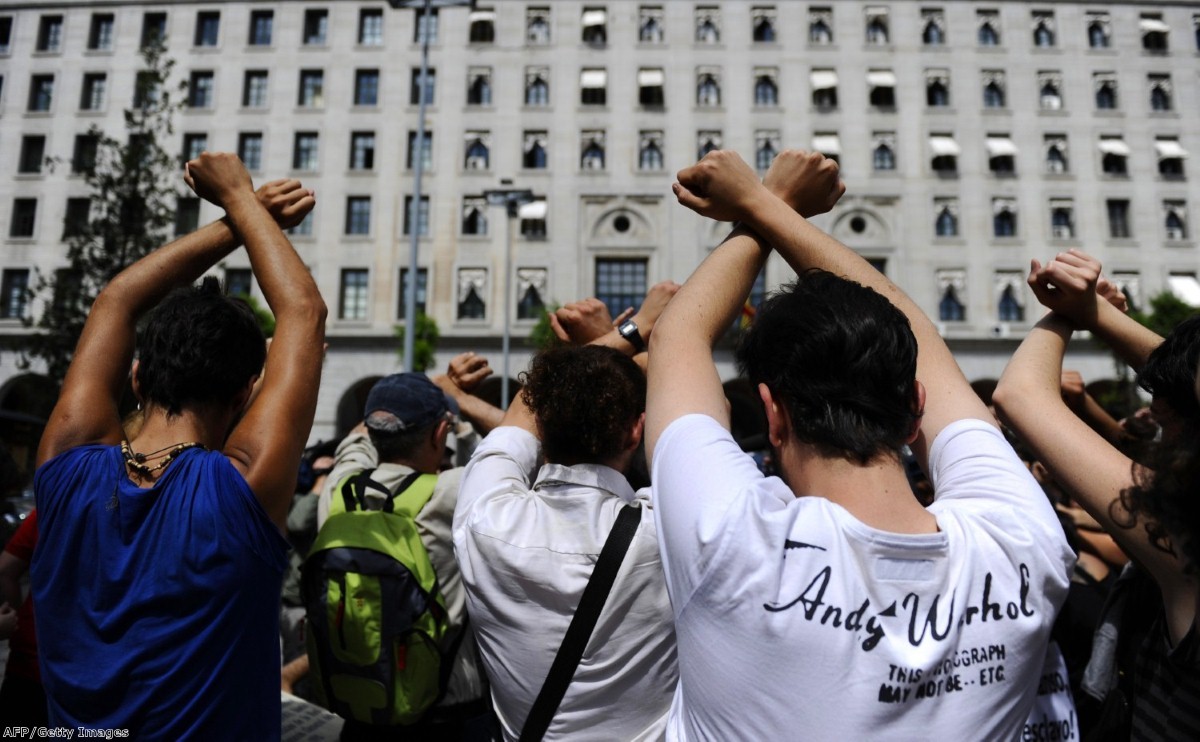 A war on democracy: How statutory instruments replaced acts of parliament

What does female ejaculation have in common with new rules on voter registration? And why does the answer to that question make the electorate’s choice of government less relevant than it was last time round?

If you said "statutory instruments", then you are clearly a parliamentary geek of the highest order. Shortly before Christmas, parliament nodded through a statutory instrument that, its detractors said, put in place a series of ill-considered regulations governing the sexual practices UK citizens might view through the medium of video on demand.

The alleged ban on these practices, including female ejaculation, spanking and face-sitting, led directly to one of the year's more unusual direct action protests, featuring a media scrum and dozens of protesters graphically demonstrating the latter practice outside parliament.

A week or so after, a potentially more serious issue emerged, when it was discovered the government was about to put in place a requirement that individuals using the new online electoral registration system should declare their previous name. There were to be no exceptions.

This measure, which would have caused major issues within the transgender community, and likely led to many no longer voting, was also the subject of a statutory instrument. After it came to light, discussions were held with the Cabinet Office, whose creature it was, and the proposal withdrawn.

But there was bad news too. The fact it came to light at all was accidental. I stumbled across it while pursuing another, more technical, issue. Without that happy accident, it might well have remained undiscovered until it was law.

That's partly what differentiates acts of parliament to statutory instruments. The former have a significant and well-understood process to their passage. Multiple stages of debate and revision through both houses of parliament, combined with public awareness and usually involvement.

It's hardly a guarantee that all law will be exemplary, but this level of scrutiny certainly helps.

By contrast, a statutory instrument is, as parliament’s own website explains, "a form of legislation which allow[s] the provisions of an act of parliament to be subsequently brought into force or altered without parliament having to pass a new act". Primary legislation is intended to set out general principles, leaving it up to ministers and their civil servants to fill in the gaps.

Needless to say, they are very popular with our legislators. Throughout the entirety of the last Labour government, statutory instruments averaged a little under 1,900 per year, with the total count rarely topping 2,000.

The advantage of such an approach is obvious. It means that parliament can get on with the big stuff, debating legal principles and leaving the messy execution to the administrators. It is, in theory a classic split between strategy and execution. This is the result, it is claimed, of the fact our legislators are increasingly not drawn from the legal professions. So parliament views legislation increasingly in managerial terms, as opposed to the purely legal.

One individual's administrative detail may well be a direct challenge to another individual's fundamental belief. And leaving it up to the administrators to determine what is detail and what is an important principle seems naive to say the least.

This presumes that the statutory instrument in question is even intelligible to the lay person. For instance, take this, from the Amendments to the Criminal Procedure Rules 2014:


Amendments to existing law are always going to be tricky, referencing precise wordings and sections and sub-sections and the like. Many – probably the majority of statutory instruments – are clear as mud to the uninitiated.

On present trends, the next parliament will pass 4,000 or more statutory instrument a year. They will, in aggregate, have a significant effect on how we conduct our daily lives. Some of this legislation will be debated. Much of it will not. The elephant in the room is the fact that this shift towards statutory instruments will itself take place without any debate.

You may, or may not, believe various individual matters require public debate. But in the end what you think will increasingly not matter at all. Unless parliament returns to debating laws, it will be the executive making decisions on an ever-longer list of topics.

Your vote in May 2015 will have less influence on legislation than it did in May 2010. And on present trends, it will have even less in 2020.