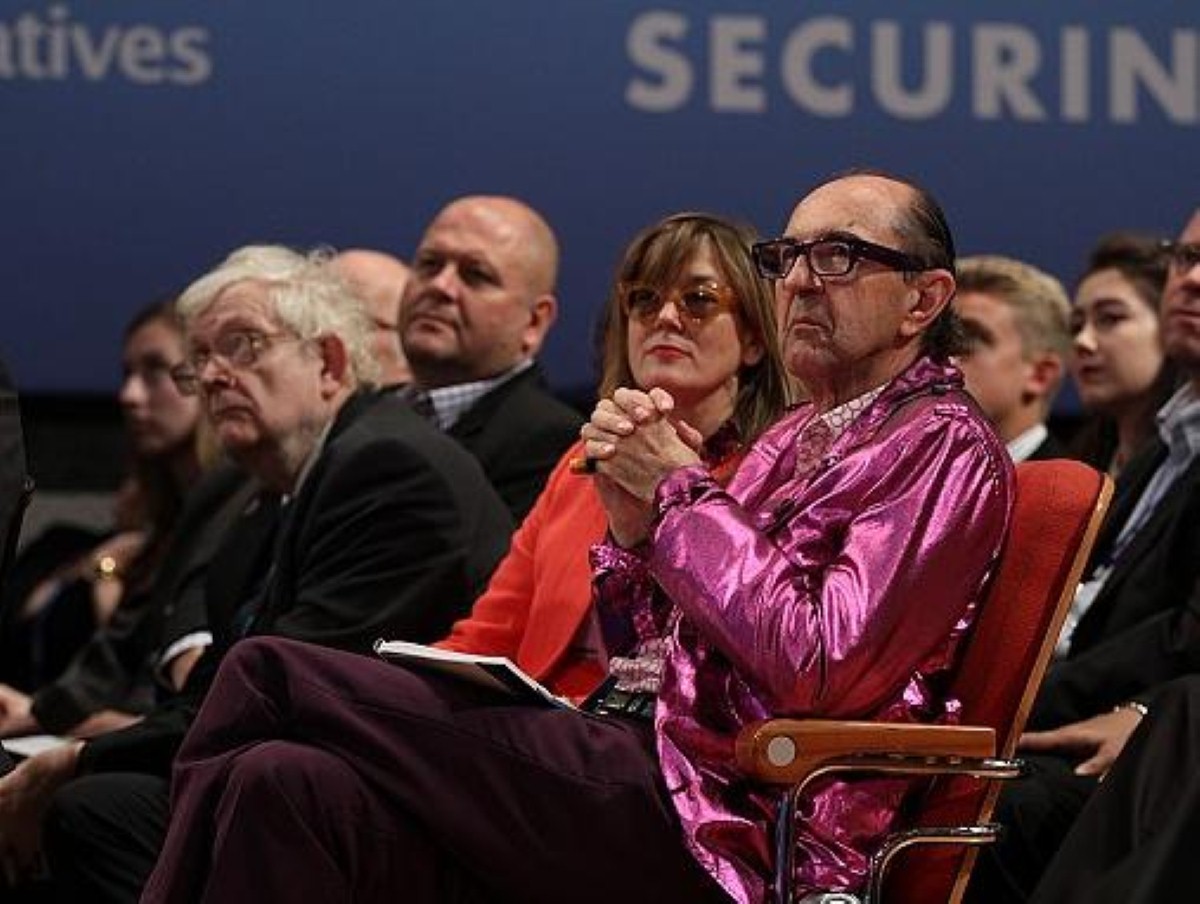 The great Conservative brain has decided to ignore the truth. The remarkable thing about Tory delegates is their blind confidence in the party's ability to win.

But then, the Conservatives have always struggled with reality when in in Birmingham.

In 2010, the party did its best to ignore the fact it had failed to secure an overall majority. The Liberal Democrats were shut out of the equation as an inconvenient afterthought.

In 2012, as Labour's case against the coalition's spending cuts looked its strongest, George Osborne defied the critics and the Tories clung to him faithfully. This year the chancellor referenced that speech to demonstrate how he was proved right and they were proved wrong. The low living standards and suppressed wages which are the reality for millions of Brits today were strangely absent.

In 2014, the Conservatives are in fighting mode. This is a party preparing to win an overall majority. They genuinely think they can accomplish this.

"Yes, there's the natural nervousness you get. It's the same feeling of a Boeing 747 being brought down from 5,000 feet. It has to be done months in advance, you have to get the message in place."

The Conservatives appear to be turning the various perils they're facing in 2015 to their advantage. For a party which hasn't won an overall majority for 22 years, it is an extraordinary feat of optimism over reality.

Tories take encouragement from the haplessness of their chief enemy, Ed Miliband. His forgetfulness in Manchester has opened the floodgates to mockery, and deservedly so. "The baggage handlers in his memory went on strike," Boris declared in his speech yesterday. At one fringe meeting, when Ed Miliband's abysmal personal poll ratings were presented to the audience, they guffawed. "You can laugh at your enemy too much," one backbencher says, "but I don't think we are. We know we can beat him."

Conservatives also put their faith in their organisational abilities on the ground, in terms of canvassing voters and the virtues of local activism. It's a collective strength against the amateurs which makes this party so upbeat. And they think this is how they can beat Ukip, too.

This week's defections have stirred the Tories, not shaken them up. They won't bother fighting in Clacton against Douglas Carswell because they like him, but all the MPs I spoke to said they were willing to travel to Rochester and Strood to take on Mark Reckless. "Frankly he's no great loss to the party," one spits.

The final reason the Tories are feeling like all isn't lost are the polls. This is perverse, because they are terrible. The Conservative vote share has barely shifted upwards in the last 12 months, which is worrying because it suggests the party's usual upwards trend in the run-in to general elections hasn't started yet.

It has a lot to do, too. There are structural weaknesses in the Conservative vote: the concentration of support in solid majorities means it needs a higher vote share to win power in the Commons. It is struggling to win over younger women. And it is relatively weak outside the south of England, which is a problem as ministers accept they need to make gains in the Midlands and north to secure a seven- or eight-point advantage over Labour.

Politicians don't hesitate to dismiss adverse polling numbers. The professionals bat them away barely consciously, like some kind of muscle-memory. The grassroots take a more genuinely confident view – especially those with a little more perspective to draw on.

Barbara Hill, from New Forest, is one of them. She is 86 but looks ten years younger. She wishes she'd put a bet on the Scottish independence result, because she was only one per cent out and thinks she could have won a lot of money. Barbara shrugs off the polls in the same way she shrugs off Ukip. She would like to see Cameron reform inheritance tax, but apart from that has little to complain about. She rejects the idea that those of her generation – and the young whippersnappers in their 60s and 70s – are instinctively right-wing. Lots of them are socialists too. In her view, the Tories will get through all this one way or the other.

It's amazing, really, how the Conservatives are finding a way to make themselves feel better about the polls. As Ipsos Mori points out, nine out of ten voters in 2010 backed one of the three main parties. Now, just three in four do. In this context, holding up a vote share of around 32% might not be such a bad strategy.

The precedents of polling history aren't all bad for the Tories, either, simply because they can take reassurance in Labour's own bleak prognosis. Unlike Miliband, they believe David Cameron has a "real sense of credibility" among the electorate, a Cabinet minister suggests. For a party in government, much of its masterplan is about killing off Labour. The Tory plan to win the 2020 general election, it's revealed confidently, is to fight it on Labour's record in power before 2010 – just as the Tories' 1992 campaign was based on the Winter of Discontent.

Party conferences are all about boosting up the activists and getting the campaigners ready for the ground war to come. They are about building a sense of confidence even where one is hardly justifiable. One part of the great collective Tory brain knows this, but it is not telling the bit which keeps on mouthing soundbites. "Confidence makes a very big difference," one MP says. Just look at 2010, where those with a positive frame of mind tended to do well across an unpredictable, choppy national picture.

Is it confidence for confidence's sake? Absolutely. As one of British political history's most uncertain general election campaigns appears over the horizon, the Tories don't really have an alternative.