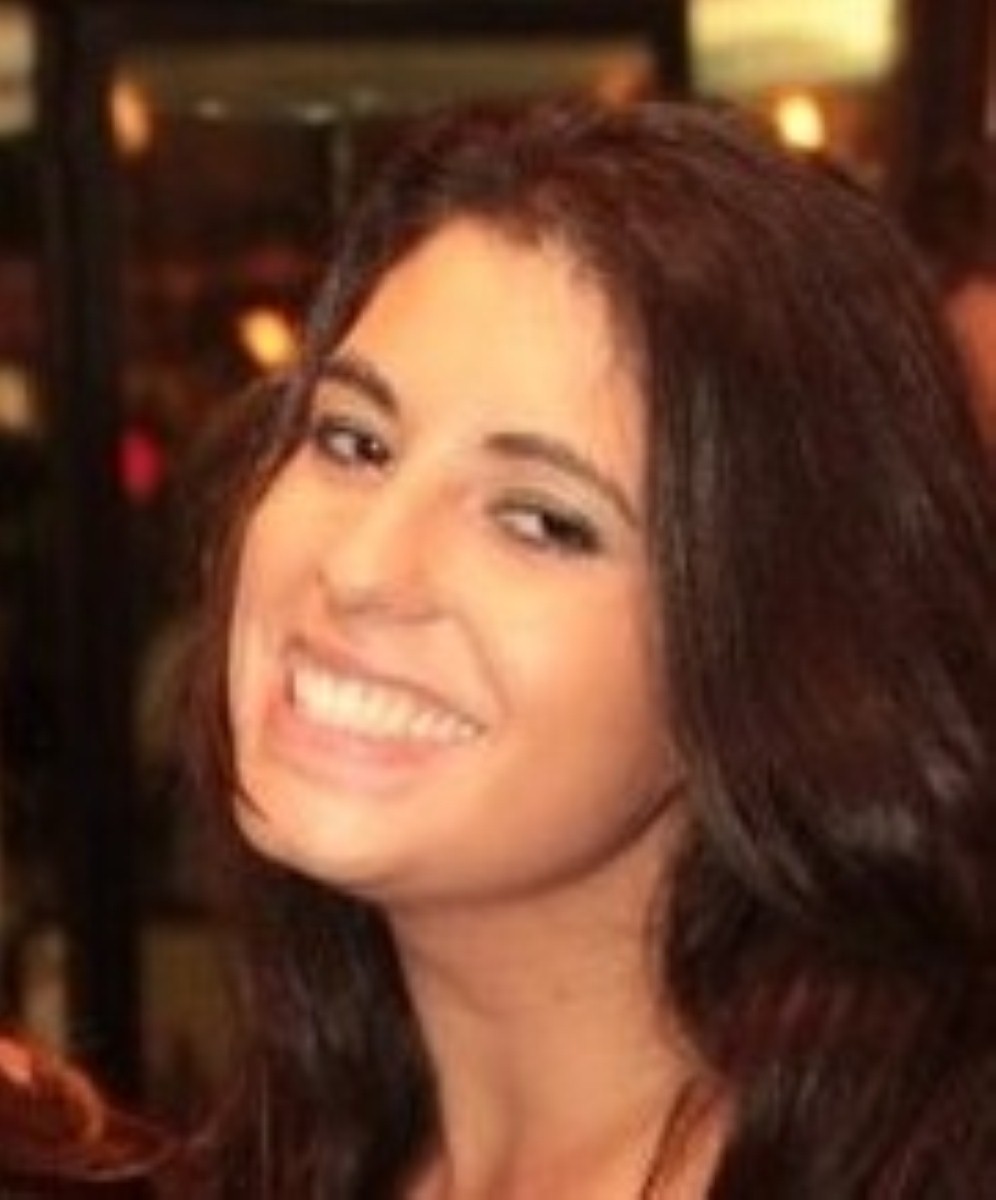 Comment: As I write this, Isa Muazu fades away

Isa Muazu, a soft-spoken 45-year-old from Nigeria, has been on hunger strike for almost 90 days in Harmondsworth immigration removal centre.

He is dangerously ill but this week an application to the high court for his release from custody was rejected.

I have been supporting Isa for the last three months and have been talking to him every day since before he began his hunger strike.

While writing this article I've just read that Isa has lost his vision. He is suffering from severe chest pains and cannot breathe properly. He has never complained once to me about any of these problems. He is always thankful, grateful and concerned about my well-being.

I can't help but feel that because he has been so uncomplaining that I myself have not even understood the severity of his health deterioration until it is almost too late. It is clear Isa is strong and determined – but not in an aggressive way. He has never raised his voice in anger. He speaks in disbelieved tones. And now he can barely whisper.

We are aware of three other Harmondsworth detainees on hunger strike who have been recently released from detention and we're supporting another individual, also from Nigeria, who remains inside – distressed and unable to converse clearly. According to other detainees he regularly screams out in pain.

Isa, however, lies calmly on a mattress on the floor. He is always polite when we speak on the phone and always asks about the health and well-being of Unity staff and other individuals in detention.

This does not mean Isa should be ignored. He faces very real persecution by Islamic militant group Boko Haram if returned to Nigeria and he fears for his life. He fears to the extent that he is risking his life here in the UK as he strongly believes he will be killed if returned.

Initially, Isa started refusing to eat because the food provided in detention was not suitable for his medical conditions but now it has widened into a general protest against the conditions of his detention and the way he has been treated as a detainee.

Isa is determined. He is speaking out about the treatment of detainees and is not ready to relent despite being on his deathbed.

Isa's life has been deemed worthless when put against the UK's immigration system. Yesterday's high court ruling of  his case concluded that because he had been determined as mentally able to choose whether or not he eats, maintaining his detention is lawful despite the fact that his life is almost over.

Isa has been holding strong to his hunger strike and is determined that his voice be heard. He feels he has been tricked and mistreated and will not accept being taken to the hospital in handcuffs again.

The day before Isa's first court hearing he says he was told by detention centre staff that it was ok for him to accept hospitalisation because he now had a court date and legal representation. The following day, however, this was used against him by the Home Office, with claims Isa was no longer protesting and, thus, release was no longer a concern.

Part of the problem seems to stem from Isa's polite demeanour and passive manner. Isa presents a mentally stable front and speaks in a soft, calm and polite manner. It seems as though he has not been taken seriously.

Isa's future is grim. Even if released he feels he will be hospitalised for a number of months to recover. Damage to his organs is likely to be severe, given his pre-existing kidney problems, poor health and rapid continued weight loss. If he is not released he will die within a few days, as confirmed by medical practitioners in Harmondsworth who have issued an 'end of life plan'.

He has been in touch with Unity since the beginning of September when he was complaining about the diet he was expected to eat. When he first made contact it was to discuss his treatment in Harmondsworth and much needed medical and dietary attention.

He advised me that he had many medical problems that were not being treated or recognised by Harmondsworth staff. He explained he had kidney problems, stomach ulcers and haemorrhoids and because of these pre-existing health issues was having trouble obtaining food in the detention centre that he could digest.

Isa informed me that when he went voluntarily to his screening interview in Croydon to claim asylum he took food with him in plastic containers because he always travels with specific foods. This includes kidney beans, liver and steamed vegetables. Isa explained his dietary needs even before he was detained but these were not given due consideration.

Contact was made with Harmondsworth regarding Isa's dietary requirements. Faxes were sent and phone calls made. At one point a member of Harmondsworth staff told me sarcastically that " do not have children in here" as if Isa's dietary concerns were childish, unreasonable and comparable to a child having a tantrum.

Once detained, Isa was surviving on cornflakes and hot water as this was all that was available that he could process. After weeks of this he decided he could not continue to eat a sole diet of cornflakes and discontinued eating all together. Isa was told he could go to the dining room before others to have first pick of the food he wanted but nothing was suitable. Isa's requirements have been belittled.

He regularly quotes to me his blood sugar levels and weight losses. This started even before his hunger strike began. Isa talks in shocked tones, struggling to believe that people can treat him in this manner. He regularly says: "Can you believe it Jasmine that they will let someone suffer like this?"

After the High Court determination this week, Isa was down and did not communicate with me until the next morning. The he wrote this text: "Dear Jasmine good morning I should have text you last night but was so devastated by the court judgment. I lost lots of tears last night the more I think about it. It's a really difficult moment I have been through…"

Isa is being urged by his supporters to accept hospitalisation as the recent High Court decision given yesterday was not in his favour. He maintains he will not be tricked again.

Home Office rules are that detainees can only be detained where there is every reason to believe their deportation is possible in the foreseeable future. In Isa's case he is now recognised as not fit to travel. He also cannot be deported if he dies, an argument recently made by his solicitors at his court hearing.

The question arises as to exactly what the Home Office want to achieve by keeping Isa in detention. They disregard his life in favour of their new even harder immigration stance. The UK condemns other countries for human rights abuses but what is worse than condemning someone to death?

Isa has sent me what sounds like a final text as I am writing this piece. "Am so grateful to have people who care for me and my well being, am so grateful…thank you."

I have never met Isa in person. Two weeks ago I went to Harmondsworth to try and visit him and some of the other detainees Unity have been supporting. I called him to say we were there. We waited for 45 minutes in the visitors’ area and he didn't turn up.

I asked the guard who called through to the medical centre and then told me that Isa wouldn't be coming. The way he told me made me think Isa had died. I was really upset. I'd been told at the reception that Isa would be able to come and see us in a wheelchair.

When I got outside again and phoned Isa back I found out that Isa had been waiting to come to the visitor's room but no-one had told him I was there. The guards had conspired to stop him from seeing us.

We want to see Isa win, he does not deserve to die on the floor of a detention centre for no crime. Isa's lawyer has informed us that the high court allowed an appeal that will be heard today at 12noon. We can but hope.

Some of us in Unity have travelled down from Glasgow to vigil outside Harmondsworth from Thursday morning. Please come and join us…we cannot let Isa die in Harmondsworth. We will stand by his side.

Jasmine Sallis is a volunteer caseworker at the Unity Centre in Glasgow. Run by a collective of volunteers the Unity Centre is a migrant solidarity centre which has been providing practical support and solidarity for asylum seekers in Glasgow since 2006, especially for those facing difficulties such as detention or destitution.