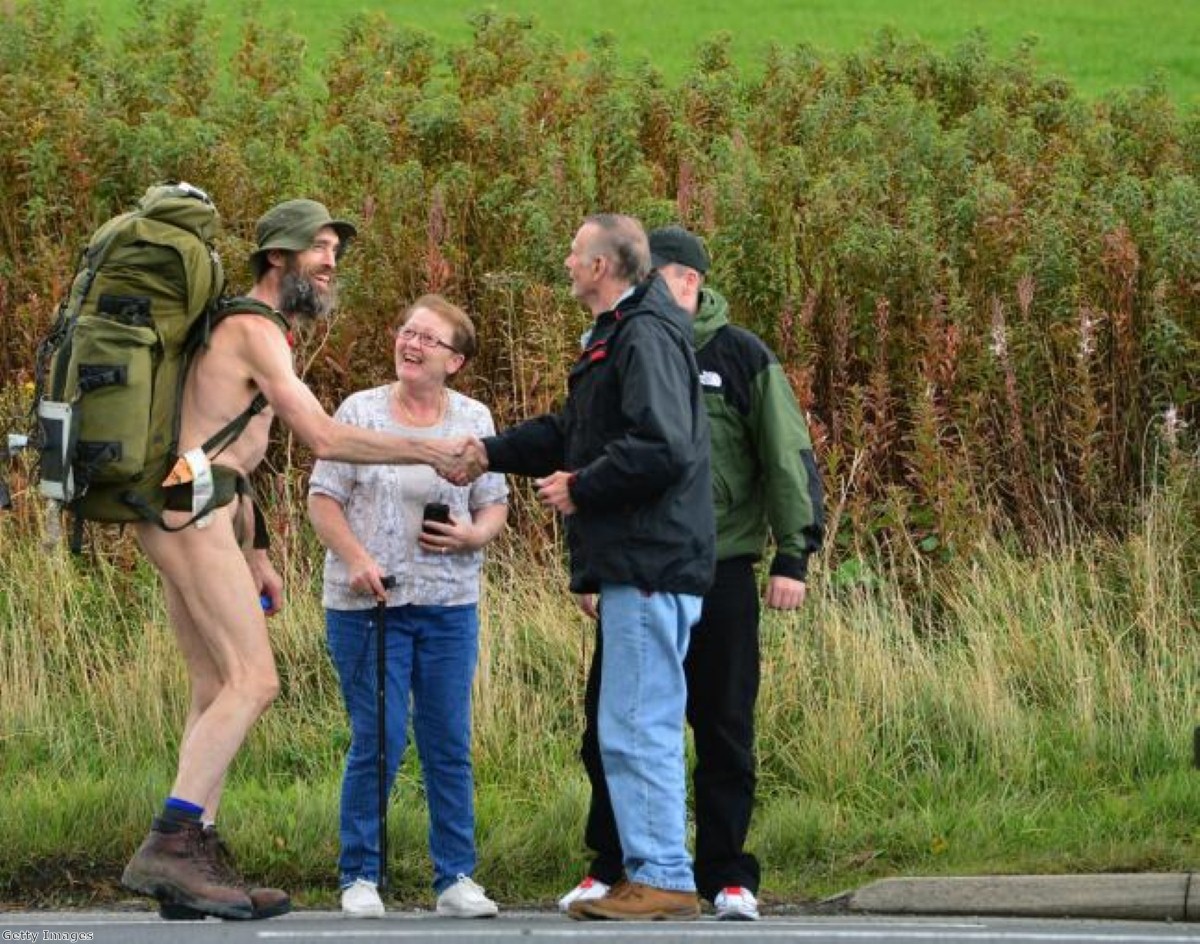 Today, roads around Whitehall were closed due to a naked protester who mounted a statue of the second Duke of Cambridge. To celebrate this exciting event, here are the top five naked protests in UK recent history…

People come together to save the planet every day, but these protesters take another approach… they do it naked. Every summer, we all have the opportunity to mount a bike naked in the effort to stop car usage.

Around 700 naked cyclists each year protest the damage caused to the planet by cars and oil dependency. This event takes place in the summer in Brighton, Bristol, London and other locations around the UK.

A group of semi-naked women participated in the SlutWalk in September 2012 outside 10 Downing Street. The SlutWalk movement began in 2011 to demand justice for rape victims, after a Canadian police officer said women can avoid rape by not dressing like sluts. The group called on the prime minister to ensure the criminal justice system takes rape cases more seriously.

3) Naked against the Olympics

What could be the best way to protest human rights in the Olympics? This advocacy group went with the naked approach. Good thing it was the summer Olympics they got naked for- the winter Olympics wouldn't be as comfortable.

On London's South Bank in August 2012, four women took off their clothes to protest the Olympics in London. They accused the Olympics' governing body of being supported by Islamist regimes, who discriminate against women athletes. The protestors were from the Ukrainian campaign "Femen," which wrote on their Facebook page that the stunt was to protest countries with Sharia Law competing in the Olympics.

Bethell is someone who has really devoted his life to improving the lives of the population – by allowing us to be naked. This serious human rights issue is unfortunately not high on parliament's priority list, much to Bethell's dismay.

He founded the Freedom To Be Yourself advocacy group in 1999, promoting the right to be naked in public. This campaign fights for non-sexual public nakedness to be legal. In 2001, Bethell became the first defendant to stand trial naked in a UK court. He was naked throughout his court case in Southwark crown court London, where he was found not guilty of being a public nuisance.

Walking across the length of Britain is a feat in itself, but this protestor was able to do it naked… twice. Following in Bethell's footsteps, Gough takes nakedness in public becoming legal very seriously.

Otherwise known as 'the Naked Rambler', Gough walked the length of Great Britain from 2003-2004 and from 2005-2006. This protester is a former Royal Marine from Hampshire. His nudity is a result of his involvement in Bethell's Freedom To Be Yourself group.