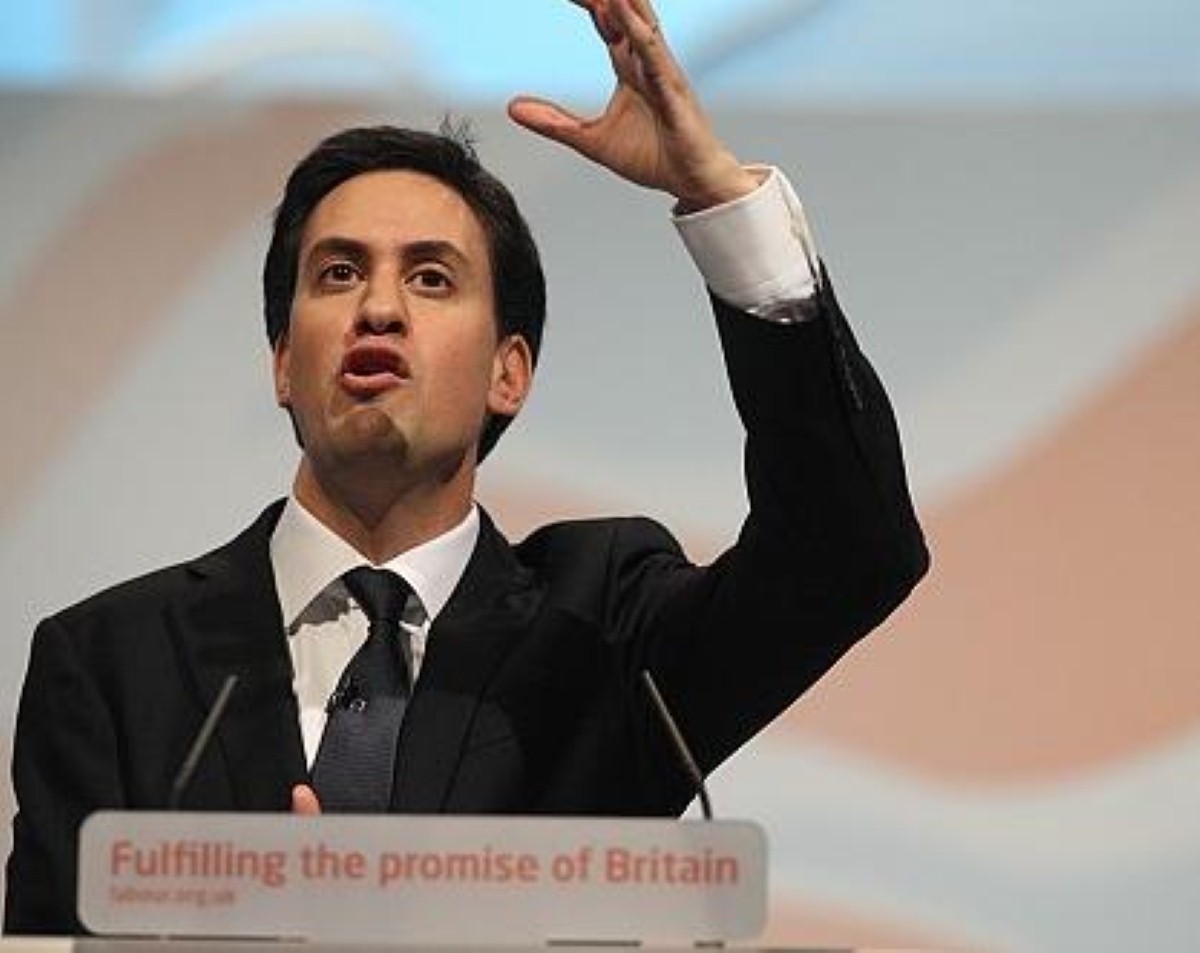 Miliband replaces his funny face with his serious face. And then he puts on the sad face.

The boredom set in early, when Labour people gave us the broad outline of the speech. Miliband was going to centre the event on his 'promise of Britain' mantra, a phrase so vacuous it acts like the intellectual equivalent of a heavy lunch. A medium-sized room in the mind closes the door and puts a chair against it.

Leaders' speeches now all have to begin with a snazzy video intro. These things have never been pleasant. 2011's was arguably worse, filling the hall with the unspeakable horror of eager young Labour supporters explaining why Ed Miliband is so "fresh" and dynamic". Among them was a pretty female doctor and three students, one of them wearing an Abercrombie T-shirt while staring vacantly into the camera in a manner which suggested he had been paid in ketamine.

Then came the D-list celebrities (and, oddly, Tom Watson). They loomed over us, insisting on Miliband's bravery and valour. Sir Alex Ferguson dragged the fame category up several notches but his contribution – that a coalition government could not work because they would never "be a team" – made me want to burn the broken blood vessels off his face. "You've confused a football metaphor for a political argument," I felt like shouting, but the moment passed, one new outrage of mediocrity piling on top of the next. The video montage ended with Sir Alex saying: "Ed Miliband is the leader of the Labour party." Hardly a ringing endorsement. More like a reminder of his job title.

Then the great leader came on stage peering outward like a high school cheerleader on prom night. He has grown unspeakably weird. The drastically sloping shoulders force his tiny chest out, like some foolhardy sparrow, and fundamentally undo his poise.

He began with jokes, most of which were average to good. I enjoyed one on his decision to have a child then get married, but that was more for political affirmation than comic timing. And then suddenly, he said: "Alright conference, let's get down to business." The playful smile on his lips sacrificed itself for the greater good. Serious face replaced funny face. Later, when discussing Milly Dowler, he drooped his mouth down to indicate sad face. Whenever he made a point he wanted to emphasise, his eyes bulged afterwards meaningfully. Key sentences, such as one passage explaining a central rule of British politics ("don’t mess with Rupert Murdoch") saw him bend his knees slightly, shake his head from side to side and poke the air with his finger. Occasionally the move was so violent he appeared close to falling off the stage.

The irony is that when acting on the spur of the moment, he's actually very effective. The line "I'm not Tony Blair" prompted an unexpected (but entirely predictable) burst of clapping from parts of the hall, to which he raised a hand but offered a knowing smile. It was a quite perfect movement which simultaneously neutralised the potential embarrassment, while giving it the requisite wink.

And for all his faults Miliband remains a surprisingly enigmatic figure. He's not to everyone's taste I have to admit, but there's an honesty to his presentation that is entirely absent from David Cameron or Nick Clegg. Perhaps it's just an absence of polish, but one genuinely believes this man is who he says he is. This is supposedly a unique political asset, but it doesn't appear to be doing him any good.

As for the speech, it did its best to make sacrifices on left and right ('hard truths' on welfare and attacks on 'predatory' companies). This succeeded last year because the points were actually controversial. Here they were tired and predictable, making it more of a meander around politics, to no discernible purpose.

Miliband's attempt to distinguish 'predator' companies from 'producer' companies is designed to let him attack the City while still claiming to be pro-business. It is rather clever and gives him quite an impressive amount of room to manoeuvre. Unfortunately, by the time it came, I had stopped paying attention.

This time last year the fury of the right-wing press had failed to hide some genuinely encouraging signs of bravery – bravery which presented itself during the phone-hacking scandal. Today, we were offered a speech of barely formulated ideas and germs of dividing lines, expressed with considerable mediocrity. Miliband is treading water.