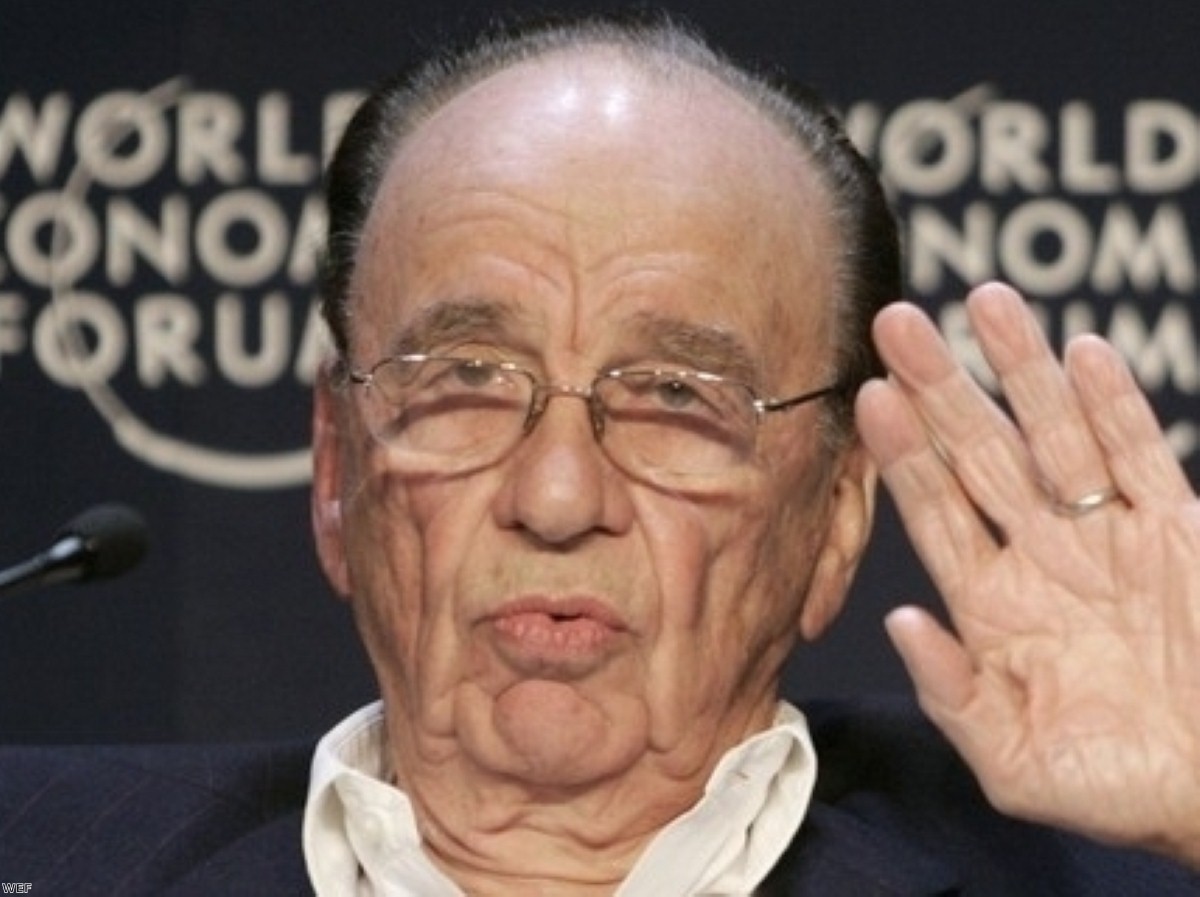 Rupert Murdoch is a media mogul with substantial worldwide influence via his huge portfolio of media interests.

Starting out in Australia with just one newspaper which he inherited from his father he is now founder and chairman of News Corporation, the world's second largest media conglomerate.

After studying philosophy, politics and economics at Worcester College, Oxford University, he returned home to run the family business at the age of 21 following the death of his father.

The young Australian quickly proved to have his flair for business, expanding his company at breakneck speed and acquiring newspapers across his homeland.

This culminated in the launch of The Australian, a first national daily newspaper for Australia which had to overcome substantial distribution challenges. It remains the highest selling national newspaper in the country.

Rupert Murdoch burst onto the British newspaper scene in 1968 when he purchased the News of the World and a year later bought The Sun. Despite the newspaper's traditional broadsheet appeal he converted it into a tabloid thus allowing him to centralise printing of his two UK newspapers.

In 1981 Rupert Murdoch struck again by adding The Times and The Sunday Times to his burgeoning media empire.

In the US he was equally successful, purchasing the New York Post and moving into broadcasting, taking up US citizenship as a means of buying six television stations which would go on to form the basis of the Fox Broadcasting Company. He also bought the 20th Century Fox movie studio. In 1993 he expanded his overseas satellite television expansion, adding Asia's Star TV to his growing set of media interests.

Back in the UK he was enjoying equal success. A brief blip for his satellite network Sky Television was overcome when he persuaded rival British Satellite Broadcasting to accept a merger to become BSkyB in 1990.

The company has dominated the British pay-TV market ever since, although Rupert Murdoch was dealt a blow last week when his attempt to seize total ownership of the company was ended by growing political pressure relating to phone-hacking.

The influential media tycoon is no stranger to political controversy and has regularly drawn criticism for his involvement in national politics.

The Sun's headline "It's the Sun wot won it" after the 1992 Conservative election victory for John Major was followed by support from the Murdoch press for Labour under Tony Blair and three consecutive Labour election victories.

In 2010 the Murdoch press once again shifted its focus, supporting David Cameron's Conservatives. The two had a meeting after the election which many feared would see the government move to curtail the influence of Ofcom and the BBC.

However this link is now likely to be seen as toxic by the prime minister, with politicians of all parties queuing up to criticise News International.

This represents a substantial fall from grace for Rupert Murdoch, who was ranked the 13th most powerful person in the world by Forbes magazine in 2010.

His net worth of $6.3 billion [£3.9 billion], which makes him the 117th richest person in the world, is also likely to have taken a hit, especially in the long term.

He has six children from three marriages, three of whom have held or continue to hold prominent positions within his companies.

However the evergreen media magnate shows no signs of stepping down from his current role and he flew over to the UK last week to deal with the emerging phone-hacking crisis. Rupert Murdoch perhaps takes after his mother Dame Elisabeth Murdoch, whose remarkable longevity means she remains in good health and an active philanthropist at 102.