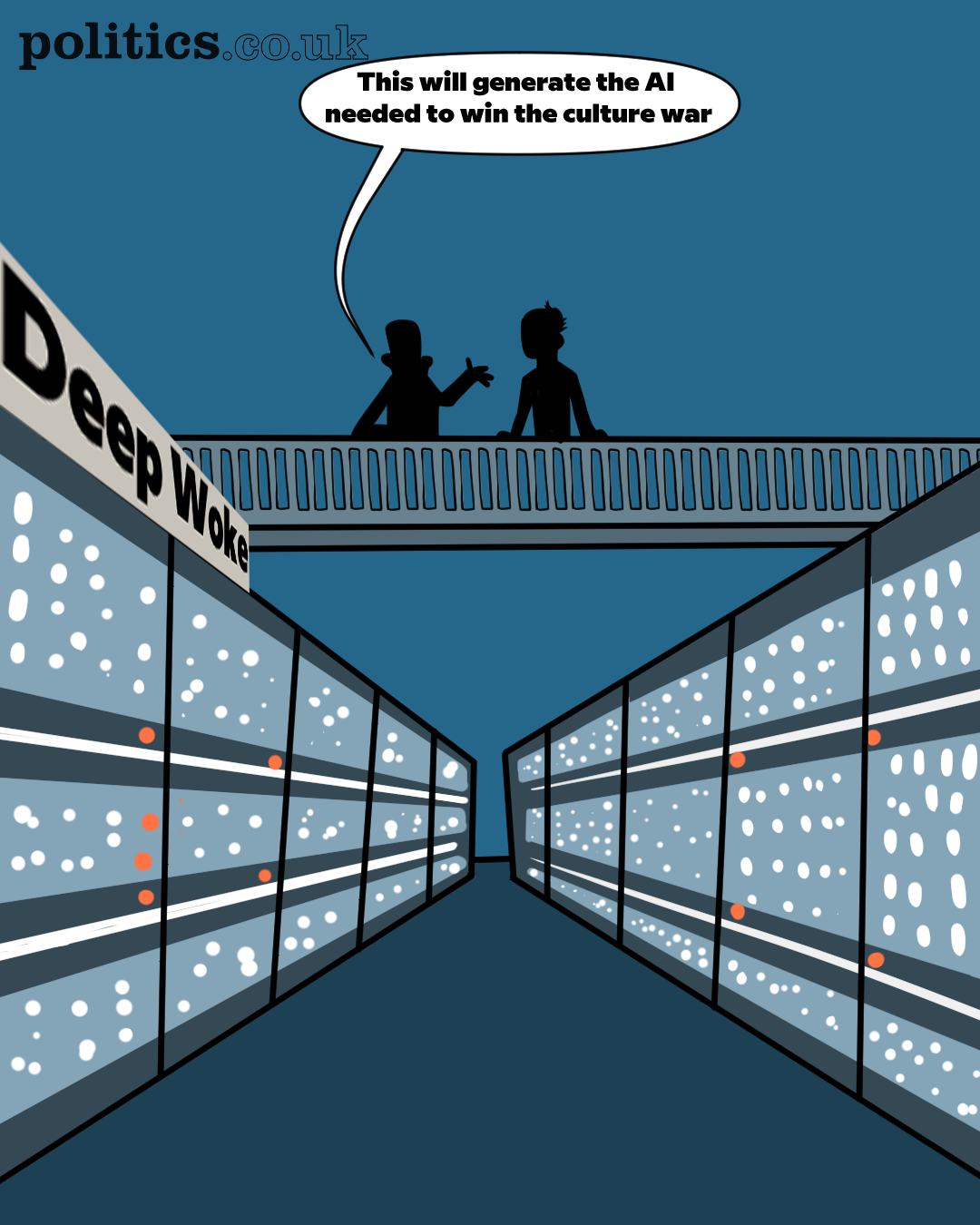 This week a new phrase has been born: Deep Woke.

It was used in an opinion article in the Financial Times about the England manager Gareth Southgate, who instead of beating the post-Brexit national resurgence drum, “seems to be playing for the other side in England’s culture war.”

The piece by Gideon Rachman went on to say: “Some seem to believe that Southgate is becoming a tool of deep Woke – with one Tory strategist telling me that the England manger’s patriotism essay was ‘suspiciously well written’.”

For us at Politics.co.uk the use of the word ‘deep’ immediately conjured up images of supercomputers and artificial intelligence.

After all, IBM’s Deep Blue was the first computer to win a chess match against a reigning world chess champion under regular time controls.

So perhaps we have unknowingly stumbled upon the hitherto secret weapon of progressives in the ongoing culture war.

One that can hammer out 1,750 words of prose purporting to be written by the hand of the England manager.