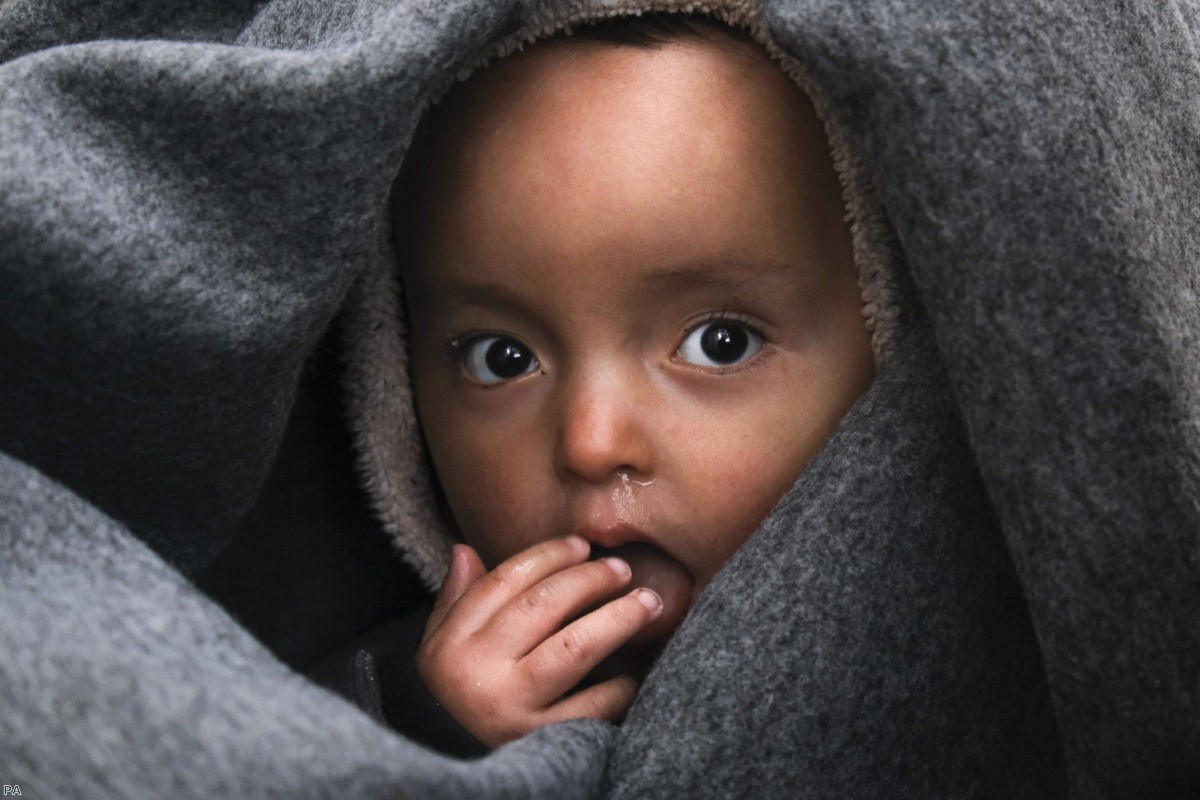 The nationalist resurgence isn't just restricted to Britain or America. It's in Europe too.

There were appalling scenes on the Greek-Turkish border this week. The Turkish nationalist president Recep Tayyip Erdogan opened up the border to refugees, predominantly from Syria, who once again surged forward, seeking sanctuary in Europe.

Greek authorities have suspended asylum rights. They are aggressively beating back the asylum seekers. Riot police and army have been deployed. Thousands of desperate migrants, including mothers with babies in their arms, are being pushed back from barbed wire fences with tear gas and rubber bullets.

Far from condemning what is going on, the EU is encouraging it. EU Commission President Ursula von der Leyen called Greece "Europe's shield".

Ankara says Greek police have shot at least one migrant and wounded at least 164. But it's almost impossible to assess the reality of what's going on. The refugees are trapped in a geopolitical game by Turkey and Greece. Neither side gives a damn about them.

In Greece itself, refugee groups and anti-racist campaigners are reporting a major increase in abuse. The Racist Violence Recording Network said its member organisations had noted "numerous and escalating xenophobic and racist incidents, by groups of some locals against newly arrived refugees and migrants, as well as attacks against staff of international organisations and NGOs, members of the civil society and journalists". These included "physical assaults on staff providing services to refugees, arsons in facilities used for shelter and for services to refugees".

This situation is a testimony to the triumph of nationalism in the West. It is what created it. It is why we are now descending into moral barbarism.

The EU's deal with Erdogan was always an abomination. It was part of a pattern of efforts to offshore the refugee problem. They did it with the regime in Sudan, via the Khartoum Process – working with a regime that had presided over genocide to trap refugees and stop them getting to Europe in the first place. They did it with Libya, imprisoning people in detention centres where torture and beatings are rife, and in a country that has fully collapsed into the abyss, with widespread sexual assaults and human trafficking. And they did it with Erdogan, consigning people to the overstuffed refugee camps in the country and in Syria itself, where he blocked them seeking escape from the bloodshed.

It was a deal with the devil, in every case. And the EU did those deals because it was unable to face down its own nationalist demons. The numbers coming to the continent were large, but they were manageable, if countries had shared the burden. But they would not. The basis upon which the EU operated – of solidarity, of mutual advantage through cooperation – had fallen away. So instead they tried to deal with it by simply consigning refugees to hell.

Erdogan was offered money, movement on customs cooperation and visa-free travel for Turks. But the real advantage was leverage. Once upon a time, Europe could pressure Turkey to improve its human rights by opening the possibility of membership. Now the relationship went the other way. He could prevent demands on human rights by threatening to open the border. And that, eventually, is exactly what he has done.

And that is what they are. There is little doubt about the validity of the claims these desperate people are making for asylum. They are Syrian. And Syria is a charnel house.

Hardly anyone even bothers to pretend otherwise. There's no serious attempt to deny the legitimacy of their refugee status. We're past that point. People just don't care. Europe is  desperate to avoid the internal battle it faced in 2015. The hatred of refugees is treated like a settled matter which cannot be challenged. So there can be no humanity. Instead, the situation is treated as a national security issue.

This is what happens when you succumb completely to nationalism. It doesn't matter if they happen to be in power or if they're in opposition. They set the terms of the debate.

We are all Orban now. And we'll stay that way until people dare to demand that we become something better.