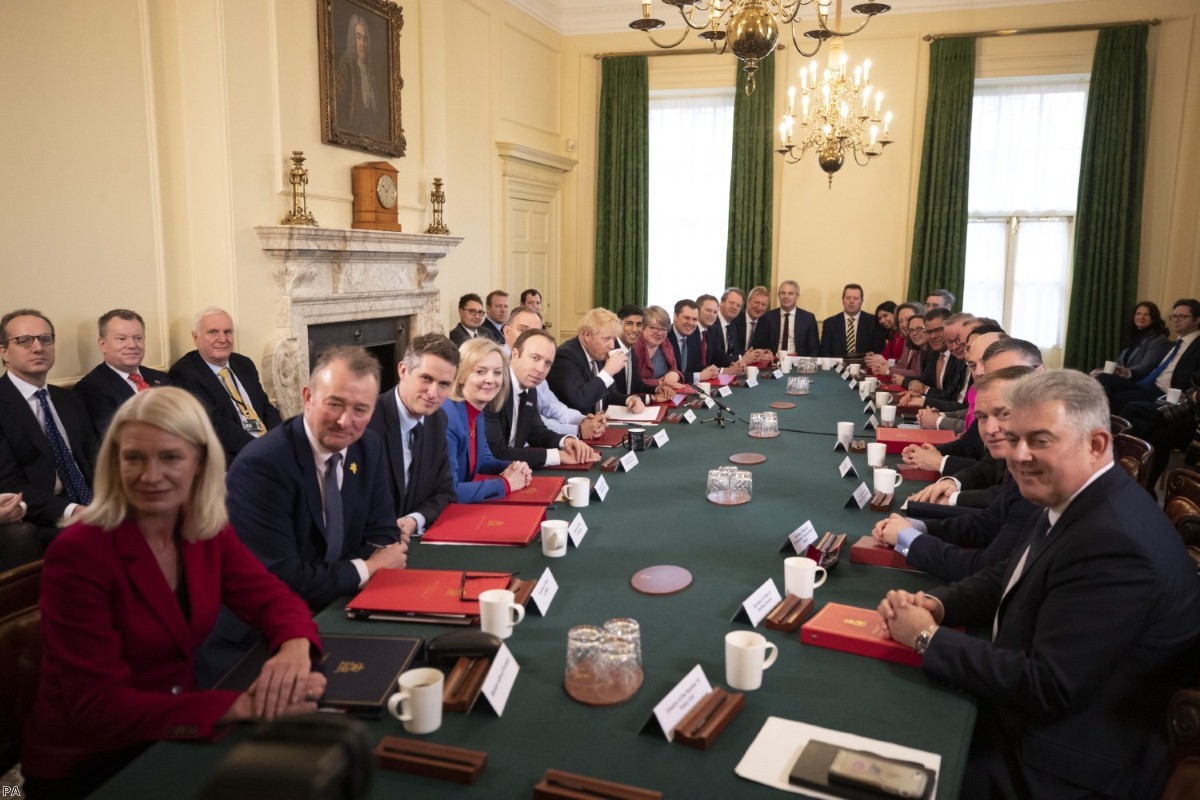 Week in Review: Johnson sets up his future failure

This morning, Boris Johnson sat down with his new Cabinet of drone workers. Those with trace elements of independence have been sacked. Julian Smith, who dared to say no-deal would be a disaster, is gone. Geoffrey Cox, who maintained a last sliver of constitutional responsibility, went with him. Sajid Javid, who would not allow his department to become subjugated to No.10, resigned. They've been replaced by yes-men, sycophants and tribal loyalists. Subservience is prioritised over competence.

People in power often assume this is the right way to go, even if they typically show a little more restraint about it. Power wants more power. If feels efficient, to be able to control what happens. But in actual fact it's the opposite.

Policy-making requires dissent at the point of formulation. It needs people who disagree, or who maintain independence of mind, to hammer an idea, to raise alternatives and cite objections. This doesn't weaken policy. It improves it. It tests the ideas in it. It explores where they fail to hold. Nothing in this world performs better by being untested.

But policy-making needs open-mindedness on the back end too, at the point of implementation. The philosopher of science Karl Popper was one of the first people to properly articulate why. It's because of the law of unintended consequences. Even when what you are planning to do is admirable, it can often lead to undesired or counter-productive outcomes.

His example was a housing market in a small village. The person trying to sell their house inadvertently lowers the price of houses simply by putting it on sale, because they have increased supply. The person trying to buy inadvertently raises the price simply by shopping for it, because they have increased demand. Neither intends to go against their own interests, but both do, because of the law of unintended consequences.

Life is full of these examples. It's one of the hardest things to emotionally accept, as a human – how chaotic and unpredictable and surprisingly self-defeating our activity is. This is why so many people, including many in the present government, get lost in conspiracy theories. It's much easier to blame a sinister plot against you than it is to emotionally accept the fundamental chaos of the world and your own accidental part in it.

This is why allowing dissent is more efficient than ideological and organisational dominance. Dissent means you test ideas and find their flaws before you implement them. Dissent means you are more likely to discover the unintended consequences of them after you implement them and can change them accordingly. It is what makes things work – really work, in the objective world, not the world of political PR and mock-machismo. It's how you change things.

So that new-look Cabinet today is not a show of strength. It is a show of crippling insecurity, of two men – Johnson and Dominic Cummings – who are too thin-skinned to understand that their purpose would be enhanced by having independent thinkers around them.

It is not a sign of victory either. Quite the opposite. Their plans will soon become a shambles. They will not have been tested in formulation or improved in implementation. They will be managed by people who lack in competence what they made up for in loyalty. They'll fall apart, in a million predictable and unpredictable ways.

The cause of that shambles will lie here, at the Cabinet table, and the petrified, trembling minds which selected the people who sat around it.