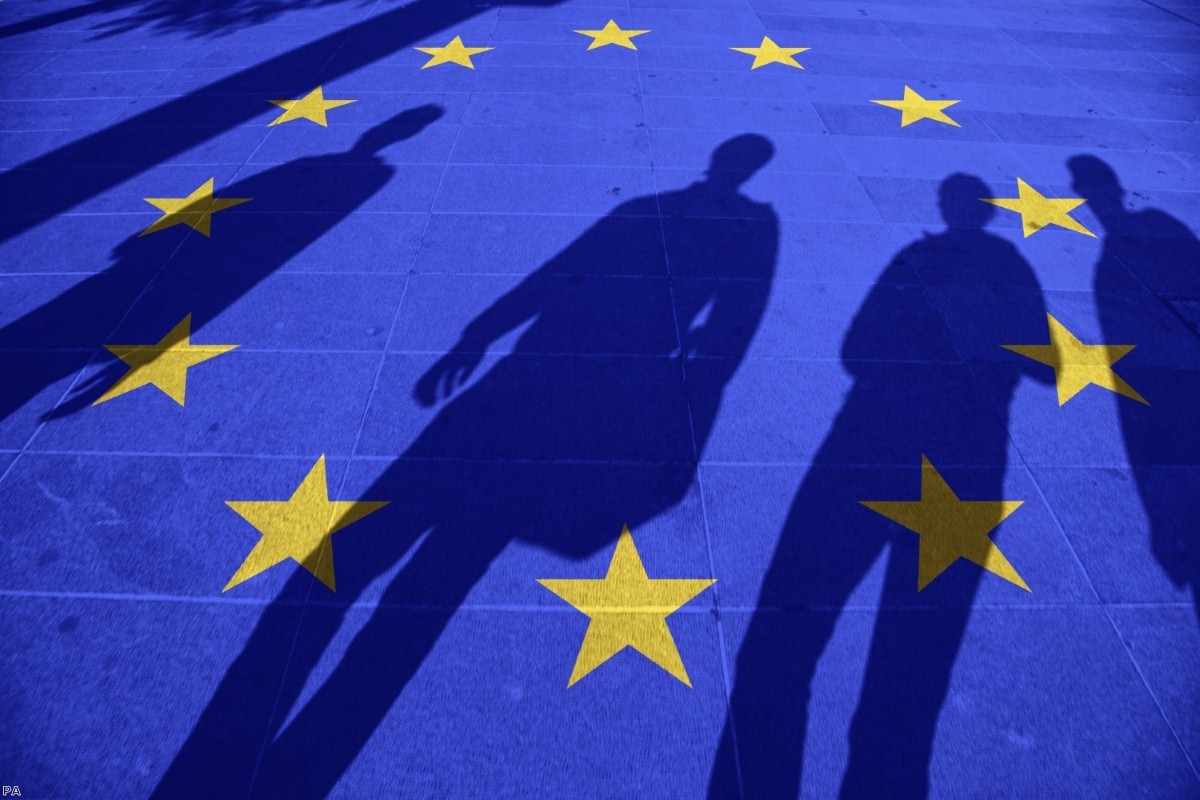 The future of British Europeanism

OK, so let's not call it Remain. That's over now. We lost.

Today is a day of despair: bitterly cold, deep down, right in your guts. We know how this feels. We have grown disturbingly used to it. A couple weeks of walking round with this heavy sorrowful feeling inside you, feeling weighed down by it. And then slowly, gradually, retrieving the will to fight.

All the worst qualities of British political life have triumphed. The defeat is so comprehensive it could well require a decade to repair. Three and a half years of fighting, arguing, marching, of standing up to the people who sneered and questioned our patriotism. It all feels like it was for nothing.

But it wasn't. A movement formed over the last few years that is not going to go away. It is a network of alliances, campaigns, friendships and unspoken solidarity. It is the loyalty and goodwill of people who have been bullied for years and stood together regardless. It is about more than just Brexit. It is about a vision of an open, diverse country. That movement will continue. It is needed now more than ever.

We are at the lowest point. But the future is ours. People under the age of 49 overwhelmingly opposed Brexit. They support a liberal worldview: Immigration, diversity, climate change action, racial and gender equality, international economic justice. Over 50's mostly supported Brexit and are often wary of those values.

That is not a metropolitan phenomenon. It holds true wherever you are in the country. Nor is it likely to be something that changes as people get older. There's some academic dispute over this, but most researchers believe that people in these age groups will stick to it.

There is a world, not so far away, in which we take back control. That means a return to Europe. It will happen, sooner or later. You cannot take away young people's freedom forever. But it is about much more than that. It is a commitment to the things which are currently smeared and attacked by the prime minister: the freedom to live wherever you like, an admiration for diversity for its own sake as well as its economic benefits, a commitment to treating people decently and telling the truth, a belief in reason and commonality instead of resentment and division.

The Labour party is broken. The Liberal Democrats are nowhere. The Scottish Nationalists are by definition not concerned with what happens in the UK. Parliament cannot save us. It is up to the movement. Remain must become a liberal guerilla campaign. There's no-one else to rely on but ourselves.

That will involve passionate commitment and also some realism. We need to be honest. There is no short term route back to EU membership. But it doesn't have to be long term either. It can be medium term. That's the thing to aim for.

In a way, this decision has been made for us by the election result. Boris Johnson's majority is so big that he is all-but guaranteed five years in power, barring a major scandal. The exit from the EU will take up all that time in one form or another – the deal, the ratification, the implementation, the negotiation of new trade deals. In all likelihood, given the extent of the Labour defeat, he's looking at ten years.

During this period, the appetite for opening all this up again – from either the British public or the Europeans – will be minimal.

There is a danger now that Remainers make Immediate Rejoin a condition of all their decisions, especially on the Labour party leadership issue. That would turn a broad liberal movement into a single issue campaign. It'll make us feel better, but it won't make it more likely. It'll just see us fade into irrelevance, old bores in the back of a pub.

The demographics are with us, but we are 20 years ahead of the curve. So unless we want to spend two decades in the darkness, we need to stitch together a progressive alliance. Labour must be in a position to bring together metropolitan voters with those in the towns. And that means extracting the culture war from the European issue.

That cannot be achieved by immediately demanding Rejoin as the first and only principle of the new leadership. It cannot be done by entrenching the cultural divide without any obvious short-term means of satisfying its policy objective. We must not push Labour to make Immediate Rejoin a policy.

Of course, the leadership must be pro-European. That is non-negotiable. No Labour party could ever be against European membership while maintaining internationalism and social democracy as its core principles. It must intend for us to apply to rejoin. But it should only be talking about rejoining when the time is right. Not immediately and not as the exclusive focus of its leadership.

Who knows? Maybe that'll come sooner than five years. But it is more likely to come in ten. It's a long time. But it is not that long. We need the same level of diligence as the eurosceptics showed during their years in the wilderness. We're the barbarians at the gate now. We need their stamina.

European membership needs to become the new thing, not the status quo. It needs to be the idea which brings hope. It must be allowed to blossom into the alternative, rather than be the scapegoat for whatever is happening right now.

The instinct now is despair. But soon that will turn into anger – seething righteous anger. And that's what we're going to use to fight. But we're going to have to fight smart, because this is now the fight of our lives.