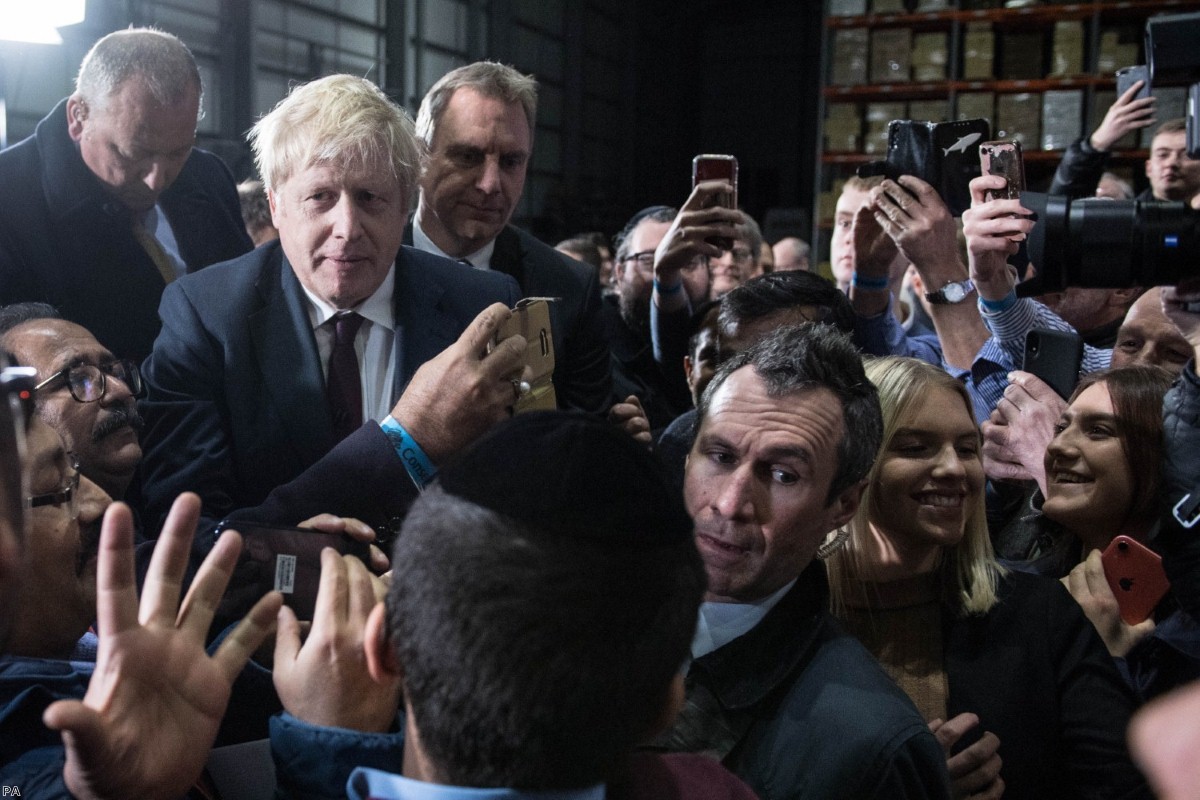 The last days of hope

It's never just been about Brexit. From the first moment that result arrived in 2016, it was perfectly obvious that this wasn't restricted to our relationship with the EU. It was about the whole way we do business – the manner in which we conduct debate, the type of country we are, the way we treat people.

The Brexit referendum was won on the basis of lies and prejudice. Let's not bother pretending otherwise. The lies are too numerous to count, from the NHS on the side of a bus, to the idea the EU was holding back British trading capacity, to the notion, cast over everything, that this would all be simple.

That doesn't mean there isn't an urgent moral need to address the failures of a country in which so many people were unhappy with the status quo. If Remain does not care about that – if it pretends to itself that this was all about Putin's meddling or a few broken electoral spending rules – then it is not up to the historic moment which it faces. But it does target the anger at those who deserve it: the snake oil salesmen in Vote Leave and Leave.EU.

The prejudice was there was from the word go. There is a great unsayable fact in British politics and it is this: Immigration is a gift. It offers this country vast cultural wealth, a significant economic contribution, a workforce which can care for our elderly population, real bonds of friendship in the lives of countless millions of us, and that intangible value and worth which comes from living in a diverse society, where people with different ideas and different experiences join together to provide new ways of looking at things.

But instead they treated it like an assault, an incoming wave of hostile forces. They acted as if Britain was not a bustling jumble of cultures, but an absolute indigenous block, in which any newcomer diluted the fundamental character of the country. They were nativists, in the most basic possible sense.

It's been a long, brutal three years. Nearly every claim of those who opposed Brexit has been vindicated. We are now poorer than we would have been. We are more divided. People who once called this country home no longer feel that way. Countries who once admired us no longer do so. Britain is weaker and more impoverished, in every sense.

So now it all comes down to this. Tomorrow, we find out which way the country's future faces.

Boris Johnson's election campaign, like his style of government, is an exact replication of the Brexit campaign. It seeks division instead of commonality. It ignores concrete national problems in favour of the culture war. It lies incessantly. It encourages the hatred and resentment of immigrants. It doesn't give a damn about the people it claims to represent. It aims to undermine and subvert the constitutional arrangements which have made this country stable and good-fortuned over centuries. It is terrified of scrutiny, in case it'll get found out. It treats us like fools.

Every day of this campaign, another salvo against European immigrants. We're told they're a strain on our schools and hospitals. We're told what they cost in benefits, but not what they pay in taxes. This week Johnson said they had treated the UK like "their own" country for too long, a grotesque inversion of the usual anti-migrant rhetoric which demands they integrate. Bile and hate, delivered ceaselessly from a prime minister with no basic decency to him whatsoever.

The lies come even faster. Chief among them is the election mantra: Get Brexit Done. Nothing Johnson has proposed will do so. Years of torturous negotiation and national humiliation lie before us, a country picking off its own limbs and then discarding them in a fit of inane lunacy.

Somewhere along the line, even the overall Brexit message switched. No longer was it some grand liberating moment. Now it was a pain, a faff, and we had to believe in the Brexiters a little harder, a little longer, in order for it to finally stop, like trusting your attacker to conduct your surgery.

It wouldn't only be the EU they undermined. All the other institutions which might have the power to check the executive would be attacked. The Tory manifesto made threatening noises to the Human Rights Act and judicial review, two key liberal developments which give the individual powers over the executive. It talked troublingly of a broader constitutional alignment – plainly code for a populist assault on the fundamental political operating systems of the country.

The media was also attacked, for the same reasons. Johnson threatened reform to criminal penalties for the licence fee, a position which would be the end of the BBC as we know it. The Tories tried to bully Channel 4 and blocked the Daily Mirror from their battle bus. And yet even now, most of the press act as sycophants for his belligerent authoritarianism. The papers which love to insist how tough and robust the British press must be when it comes to taking telephoto lense shots of a naked celebrity are suddenly feeble when it comes to scrutinising the prime minister. They're basically his press officers.

And you can see why. Because when the light is on him, and you can see the reality of the man, something profoundly ugly is revealed. It goes beyond the obvious self-interest. There is something hateful melching around in there, a sense that he doesn't even really like or value the people he wishes to govern.

There were two really central moments to this campaign. The first came after the terror attack in London Bridge. The people that died worked on penal reform. The father of one of the victims, Dave Merritt, urged the prime minister not to politicise the killings and specifically not to politicise them in the precise opposite manner to the values his son had espoused.

Johnson ignored him and did it anyway. There was not a trace of reservation in him when he did it, as he sat on the Andrew Mar show on a Sunday morning. Not even an element of gravitas or restraint. He didn't care. The death of an idealistic young man and woman were simply something he could use.

The second moment came this week, when he was shown a photo of a young child on the floor of a hospital because of lack of beds. His reaction was telling in a way that a thousand in-depth interviews could not have provided. He refused to look at it, he ignored the questions, he took the phone the image was on and put it in his pocket. Here was someone without any capacity for empathy at all. Here was someone who simply didn't care.

The Tory response to that story was to make up more lies, this time about Labour campaigners punching people. And then the lies started on social media too, bots and anonymous accounts spreading disinformation claiming the photo was fake, churning it out on Twitter and local Facebook groups, eagerly taken up by the small army of professional trollers masquerading as journalists on the right.

Were they created by the Tories or by someone else? Which was more troubling? It was hard to tell. There a sense of the abyss opening up beneath us, of a world where truth was starting to properly vanish altogether, where nothing could be verified without someone working to discredit it.

A cesspit of lies and division. A complete lack of interest in the actual lives of the people whose votes they ask for. That's what we have three years after the referendum result. That's the culture which Remain has been fighting.

Now we sit and wait and hope. Hope that tactical voting by anti-Tory forces is effective. Hope that Labour voters in the so-called 'red wall' do not prove as seduced by Johnson's lies as they appeared to be. Hope that most of these unique individual constituency battles go the right way. Hope the margin of error extends our way rather than the other.

Of course, there are still things people can do. Campaign online or offline, help get people to the polling station, vote swap, encourage people to vote tactically. But it's tedious when journalism websites turn into propoganda units at the tail end of an election. The reality for most of us is that we have to sit and basically pray for a tolerable outcome.

At the moment, it looks grim. A victory for this campaign will be a mandate for the most poisonous form of politics we've seen in this country in our lifetime. But there are flickers of optimism too, little hints of a chance that we might still be able to prevent the advance.

So we wait, fingers crossed, to find out our fate.