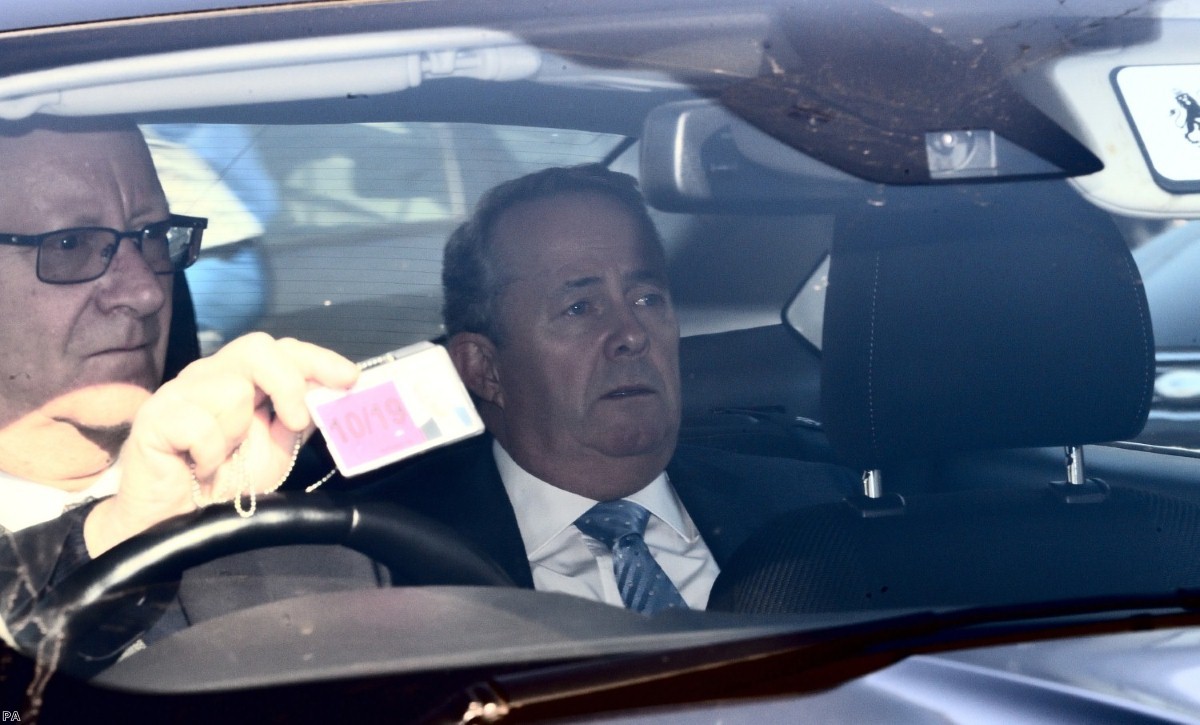 All the little Brexit Gremlins are in the bits too boring to think about.

Take trade remedies. This is ostensibly a pretty tedious bit of law. They're the mechanism we use under the WTO to counter dumping or subsidies by other countries.

Dumping is when a product is sold more cheaply in another country than where it is made, in a bid to wipe out the competition and establish a monopoly. Subsidies are when the state funnels cash into an industry to allow it to outperform its competitors. They both highlight a risk of global free trade: sometimes other countries don't fight fair.

Trade remedies provide a defence. They mean that we can calculate how much the dumping or subsidy action costs our domestic producers, and then put up our tariffs accordingly. It's called a countervailing measure for subsidies and an anti-dumping duty for dumping. The EU has a few dozen of these.

Not the most exciting thing in the world. But if you get it wrong, British industry gets hammered. China is producing just under a billion tonnes of steel a year, an unparalleled industrial record. British domestic production can't withstand that without protection. This is why you need to be careful and well-prepared in your trade policy and not run around drunk on low-grade mezcal, messing with all the levers of the country's trading system.

But predictably, Brexit Britain took the mezcal route. Reports emerging from the government's trade remedies body paint a depressingly familiar story: There isn't enough experience, they're badly out of their depth, and those who question policy are frozen out altogether.

The government's basic plan for trade remedies in the event of no-deal is pretty simple: copy them. Just take the EU's countervailing measures and adopt them wholesale. But they have a problem: you can't actually do it. The calculations about dumping and subsidies which the EU used were made for the EU. The UK needs them to be based on the UK.

So they're doing the only thing they possibly can: keeping the tariffs where they are, then setting up assessments of dumping and subsidies after-the-fact, so that they can justify them in court. All fair enough. There really wasn't another course of action open to them.

But that means that they really need to get these assessments right. There are lots of countries with a very large financial incentive to legally challenge British decisions in this area. They absolutely will take action, and they can do so at two levels: internationally at the WTO and domestically in the upper tax tribunal.

The first isn't too much of a worry. The WTO is slow. But the upper tribunal is here in the UK. It'll be much faster. And it will be able to pay careful attention to the manner in which these decisions were arrived at, because the mechanics for doing so – copied over from the WTO – were in last year's Taxation Act.

This is where you need to start dotting your i's and crossing your t's. If you don't do these assessments right, the ensuing legal challenge will succeed, and that puts British industry in danger.

Unfortunately – but entirely predictably – the government's trade remedy assessments look like they are in complete disarray.

The problems started during the battle between parliament and the government. Since the start of the year, the government has simply stopped putting legislation through the Commons, because it is petrified that MPs will use it as a vehicle to stop no-deal. Its entire legislative agenda has basically screeched to a halt,

One of the legal victims is the Trade Remedies Authority, which was supposed to be established in the trade bill. Not anymore. The trade bill is now on life support and the authority could never be established. Instead, they've come up with hastily-scrambled together back-up solution: a trade remedies 'directorate' inside the Department for International Trade.

It's all they can do, given they've given up on trying to actually pass laws. But there are consequences. When countries launch cases against the UK tariffs, this is a fact they're undoubtedly going to bring up. After all, Britain's own legislation says it needed a Trade Remedies Authority to do the work and here it is instead with some directorate thing it cobbled together because it's terrified of its own parliament. The whole thing's a shambles.

Then there's the staffing problem. The people they need for a trade remedies body are highly-skilled, very well remunerated, in short supply and mostly don't live in the UK. After all, no-one in Britain has needed to do this work for decades, it's all been handled in Brussels. You have to get them from overseas – probably from Brussels, America, Australia or New Zealand. And that means you have to make it financially attractive.

The pay offer ranged from around £35,000 to £60,000, depending on the civil service grade. These are decent salaries, but way below what these kinds of people would be paid in their current jobs.

The office was set up in Reading. It's a nice place, but if you're trying to tempt people over from Belgium or Australia, then London would be a more compelling and natural offer.

Maybe some people would have taken the pay cut anyway. They might have been intellectually fascinated by it, or believed in it, or thought it would have been worth it for the experience But then there was a further disincentive: it wasn't clear they'd even be doing the work.

If there was a withdrawal agreement, the trade remedies work might be delayed during transition. If Britain stayed in the customs union, it'd never be done. The UK government was basically offering people a pay cut to twiddle their thumbs in Reading for three years, with no guarantees they'd ever do the work at the end of it.

Even with these restrictions, the recruitment process was extremely poor. Some applicants didn't even know what trade remedies were when they interviewed for the job and the details of the work were not brought up during the application process. Some thought the phrase just meant general trade-related projects. Most have no prior experience in the area.

They are lacking in accountants, which is really the main thing you want in this work, and many senior figures are from completely disconnected backgrounds.

Lots of the key members of staff trained to do the trade remedies work have simply drifted off to do other things – some to the Foreign Office, some to the Treasury. Those left behind are frequently denied access to information, held by the department, on which it based its decision to maintain the EU tariffs in the first place.

Staff who complain that the approach being taken is clearly inadequate report being frozen out and even dismissed. They describe the same cult-like mindset evident elsewhere in the government: a culture of forced support for the policy no matter the evidence, a hatred of criticism, and the belief that the solution to practical problems is to believe harder.

But the work they're being asked to do cannot be resolved by faith. It is incredibly detailed and complicated.

You need to send off massive questionnaires to UK and target-country companies, on everything from rainbow trout, to ironing boards, to fertiliser. You then need to work out the endless product subcategories and compile them for price assessment: Smoked trout, or freshwater, or frozen? Filleted or non-filleted? Then you need to conduct verification checks at UK and target-country factories, calculate factory price-point, UK price-point and shipping costs. That proves dumping.

Next you have to prove injury. You need to show UK companies have been affected. And not just that, but specifically affected by the dumping of these specific products from this specific country. If you claim the dumping is from Turkey, but it transpires UK companies are losing out because of fish from Denmark, then you have a problem. The same process goes for subsidies.

Get this wrong and we're in trouble. The domestic challenge will basically be a judicial review case. If things are done sloppily, they won't survive it. You need to show decisions were well taken, the law correctly understood, and sensible back-up measures initiated. If there are staffing errors, if you've misunderstood the law, if your reasoning does not withstand scrutiny, the case will go against you.

These are the kinds of things you look at if you really care about and want to protect British workers rather than just pay lip-service to them. Instead, we have ignored these challenges, acted more like a priest than a scientist, and dismissed those who raise objections. All the worst features of the Brexit debate are there, like DNA, from the very top, down to the smallest parts.

A Department for International Trade spokesperson said: "The UK's new trade remedies system has been operationally ready since before the original Brexit deadline on 29th March, to ensure that UK businesses would be  protected from injury caused by unfair trading practices as soon as we leave the European Union.

"We have built a team of over 100 staff that have highly relevant experience and have undergone a comprehensive training programme. There is a positive and engaged workforce and staff satisfaction rates are well above the civil service average."