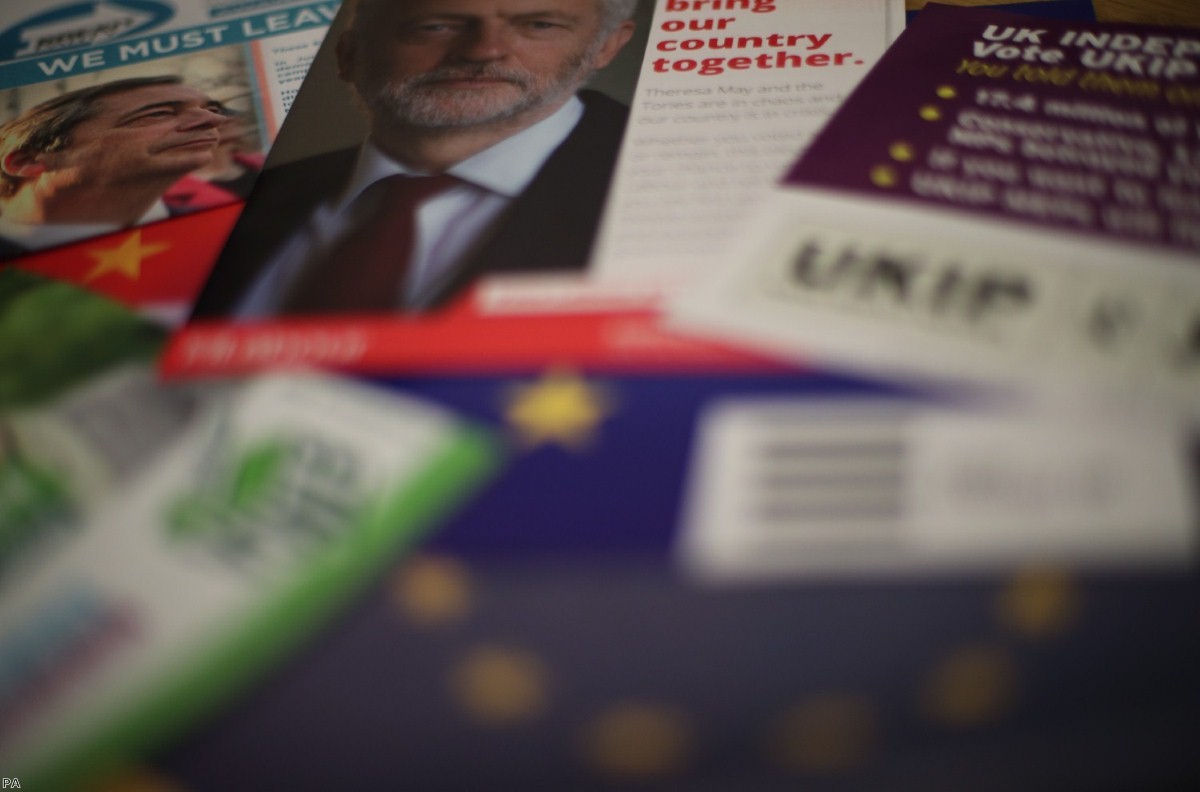 After weeks of wall-to-wall coverage of the Brexiters – be it Nigel Farage or the circus of Tory leadership candidates – it was Remain which came out triumphant in the end. The Lib Dems, Greens, SNP, Plaid and Change UK vote share, so far, was 40.4%. The Brexit party and Ukip together was 34.9%.

If you – rather crudely, but not altogether unfairly – add the Labour vote to Remain and the Brexit vote to the Tories, it comes out even starker. Just 44% for Brexit parties and 54.5% for Remain parties.

This is not the whole of the story, of course. The Brexit party still came top, with more seats than any other party in Brussels. It will send some truly dreadful people to sit in Brussels. But that story is very well covered, because it was granted relentless media promotion. Its rallies were treated like some kind of spontaneous spasm of British Leave desire. Farage was handled like a political savant. If you interviewed him, it gave him what he wanted. If you asked him tough questions, it allowed him to play the victim. If you threw milkshake at him, you turned him into a martyr. No matter what you did, he won. Even the party's logo, an ugly sideways house that doubled for an arrow on the ballot paper, was treated like a stroke of unrivalled genius.

And, to be fair, Farage's accomplishments are not be sniffed at. But stripped down and laid bare, they amount to a few percentage points increase from his 27.5% showing under Ukip in 2014, before Brexit or any of this rolling nightmare began. The graphs of the results show this soaring blue victor, without recognising that it is balanced out by the freefalling purple line representing Ukip. Farage is more similar to Tony Blair and New Labour in 1997, rather than a start-up initiative. It is an update on what came before – not a completely new endeavour.

But the elections answered one interesting question: What is Farage's top limit? After all, what more beneficial scenario could there be? Brexit dominates the news cycle, the Tories are dead, no politician seems able to take him on, and he is fighting European elections, in which he always over-performs next to general elections. In that ideal scenario, this is what he gets: A third of the vote. That's his upper potential.

But there is another question, one which people rarely ask, because it is unfashionable. How much longer can Remain be ignored?

After all, the other side is well served. Farage basically owned news channels and current affairs programmes for a month. The fight for the Tory leadership is already shaping into a contest into who can be hardest. But what is comparable on the other side? The Liberal Democrats, performing at 20.3% vote share and returning 13 MEPs, received hardly any coverage at all. The Greens were basically invisible.

How many times must Remainers show their commitment before the political class stops pretending they do not exist? They march through London, polite but firm, in their hundreds of thousands. They sign petitions in such tidal waves that they outnumber small countries. They turn local election results on their head. And every time, the same startled surprise from the news channels: that this thing they thought dead still lives and breathes and demands representation.

Remain politicians are partly responsible for this. Change UK were a complacent disaster zone.  The three main Remain parties failed to work together effectively. But they have at least done the one thing which the Labour leadership failed to do: provided a vehicle for a political view with huge support at a moment of national emergency.

The main culprit, of course, is Jeremy Corbyn and the immoveable ideologues around him. This morning, many of the usual faces will agitate for the party to keep its current trajectory. Seamus Milne, Len McCluskey, Caroline Flint, Lisa Nandy, and many others. They are of various degrees of quality and principle. McCluskey is thoughtless, irresponsible, and acts contrary to the values he claims to represent. Nandy is pensive and clearly pained by the moment. But it doesn't really matter. This is a unique historical moment, the kind we will not live through again. It requires bravery and recognition. We will all be judged by it in the end.

There is no point wishing for it to go away. Brexit is happening. It is fundamentally a yes-or-no question. There is no point saying that you want to talk about social justice, or that a many vs few 'hinge' is better than an open vs closed one for Labour. That is like a man in an earthquake saying he'd like to talk about Star Wars. It is irrelevant. Brexit is destroying Britain. Opposing it overrules all other considerations.

Labour's complacency on this issue, it's total absence, is now pounding it into the earth. Pushed into a dismal third place behind the Lib Dems. Down to 14.1% vote share after nine years in opposition. Down to third in Wales. Seemingly wiped out in Scotland. Labour was even beaten into second place in Corbyn's own constituency of Islington. The party is dying. Brexiters are suffocating it.

Are there costs to Labour backing Remain? Of course there are. Are they greater than the costs of refusing to do so? Plainly not.

The Brexit side enjoys complete simplicity. A party with its name. An engaging politician agitating for it. Endless coverage. A government trying to deliver it. A leadership contest in the Conservative party based on placating it.

Remain is split across various parties, denied a voice, laughed at, and ignored by the opposition. But over and over again, it has showed it will not accept Brexit and that it deserves a political voice. How many more lessons like this must there be before Labour realises that its moral duty and its strategic self-interest coincide?