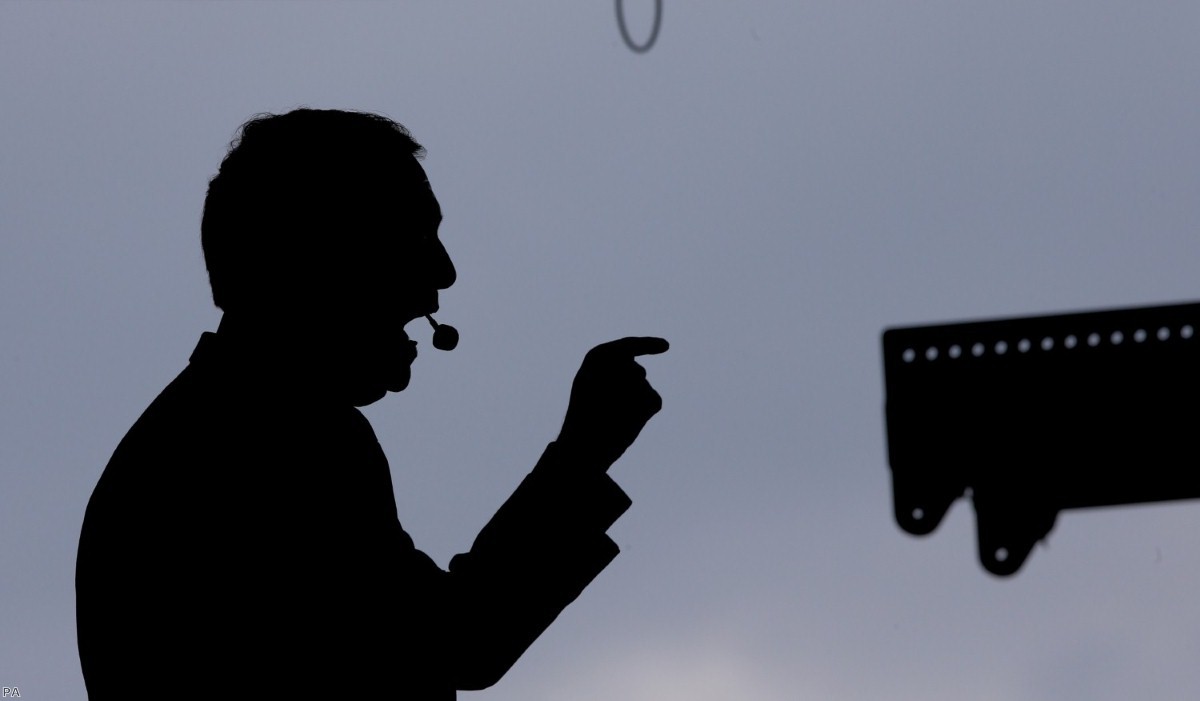 The Brexit party is a post-politics entity

The Brexit party is Britain's first truly post-politics entity. It is not based on reason or on policy. It is based on emotions and conspiracy theory. It is not really fighting the 'establishment'. It is fighting against enlightenment values.

No matter how long you research, you'll never find any content in the Brexit party. There is no manifesto. Its website is a politics-free zone. This is a product made entirely of packaging.

It's not even really clear what its Brexit policy is. There's a reference to "WTO Brexit" in Leave Means Leave boss Richard Tice's Twitter feed, and "clean Brexit" – whatever that is – from party leader Nigel Farage. Do they mean no aviation treaties between Britain and Europe? No equivalence arrangements for financial services? No cooperation on border processes? Presumably not. And if not, they are talking about some kind of deal, just a different one.

But even to go into that kind of very basic detail is to exceed what they have to offer. There have no ideas at all. And they're not supposed to. Their retail offer is emotional.

They pound a relentless drumbeat of betrayal, humiliation and destruction. Theresa May's deal "would only have been signed by a country that had been defeated in war", Farage said at a recent rally. The country was "humbled… humiliated". The "democratic process has been willfully betrayed". The political class are "treacherous".

So that's the combination: an absence of rational political content, an overabundance of emotional content, and a narrative frame focused on betrayal and humiliation.

Farage and his little coterie of candidates talk a lot about democracy, but in fact this way of doing things goes directly against democratic values. Democracy is based on the notion that voters will look at ideas, pick the ones they like, and vote for the party which proposed them. But by eradicating ideas from elections, that process becomes impossible. You can't compare what parties promise. If they win, you cannot judge what they have achieved, because they never revealed what they wanted to do. You are being deprived of your ability to rationally assess a political entity asking for power.

Then the emotional part kicks in. Emotions can't be assessed or challenged. They cannot be falsified or refuted. They are simply felt or they are not. There is no human improvement that can take place through a political debate conducted exclusively through feelings.

What are the emotions Farage encourages? Is it love and the common brotherhood of man? Hell, no. It is the same old story we always get from nationalist authoritarians: division and hatred. The nation is pure and good, but it is besieged from outside by enemies and inside by traitors. The shadowy elite are conspiring in the nation's decline.

It's no coincidence Farage appeared on the insane InfoWars programme with the conspiracy theorist Alex Jones recently. His worldview is drenched in waist-deep conspiracy gibberish.

On the programme, he talked of the "new world order" and "the globalists" – both code words for a paranoid view of the world which sees hidden forces try to dismantle the nation state and force diversity onto otherwise homogeneous people.

The critique is broadly in line with that used against Jewish people for centuries – that of a shadowy cabal of wealthy and powerful minorities, controlling events for their own gain. Jewish groups have rightly pointed this out, but of course it makes no difference – the dull daily thump of paranioa and hatred continues anyway.

Once you start paying attention, it quickly becomes clear that almost everything Farage says is a conspiracy theory. A Remain parliament stopped Brexit, he says, even though the vast majority of MPs want Brexit to happen and the deal would have gotten through if it wasn't for hardline Brexiter MPs. May herself is branded a Remainer, despite her every word being about delivering Brexit. So either MPs are secretely pursuing a Remain plot, or the prime minister is.

Note how both outcomes – Brexit happening and Brexit not happening – are a betrayal by some form of Remain conspiracy, either in parliament or Downing Street. We hear these lies so often we start to accept them as normal, but once you question them it is clear what they are. They're conspiracy theory. They're exactly the kind of babbling nonsense Alex Jones is always screaming about on his internet show.

That's the headline conspiracy, but Farage has another one for almost every aspect of society. At one recent rally he insisted young people opposed Brexit because of the "constant bias, prejudice and brainwashing" in British universities, and then insisted educational institutions were systematically marking-down students who supported leaving the EU.

Notice how effectively these approaches work together. First, you remove describable political ideas from the discourse. Then you introduce the notion of conspiracy all around you, where whatever does not correspond to your feelings can be explained away by powerful actors operating against your interests. Then you wash it all out with emotional storytelling about the nation being betrayed from without and within.

Who can you trust? No-one. What information can you rely on? None at all. There's just the party and its leader, who offer you emotional reassurance without any intellectual component for you to evaluate it. Your capacity for individual judgement is whittled away. The trust is not based on testable propositions, like policies and argument, but on feelings.

They call themselves patriots, but in truth the Brexit party opposes the values which might make anyone truly proud to be British: the ability to scrutinise power, the triumph of reason over passion in political discourse, and the rejection of conspiracy theory. They're in a war not just against other political parties, but against our whole way of doing things.