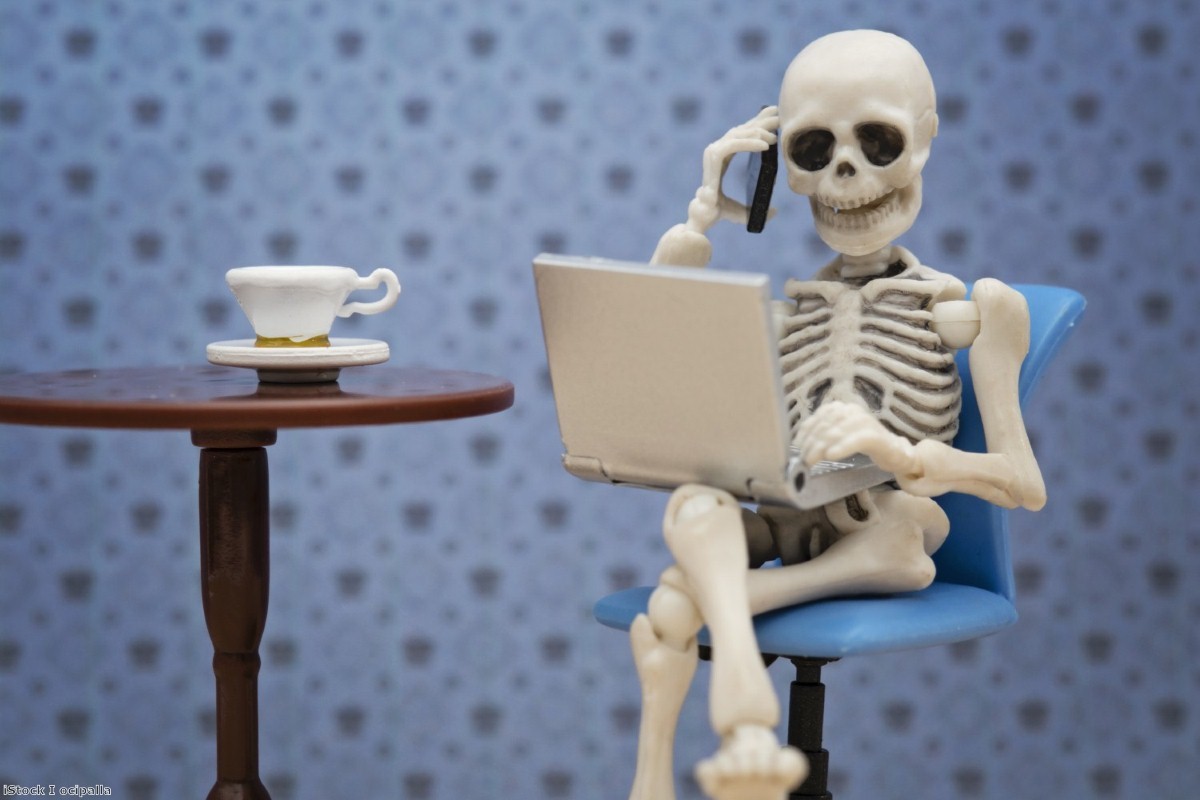 Week in Review: Everything is dead everywhere

What an appalling sight. The amendments to May's Brexit statement are like a collection of twitching corpses. Wherever you look – in the no-deal Brexiter ranks, in the ERG, in the DUP, in the People's Vote, in the Cooper-and-Boles club, things are appalling and lifeless and inadequate.

Yvette Cooper's amendment looked like a smart, well-thought-through measure to prevent no-deal. Her plan was to present a private members bill which sought a nine-month extension of Article 50, then pass an amendment which allowed it to be turned into law as quickly as possible. But now it is being savaged from all sides.

The Labour leadership took first dibs, by suggesting they would make their support contingent on it being reduced to just three months. Three months. These people are so absurd. It's three months between New Years and the cliff edge, and we've been panicking throughout. How is another three months of any use to anyone? What exactly is it they think will happen? Will Mary Poppins float down on an umbrella and sort it all out?

The truth is that the Labour front bench is scared of being seen as Remain, so they've tried to narrow the time while accepting the principle. It is pitiful to see MPs once again act like rabbits in the headlights whenever anyone suggests a proposal is designed to 'frustrate Brexit'. But that is exactly what is happening. More arbitrary, impossible deadlines are imposed, which serve to undermine, rather than enhance, Britain's position. And for no sensible reason at all.

Then there's the Lords problem. No matter how fast it is, the bill still needs to pass through the Lords, where eurosceptic peers have apparently been in talks with Liam Fox to filibuster it into oblivion. "We will fight this tooth and nail because it represents a clear attempt to frustrate Brexit," one of the lunatics said. They are charging us toward Armageddon with mad abandon and hate anyone who suggests we turn the wheel.

And then, at the end of the line, if all these obstacles can be overcome, is the small fact that the EU must agree to the request. It is uncertain they will. Theresa May lies as often as she breathes, but she was not wrong to say in her Brexit statement this week that the EU needs a reason to give us an extension. It can't just be to provide time for our prolonged emotional breakdown.

People's Vote weren't having a better week either. Watching them come out to announce that they would not be putting forward an amendment was a depressing spectacle. They don't have the numbers. They wouldn't even if Jeremy Corbyn backed them, because the MPs he'd lose from his side would negate the majority handed to him by the moderate Tories who'd vote with him. But his support would make a People's Vote the most credible alternative proposition, in terms of Commons support, and more MPs could be expected to slide over to it as the options narrowed.

That support however, is not forthcoming. He'll never do it of his own accord. He is happy to play stupid political games, putting forward vague amendments, which mean nothing, in a desperate bid to keep his fragile coalition of dreamers together. That's his only real constituency now: A bunch of people who want to pretend that he is more honourable and intelligent than he is.

When will he 'pivot'? When will his extraordinary master plan be revealed? Never, because there isn't one. He is as irresponsible as a leader of the opposition could be, given the circumstances. He came along promising to do things differently. In actual fact he is even more cynical and self-interested than his predecessors.

It would be troubling to see such disarray in the soft Brexit and Remain camps, were the other side not completely lost as well. The ERG and DUP have finally realised that their decision to kill May's deal has made Brexit less likely. So they are urgently trying to find some way of creating a rapprochement with No.10. But they've nothing. They've not a new idea between them.

The 1922 Committee chair Graham Brady and May ally Damian Green want to put down an amendment making support for May's deal contingent on "alternative arrangements to avoid a hard border". But they've had two and half years to come up with these alternative arrangements and failed to do so. It's like a child writing to Santa that he wants to run like Usain Bolt. Wishing and achieving are two very different things. And anyway, the backstop only kicks in if other alternate arrangements don't work. So this is just restating the text of the deal. These buffoons have staked everything on a text they haven't even properly read yet.

The DUP are now suggesting that they might accept the backstop, if it is "specifically time limited". It is quite remarkable to see this reported as news. It's just the same nonsense they've been vomiting out for months. There are not enough heads or desks in the world to express the extent of their limitless stupidity. If the backstop is time limited, it is not a backstop. Someone must set up a Kickstarter to send these people to English Language GCSE classes. They seem totally incapable of understanding even basic concepts.

Wherever you look, the same godawful spectacle. People with no imagination, repeating the same ideas which didn't work last time. The same old misplaced fears, about the same old referendum result. The same shocking degree of irresponsibility from Cabinet ministers. It's like watching a video of muddy water swirl down a drain, every hour of every day, for months on end.

Even an election wouldn't sort this out. What would be the Tory policy? May's deal or no-deal? It wouldn't make any difference. You couldn't get her MPs on side for either. So even if she got a majority, which she probably wouldn't, she still couldn't pass her bill. Corbyn's Brexit policy is just as demented as hers, but even more vague. Even if he got a majority, he'd be in the same position. An election solves nothing.

There is no fire escape. We are trapped in unconscionable circumstances by people who were warned that this would happen and did it anyway. The only escape route, and it is a desperate one, is for Cooper's amendment to stretch the time and Grieve's amendment, which hands MPs six government-free days in the Commons, to sort out what they're going to do. But even this basic, uncontroversial, bog-standard initiative is being sabotaged by government ministers, the Labour front bench, and MPs' own petrified, self-interested inadequacies.

What an abysmal godforsaken shower. They really don't have a single thing to recommend them.