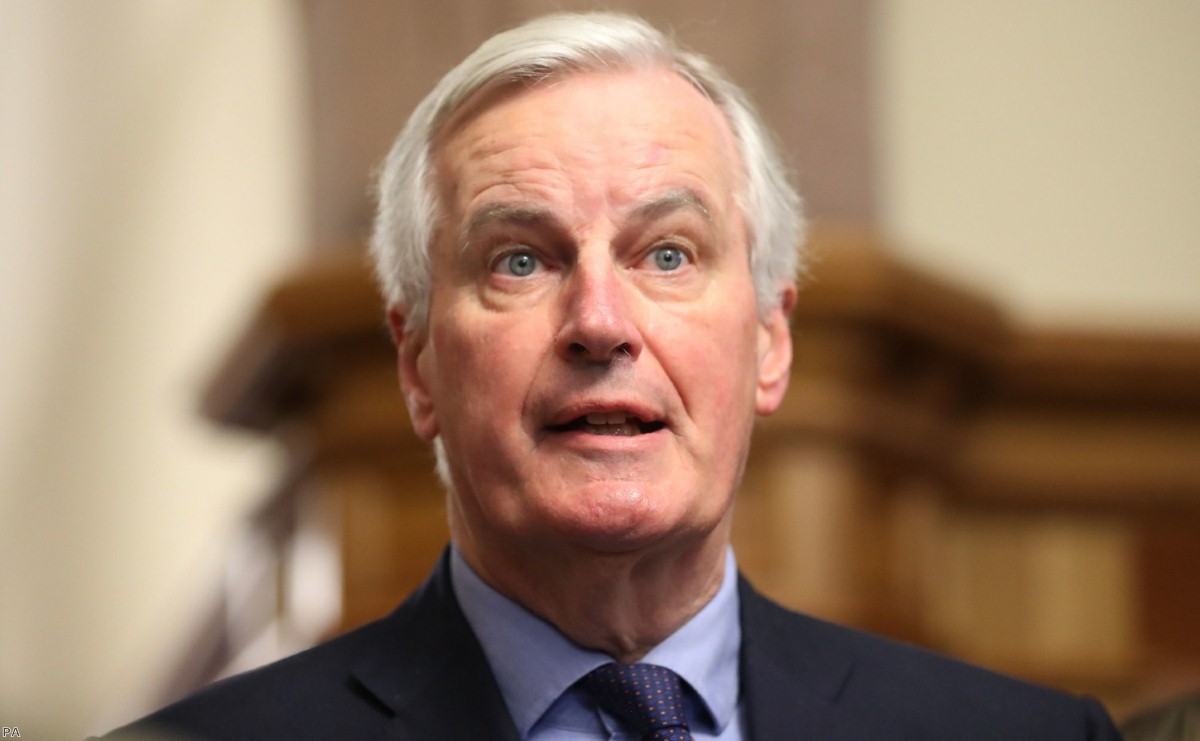 Last-gasp Brexit deal fix will poison our politics for years

You can see the outline of a Brexit compromise already. The two sides want it. They're talking kind of the same kind of language. The trouble is that the compromise position is so utterly deranged that it will poison our politics for years.

The only remaining issue preventing a deal is the Irish backstop. This is the promise that, no matter what, there will be a frictionless border in Ireland. Theresa May's solution is to make sure it'll be never be used, by signing up the whole of the UK to the customs union and the single market for goods. The EU's solution is to accept that as a baseline offer but demand that the promise for Ireland remains in the treaty just in case.

The talks are now on what those just-in-case scenarios might be and how to address them. The two main areas of concern are reliability and time.

The former, which May chooses not to mention for obvious reasons, concerns what happens when she is inevitably replaced, either by Jeremy Corbyn or someone in the Tory party. Then her customs union and single market plans might be replaced alongside her and the backstop would have to be activated.

The latter concerns the gap between the end of the transition period and the start of Britain's new trading arrangement. This would leave a window when we weren't connected to the EU ecosystem and the backstop would then kick in.

Both of these points follow from outright stupidity – on both the EU and British side – at the start of negotiations. They now threaten to define us by the same stupidity for years to come.

Back when the Article 50 process started, David Davis promised that the "row of the summer" would be over sequencing. The EU had demanded that we talk about divorce proceedings first, like transition and the backstop, and only then discuss the future relationship. This would produce two documents: one on divorce, which was a legal text, and one on the future relationship, which was a political one.

Davis surrendered instantly, in a way that defined his approach to Brexit: loud talk, lack of preparation, functional incompetence and instant capitulation. But the truth is he was right. It made no sense to talk about Ireland without addressing the future relationship. And we are seeing the consequences of that foolish distinction now, in the inability to use Britain's decision on customs and the single market to neutralise the backstop as an issue.

Now the EU is stuck. It put the backstop down in law, but that relates only to Ireland. This is considered an outrage in Westminster. The promises Britain is making about how the future relationship would make the backstop irrelevant are unreliable, because they're just going in a political declaration which can be easily repealed or ignored by a future prime minister.

But if you allow the backstop proposal to include the whole of the UK, May can use it to smuggle Britain into the customs union and single market without having to take on any of its rules and responsibilities. You've pre-empted trade talks in a kind of cheeky, protocol-inserting fait-accompli.

So the current rumoured solution is to build little legal bridges between the divorce treaty and the political future relationship document. Think of it like an anti-Jacob Rees-Mogg firewall. It would prevent anyone unpicking the future relationship when they take over, but still force May to accept the responsibilities of customs union and single market membership during trade negotiations.

This is sensible, but it will cause havoc among the Brexiters. They will realise that they're being prevented from sabotaging the Brexit deal from outside the EU and will therefore have an incentive to sabotage it now, before we leave.

Things get even more insane when it comes to dealing with the time issue. Again, the EU bears as much culpability as the UK on this. It has been exactly as stupid as No.10. Both of them are living in a little fairy tale house, made of wishes and shortbread.

The transition does not need an extension of one year. It needs an extension of at least five and probably a lot more. Canada, a nuts-and-bolts, goods-only trade deal, took five years to negotiate and two to ratify. The deal we are going to be negotiating, by comparison, is unprecedented in human history. Never before have two large trading entities entered negotiations to pull themselves further apart.

We know how normal trade deals operate. You work down your tariffs. You stitch together some mutual recognitions agreements so that goods move faster. Maybe you do a deal on public procurement and intellectual copyright. And then you're good to go. The crucial thing is that both sides want similar things.

This is completely different. This is about taking two economies which are melded together through regulation, shared institutions and decades-old trade flows and extracting them from one another while trying to sabotage neither.

Negotiators will not be able to point to the usual easy wins of a trade deal – that this sector or that will have gotten rid of tariffs. They will only be able to point to attempts to satisfy a mercurial mandate from a dated referendum. It will be an absolute mess, without useful metrics to assess how it is going. It's not clear what Britain wants or if it can even articulate it, let alone negotiate it.

The opening period of the transition, from April 2019 onwards, will involve no meaningful trade talks at all. First there are the European parliament elections in May, and then the election of a new EU commissioner on the basis of the results. Nothing will get done until that's over with.

Then the British team need to develop a clear idea of what it is they are trying to achieve. What exactly will be the arbitration mechanism in the deal? The European Court of Justice will be involved somehow, but how much involvement can we countenance? How much influence can we get over regulations from Brussels? Norway has a contributory role in the formulation of new laws and active civil service involvement in enacting them at the national level. Is that enough? Or is it insufficient? The more control we want, the longer the talks will drag on.

Then the deal needs to be ratified. This will require the support of all EU member states in their own parliaments, including some regional parliaments, like Wallonia, where the far less controversial Canadian trade deal was nearly destroyed.

And then there is the implementation period (the real one, not the one May invented a couple years back). The new trading arrangements will require infrastructure which must be built and new systems – for IT, staff training, administrative oversight, regulatory surveillance and more – which must be put in place. If you want a glimpse of how hard, time-consuming and fraught with danger that is, consider the government's current struggles with the Universal Credit system, or HMRC's awkward and confused attempts to implement a new clearance system for customs. And then multiply it countless times.

The current transition time limit is 18 months. That is laughable. No-one, not one single person who understands what trade deals involve, thinks it is realistic. And yet there it stands, like they put clowns in charge of an international negotiation.

The new EU offer is of one additional year. And that is the clown's gag. That's the punchline.

This just creates a new cliff edge at the end of 2021. But this one will actually be harder to deal with. The EU's legal power to offer transition is in Article 50. But to get a new power for another transition it has to go to member states and ask for it. And then we're at the mercy of every country in the EU.

On the British side, the offer has been met with the usual self-harming disdain. Tory MP Nadine Dorries launched a typically ignorant attack last night. More will follow. The disconnect between reality and rhetoric in Westminster right now is genuinely alarming. They have watched the UK get pulverised due to the EU's time advantage for two years and learned so little that they now demand it happens again.

If Theresa May is asking for a longer transition period, she is stalling. It’s time to stand aside and let someone who can negotiate get on with it and deliver. I fully support DD as an interim leader. I’ve done my bit. It’s time for my colleagues to do theirs. #Brexit

But even if the transition could be extended to a credible period, we would still be in a living nightmare.

Eventually the EU will pass a law which is against UK interests – probably something on the City. We'll have to take it on and it'll explode into an ugly row. There's also a new EU financial plan for 2021-27 coming down the runway. If we're still in transition then – and we will be – we need to pay into it. But we'll have lost the rebate, so the sum will have gone up, with all the consequent confected outrage that will entail.

This is seriously ugly stuff. The tricks being dreamed up right now might allow May to sign off on a deal, but they do not guarantee she can get it through parliament. Even if she does, they'll either create a new cliff edge in the early 2020s or open up a whole new vista of pain into the end of the next decade.

Any responsible leader would at least extend Article 50 while we try to come up with a viable long-term solution which isn't so fraught with peril. But to suggest this is considered radical and extreme. That's what it's like when you let the lunatics take control. The basic conditions of sanity are precisely those which can never be countenanced.