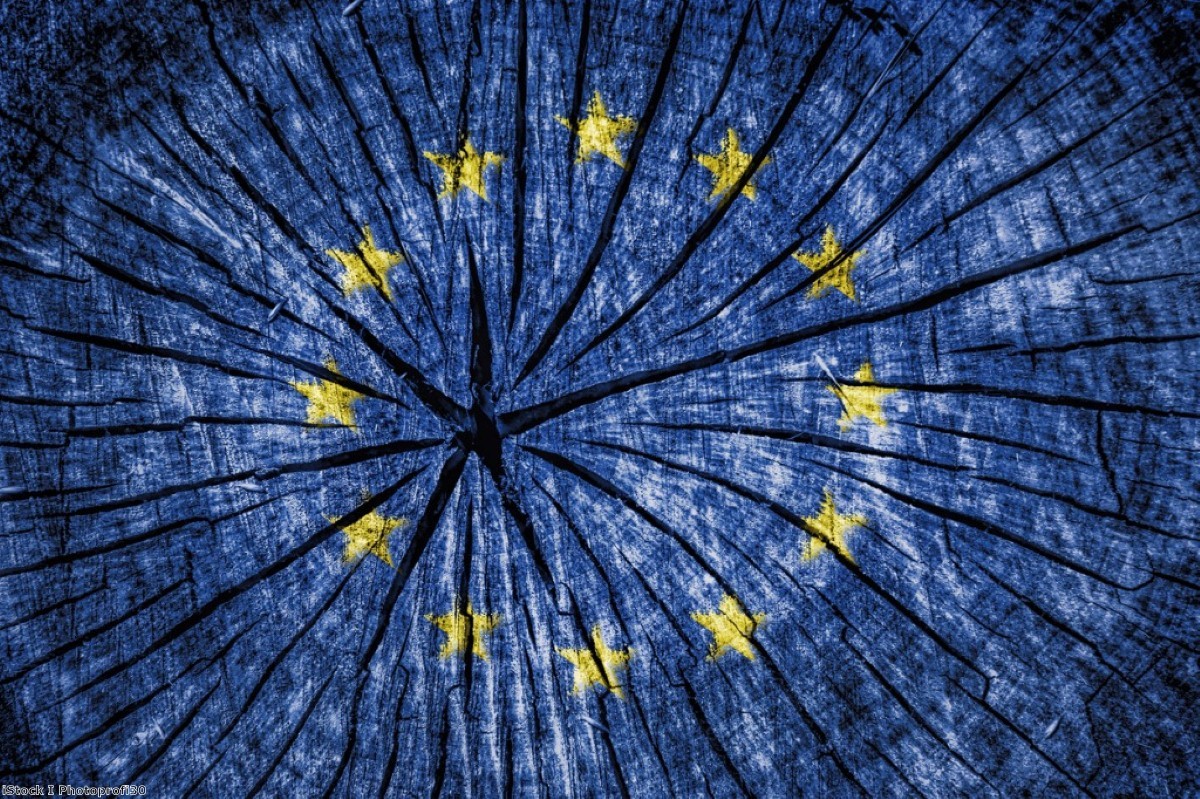 Today's new polling by the King's College London Policy Institute is extraordinary for several reasons. It shows concrete granular evidence that views are softening on Brexit across the board. And it does something which must now be considered quite radical: it is honest with people about their options. It tries to communicate about Brexit in clear and comprehensible terms and then asks people to treat it as a question of competing priorities.

That is the reality of what the Brexit debate entails, but it is a reality which is so rarely acknowledged that it should be unsurprising when it throws up shocking results.

The technique the researchers use is called 'discrete choice modelling'. It was first developed by an economist named Daniel McFadden in the 1970's during the construction of the Bay Area Rapid Transport system in San Francisco. He wanted to know how many people were going to use the train. But instead of just asking them, which rarely provides accurate results about future behaviour, he collected data on the existing travel choices of 700 commuters. Then he developed a model to explain what modes of transport people were observed using and quantified the relative importance of various factors, like time or cost. It proved an extremely effective predictive mechanism.

The trick is to avoid getting people to talk about things directly. If you present them with a list of Brexit options – Remain, Norway, Canada, customs union, WTO – it carries with it all the emotional baggage and tribal identity that we've picked up over the last two years. People are generally terrible at providing abstract valuations. What they're very good at is making decisions about concrete things. They do it every day.

So instead of just putting together a list with all the Brexit terminology and handing it to respondents, researchers gave people attributes describing a relationship with the EU: freedom of movement for holidays, freedom of movement for working and living in Europe, the ability to make free trade deals outside the EU, access to the single market for goods and services, the power make our own laws, and contributions to the EU budget.

It is depressing how radical this feels. The debate around Brexit has seen politicians and journalists use emotionally-loaded terminology in order to pursue their agenda. That goes from the basic tribal identity of Leavers and Remainers to the ubiquitous call to 'respect the will of the people'. Whenever any kind of Brexit is mentioned which the speaker does not support, they simply say that it does not respect what people voted for, and then list whatever their preferences are.

But this says nothing about the people and everything about them, because there is no will of the people. It does not exist. People are endlessly varied and unpredictable. Once you look at the Leave vote, it splits several ways, as do Remainers. Even the broader demographic categories which we use to understand the result, for instance between graduates and non-graduates, are far more complex than we make out. The study found that graduates were, as expected, more likely to feel strongly about retaining free movement. But they were also more likely to feel strongly about certain Brexit ambitions, like being able to sign our own trade deals.

Structuring the issue in this way doesn't just demystify the options. It also addresses the process. This shows Brexit for what it is: a series of trade-offs. If you want full access to the single market, then you lose full control over your laws. If you want your goods to flow freely within Europe, you'll struggle to sign independent trade deals outside of it.

The idea that trade-offs do not exist has been perhaps the greatest lie of the Brexit debate. It is defined by Boris Johnson's cake-and-eat-it line: that he can smear the cake all over his face and consume it at the same time. This lie has made it impossible to accept any deal on offer.

Theresa May once engaged in it too. The first year of her administration involved her pretending trade-offs did not exist. Now she reluctantly concedes that they do, but it is too late. She engorged the lion with these myths and now it has the strength to eat her.

There's one final act of radical truth-telling this study engages in: reciprocity. It shows that what you want done one way, whether it's free movement or trade, will happen the other way too. So it is not enough to ask what you want to happen to people coming into Britain. You must also ask whether that desire is strong enough to accept it applying to you when you want to go to Europe.

This was a key structural component of the nonsense edifice. Johnson led a campaign attacking freedom of movement and then, immediately after the referendum, wrote a piece promising people they could still settle down in Spain. Our debate has been hopelessly inward looking and parochial, as if we are only talking about what we will accept. But the reality is that the limits we impose will also apply to us.

The research was conducted in April and May 2018, before Chequers was published, but it's telling that May's current proposals couldn't be put in the study anyway, because they are too vague and non-existent to be given meaningful descriptions. "The Conservative government’s Chequers proposal is not specific enough to effectively analyse," the authors conclude.

So what happens when you strip out the myths and show what people's choices are? The headline finding is that people want a very close relationship with the EU which most closely resembles EEA membership. Support for this option rose from 38% when the team did this research in 2017, to 43% today.

They put a high value on restricting free movement too, but again not as much as single market access. Interestingly, their immigration concerns largely centre on managing demand for UK public services. This specifically relates to requiring EU visitors to have health insurance and a job before they can access public services.

They also want sovereignty over laws, but, again, not as much as access to the single market.

There is concrete evidence of a shift in people's Brexit positions across the Remain/Leave divide which will not please the ERG crowd.

Remainers are hardening. Eighteen per cent of the Remainers who would have accepted an EEA-type deal last year are now backing staying in the EU. In total, 88% of them want to either stay in the EU or the EEA.

Leavers, meanwhile, are softening. Thirty-four per cent of them would accept an EEA deal now, up from 24% last year. The number wanting customs union but not single market membership fell from 19% to 16%. The number supporting no-deal fell from 44% to 39%.

Political parties lack either the ability or interest to reflect the views of the public. This could be because the Brexit faultline cuts across their support in a way that distorts the policy positions they feel able to put forward. Or it could be because they are lost in the same misleading, tribal, bait-and-switch dogfight as everyone else. But the fact that the most popular options are considered unsayable by the political class suggests something has gone terribly wrong in this country.

This is frustrating, but there is still something reassuring about the study. If you turn down the deception and tribalism, you can hear the sound of people's nuanced and complex views on Brexit outcomes. A political culture which promoted rational debate, rather than self-interested blather, would make this whole process a lot easier and less harmful.