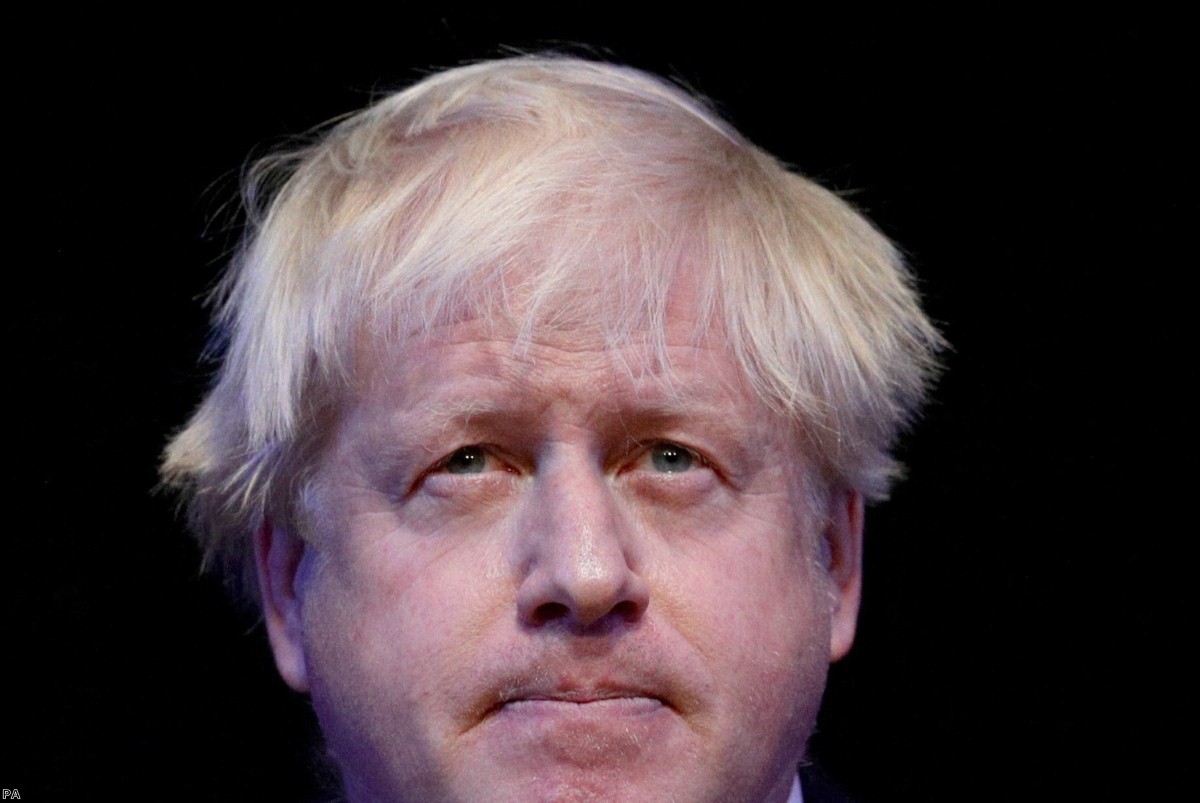 Johnson speech: It really looks like May is going to lose that Brexit vote

At this late stage, the Brexit debate is between compromise and extremes. The former camp is defined by Theresa May's Chequers plan, the latter by the no-deal Brexiters and People's Vote Remainers. What works for the compromise position, hurts the extreme positions. Whatever hurts it, helps them.

Today, Boris Johnson got up on stage in Birmingham and made a barely-concealed leadership bid which aimed a gun at the heart of the compromise position. It is hard to see how Chequers can survive it.

"This is the moment to chuck Chequers," he said. "To scrap the Commission's constitutionally abominable Northern Ireland backstop. To use the otherwise redundant and miserable implementation period to negotiate the super-Canada free trade agreement… And to prepare much more vigorously than hitherto for coming out on WTO terms."

The plan is impossible. If you reject the Irish backstop, you can't secure a withdrawal agreement. And if there's no withdrawal agreement, there's no time to negotiate "super-Canada", whatever the hell that is. So the only really pertinent bit of the plan above is the final part about preparing for no-deal, because that is exactly what its mangled logic would entail. It is a no-deal pitch.

But the really telling moment, the moment the trigger was pulled, came in a separate section on timing. "Do not believe that we can somehow get it wrong now – bodge it now – and fix it later," Johnson said. "That is a total fantasy. The opposite will take place. I've been watching the EU professionally for 30 years. Every time a referendum goes against the federalist cause I have seen how the forces lock on and slowly the offending country is winched back into place."

Boris Johnson says it's a "total fantasy to believe the UK can "bodge it now, and fix it later"

It's conspiracy theory nonsense of course. Federalists are precisely the ones who most want Britain out the EU, so they can get on with things. And most of the rest of Brussels has finally lost interest or faith in keeping the UK in. They'd happily have the whole thing over and done with. There is no grand plan to anchor it down.

But the validity of what he is saying is not relevant. What matters is what it suggests about May's chances of getting Chequers through the Commons. Johnson is aiming his argument directly at fellow Brexiters, trying to convince them to vote against May's deal when it returns to Westminster, probably towards the end of the year.

Until now, many Tory Brexiters told themselves that they'd have to swallow the withdrawal treaty – which is the only legally binding bit of the Brexit agreement – and could then fight off the future relationship part from outside the EU. Johnson is discouraging that tactic. This robs the compromise position of a substantial slice of its support base in parliament.

He is not alone. Former Brexit secretary David Davis recently said he would "vote against Chequers, full stop". Earlier today, DUP leader Arlene Foster warned she was "not bluffing on this" when talking about the checks which would probably be required in the Irish Sea if a backstop was implemented. Deputy leader Nigel Dodds said there'd be "no border of any kind down the Irish Sea" – customs, regulatory, political or any other. That shoots down embryonic ideas in Downing Street for limiting checks to certain necessary aspects of trade as part of a fresh attempt at Chequers.

Last week Labour all-but confirmed it would vote against the deal May brings back to the Commons. We know all other non-DUP opposition parties will too. Today it seems the DUP will probably join them, and that plenty of Tory Brexit hardliners will too.

The numbers just don't stack up. It's getting harder and harder to see how May can win that vote. Maybe centrist Labour MPs will rebel the party whip and back her, out of fear of no-deal? But that too seems unlikely. They trust Keir Starmer, who is pushing for a rejection. And the People's Vote campaign has given them a more optimistic narrative about how no-deal can turn out.

Full disclosure: I said repeatedly this was unlikely to happen and that ultimately the ERG and other headbangers would fall in line. Even this morning, in this piece, I considered it probably the most realistic outcome. But Johnson's speech and the DUP's statement of intent make it increasingly hard to see how that happens.

Unless something shifts, the compromise position is set to fail. And then it will be the two extremes facing each other again: No-deal Brexiters versus the second referendum Remainers. And God knows how that shakes out.