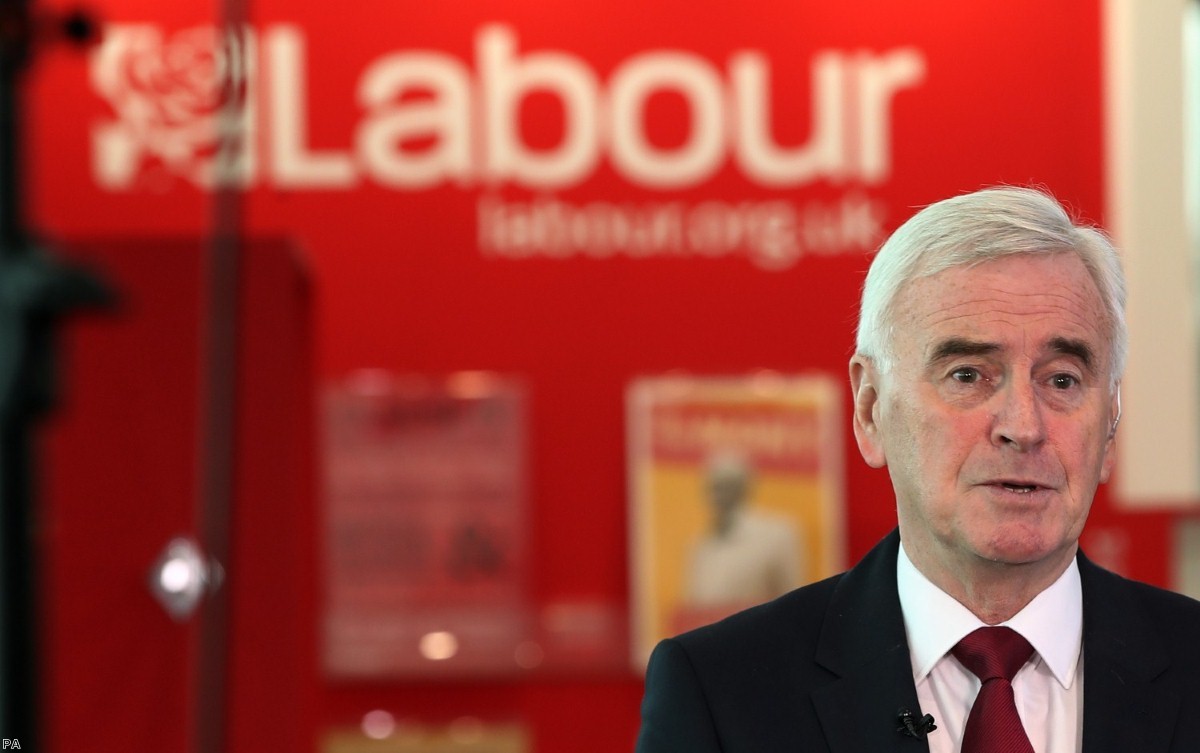 In the end, it was made even more toothless than we could possibly have imagined. After an evening of late night politicking, the Labour leadership has taken grassroots demand for a People's Vote and turned it into a position which is even more pro-Brexit than the one they had going in. This should be a sobering lesson for those who take Jeremy Corbyn and John McDonnell's claims about party democracy at face value.

Going into the conference, the leadership's attitude towards a People's Vote was that 'all options should be on the table' but that they'd ultimately prefer a general election. This morning, it is that Labour is pushing for a general election and only supports "all options remaining on the table" if there isn't one. In a way, you have to admire the chutzpah. They have actually massaged down their commitment.

Once all the 'composite' work was done, shadow chancellor John McDonnell walked into the Today programme studio and went even further. The vote he was talking about would not offer the ability to stay in the EU at all.

"I respect the referendum," he said, "We lost we have to respect that. It was a democratic decision. That's it."

So what exactly would be on the ballot paper? Certainly not Remain. "We'll be arguing that it should be a vote on the deal itself and then enabling us to go back and redo the negotiations," he said. Pressed again on whether there'd be an option to stay in, he added: "The issue now, if we are going to respect the last referendum, it will be about the deal…. The people's vote will be on the deal itself and whether we can negotiate again."

It's as cynical a manoeuvre as you could imagine: Taking local delegates from a grassroots campaign, inviting them smilingly into the jaws of the party beast, at a late night meeting, with press outside and politicians inside, and working them over until you've churned out a motion which is actually weaker than the policy you had before. Then trotting out happily the next morning to the radio studio and really plunging the knife in.

But then, this is standard operating procedure for Labour: presenting things in vague, passive language and high principle, and then working constantly behind the scenes to use the party machinery to your advantage.

McDonnell's vision of how a vote would operate has the additional quality of actually being less realistic than the government's. He seems to think that the options on the ballot paper would be 1) the government deal, or 2) for Labour to go have a go. Presumably, if there was no-deal, as the conference motion states, the option would be between that and a Labour negotiation.

However, there is one glimpse of hope among the mess. It's back to the standard Labour Kremlinology of parsing their texts for Brexit keywords, I'm afraid. But in this scenario, both the motion and McDonnell's interview contain some interesting nuggets.

The motion retains the standard Keir Starmer promise of "full participation" in the single market but then adds, fascinatingly, that Theresa May's Brexit tactics are threatening "freedom of movement".

This is unusual. Usually, Labour Brexit material carries the cowardly formulation that leaving the EU would end free movement. This is false, but it works to distance the leadership from its policy in the eyes of young metropolitan voters while reassuring their older northern voters than there will be changes to immigration policy. Instead, the motion tacitly suggests Labour is now once again pro-free movement.

It's a particularly interesting move when you consider something else McDonnell said in his interview. It was put to him that he didn't like the EU because it put limits on what a future Labour government could do. This was a reference to state aid rules, which the leadership and its outliers have insisted would prevent their socialist project being implemented.

Today, that changed. "I've heard this allegation," McDonnell said, not mentioning that it was from his own colleagues. "In our discussions, we've had with our European partners, they want a working relationship with us that's close and collaborative. They see no impediment with regard to a new relationship we're going to establish that would prevent us implementing our manifesto."

He is exactly right but he has not been prepared to admit it until now. EU state aid rules were no impediment to the Labour manifesto, and this has been demonstrated thoroughly by academic research. McDonnell seems to finally be accepting that.

Put together, this removes two obstacles – ending free movement and removing Labour from state aid – to single market membership. The party seems to be removing almost any obstacle to a soft Brexit – Norway plus customs union.

This would also be much easier to negotiate with the EU in terms of time and fits into one of the pre-existing categories on offer. It might even be so attractive and simple that, if a Labour government did get into power before Brexit Day, it would extend Article 50 to negotiate it.

So that seems to be the Labour leadership's new approach this morning: cutting down the grassroots campaign for a People's Vote, but moving, slowly and subtly, towards accepting soft Brexit.

The trouble with all this is that Labour is not in power. Even if May returns with no-deal or has it voted down in the Commons, there is no guarantee that there will be a general election. So we're left where we were in the first place: with the Tories making the most godawful mess of the country and Labour content to sit there and prevaricate, occasionally issuing weirdly encrypted public communications designed to give everyone just enough hope to stick with them.