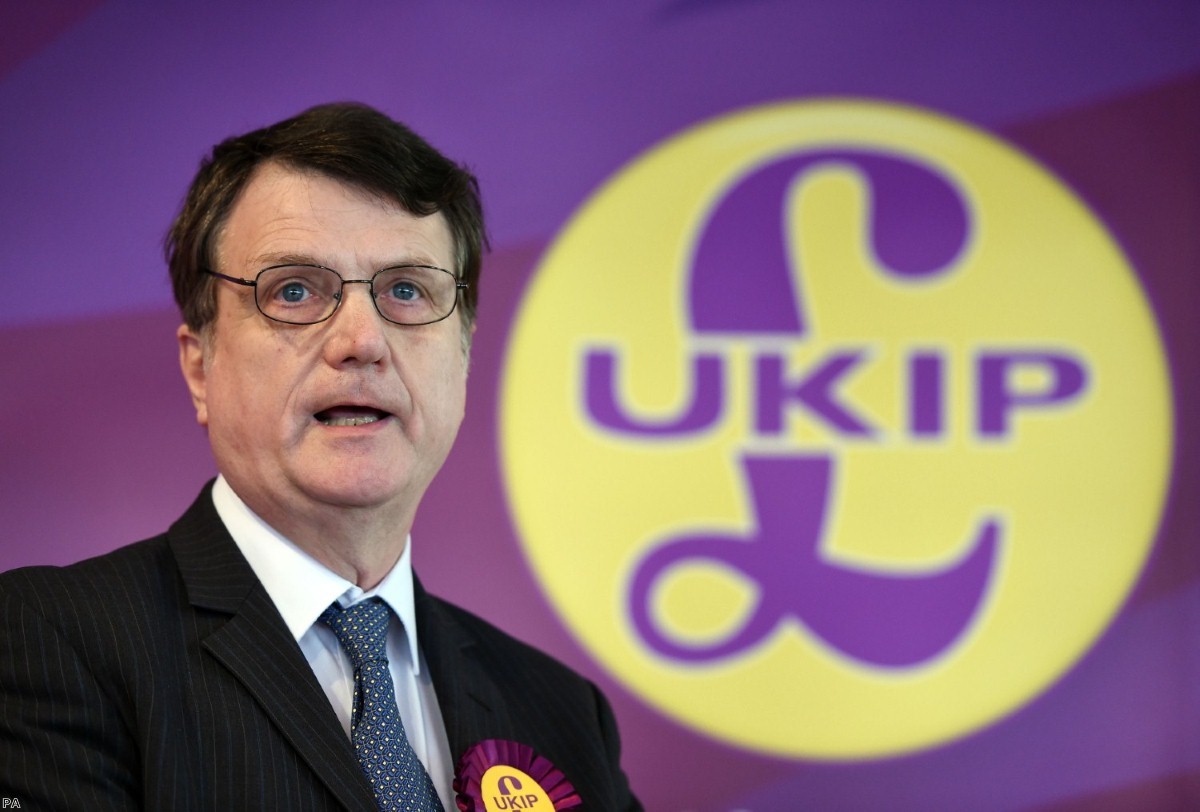 There were only ever two directions for Ukip to go after Brexit. It could either paint itself as the guardian of 'true Brexit', which would be defined in opposition to whatever compromises a government would need to make to deliver it. Or it could shift further to the right into explicit Islamophobia, in the style of Donald Trump and Viktor Orban.

Nigel Farage has carried the flag for the former approach, while new leader Gerard Batten has opted for the latter. This week he revealed just how far he was prepared to take it.

An interim manifesto unveiled for a party conference on Friday proposed Muslim-only prisons, special screening for Muslim immigrants, the repeal of all equalities laws, abolishing hate crimes and the Equalities and Human Rights Commission, and a five-year time limit on new immigrants before they are allowed to buy homes.

The language of the manifesto also borrowed from the far-right, with constant references to "the political doctrine of cultural Marxism" (God knows), as did the guest list, which includes a bunch of internet eccentrics and crackpots.

Batten uses the standard mental construction of authoritarian nationalists everywhere: the purity of Britain's "peoples" being threatened by an inferior and yet somehow also extremely powerful Other, in this case Islam. And there are, as usual, the standard dreary conspiracy theories about the "politically correct thought police knocking on our doors".

At no point do these guys ever seem to realise that they are making the exact argument which they claim it is impossible to articulate because of the thought police. If the conspiracy was real, why are they free and saying all the things which apparently you cannot say? It is an argument which refutes itself the moment it is said out loud.

Quite apart from the obvious moral objections, the proposals would actually increase the problems they are ostensibly meant to solve. Putting all Muslims, regardless of their crime, in one jail – pickpockets mingling with terrorists – would, of course, increase the risk of radicalisation. Scrapping equality legislation so that anyone can discriminate towards people, say by refusing to sell to them or putting up signs outside their restaurant saying 'No Muslims', would increase the social prejudice which drives some people towards extremism in the first place.

For everyone else, the main task when faced with grotesque proposals like these is to strike the right balance in response.

Ukip cannot be ignored. Batten has struck up an alliance with the far-right figure Tommy Robinson. They can mobilise a few thousand people. Protests over Robinson's imprisonment earlier this year saw a coming together of the jackbooted British far-right and the tech-literate American alt-right under Steve Bannon.

You have to keep your anti-fascist eyes on that. But you shouldn't allow it to affect your own thinking. Far too many centrists, leftists and liberals feel they need to accommodate the far-right, whether it is on challenging Brexit, or giving up on free movement, or acknowledging the 'perception' of problems with immigration.

It's a nonsense. They are a tiny group of self-hating hysterics who have projected their damaged sense of self onto imaginary enemies. You cannot ignore them. But you can mock them and their sad little fantasy policies. Batten in particular is worthy of the most extensive ridicule. He should receive it in spades. After all, anything else would be political correctness gone mad.