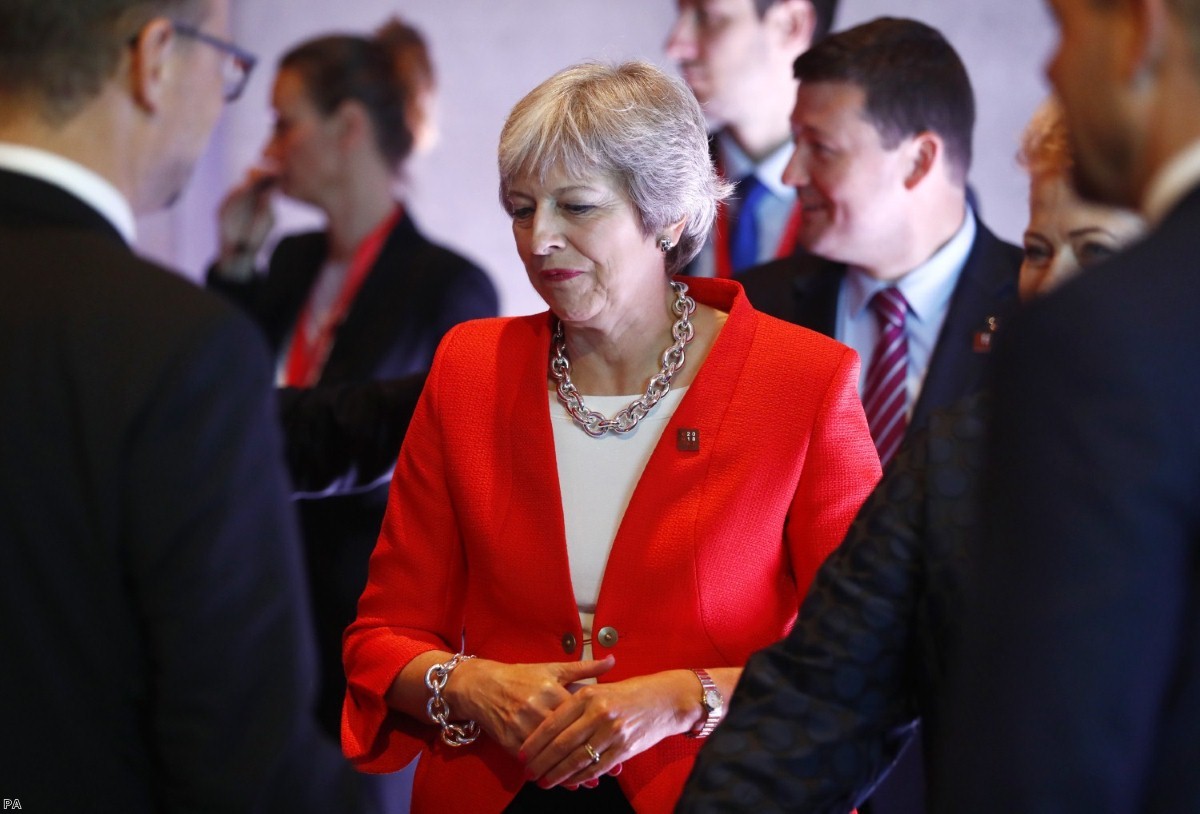 Not many people saw that coming. We all expected Brussels to be saying nice things about the Chequers proposals until after the Tory party conference at least.

They did not do that. Instead, they took Chequers down a back alley and kicked its head in. European Council president Donald Tusk said it "will not work" and even held off confirming a special summit in November if Theresa May hadn't sorted the Irish backstop solution by October – something she has said she cannot do.

French president Emmanuel Macron was particularly undiplomatic. "Those who explain that we can easily live without Europe, that everything is going to be all right, and that it's going to bring a lot of money home are liars,” he said.

The only support May seemed to have was from Hungary and Poland, the two right-wing authoritarian governments in Europe, both of whom are under disciplinary proceedings for failing to live up to European values. It is assistance she could probably do without.

In a sense none of this is surprising. Everyone knew Chequers was nonsense, a piece of blithering technical mythmaking intended to solve political problems rather than practical ones.

In reality, once you took off its make-up, it was May's attempt to pretend that she would be able to pass the Irish backstop without strapping the whole UK economy to Europe.

These were the dominoes she'd lined up: signing the Irish backstop means you guarantee there are no checks on the Irish border. The only way to guarantee that is to have Northern Ireland sit in the regulatory system as the rest of Europe. But if you did that, you'd need to have checks in the Irish Sea, which the DUP could not accept. So Chequers was designed to bring the whole of the UK into the same regulatory system as the EU for goods.

It went as far as it needed to fix the Irish problem. After all, it's only goods -actual physical things – that need to be checked on a border. Services are checked where they are delivered, for instance by checking the qualifications of the architect you want to hire.

But there was a problem. As the Europeans said over and over again – they must have literally done so at least once a day for the last two years – you cannot divide the single market. If you're in it for goods, you need to be in it for services.

May wanted to pretend this was not true. She dressed it up in terms of compromise and all the rest, but ultimately the myth was that you could separate the single market. Why? Because she knew she could not get full regulatory alignment of goods and services past her party. And she was right. The goods alignment alone made them wet themselves.

Brussels would sporadically say this out loud and then, at other times, it would welcome the proposals as the basis for future discussions, which was really a euphemism for a staging post towards Britain eventually doing what they told it to do.

That's where the unspoken and unholy informal alliance between Brexiters and Brussels came into play. This was the slippery reality of the negotiation.

Chequers or Norway or Canada or whatever other models you have only need to be discussed after Brexit Day. It is part of the 'future relationship' agreement, which isn't even a legal text. It is completely distinct from the withdrawal agreement, which is like a big stone tablet of doom: a proper legal text containing the Irish backstop, citizen's rights, the budget payment and the rest.

Most Brexit observers, therefore, presumed the future relationship document would be an abject fudge, gleefully conspired by all sides.

That's because it was in everyone's interest. The Brexiters wanted to at least secure Brexit, just get the bloody thing done, and have the real fight over future regulatory alignment from outside the EU. Europe just wanted a deal, because the chaos of no-deal would be intolerable to any sane person. Putting off the reality of Chequers' impossibility seemed the best way to do that, especially given May seemed so isolated and vulnerable at home.

The expectation was that May would capitulate on Ireland, albeit with a form of words which allowed her to try and sell it back home, fudge the future relationship stuff, get Brexit done, and then the fight would start again on the other side of March.

But today's events suggest something has changed. You could see by May's expressions, which were even more strained than normal, that she had been taken by surprise. Things had fallen apart.

Perhaps they grew tired of Britain presenting Chequers as a take-it-or-leave-it proposition. After all, May's shock suggests she might have really believed it would fly. We must pray that is not the case because it would suggest that she is so detached from reality that she cannot functionally perform the role of prime minister.

Perhaps they have decided that they will not fudge the future relationship before March. Doing so might strap them into years of wrangling over regulatory alignment with a country which is now very volatile and internally chaotic.

Perhaps they thought that it was strategically sensible to attack May just before her party conference, although it is not clear why they would come to that conclusion. Or maybe it was just one of those moments of unscripted emotional dominoes, with events swinging one way or another due to perceived idiocies or acts of disrespect. It's not clear.

What is clear is that a deal just got a lot less likely. The government needs fuzz, not clarity. Clarity is death. The deal will be hard to secure if a detailed version of the future relationship is considered a requirement. But it will be easier to secure if everything is blurred and fuzzy. Today's summit went from an old TV with a coat-hanger for an antenna to full-on 4K widescreen. That's bad.