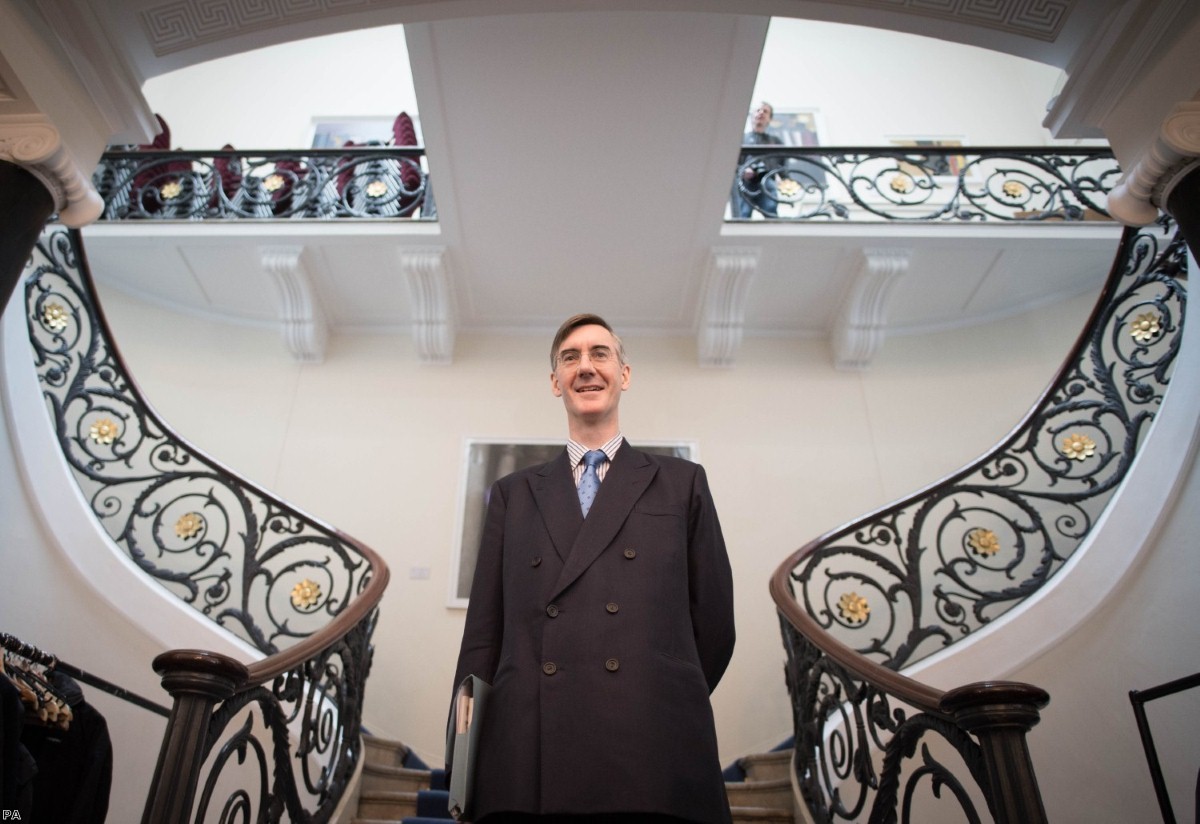 The Economists for Free Trade are a ragtag bunch of Brexit-supporting eccentrics whose primary function is to make all other economists feel better about their life choices. Their latest press release, which comes with a Jacob Rees-Mogg stamp of approval, is a masterclass in babbling nonsense. It is designed to promote their new report on why Britain would be fine if it fell off the cliff-edge in March next year, contrary to the findings of every credible independent body in economics or indeed any industry body.

It is hard to find a single accurate sentence in the entire thing. It is so full of legal, economic and logical misunderstanding that it is genuinely easier to highlight the sections of it which are true. However, that would also be less fun, so let's stick with the traditional methodology.

It starts with the first sentence of the second paragraph. "A world trade deal under WTO rules would boost the UK's trade with the rest of the world including Europe," it reads. It is a quite completely insane thing to suggest.

Firstly, there is no "world trade deal". There is a WTO safety net which, among other things, bans discrimination in trading arrangements between countries unless they have a trade deal. Calling this arrangement a 'world trade deal' is the worst kind of misleading and cynical advertising-speak.

Second, WTO terms are not going to boost the UK's trade with Europe. There is no scenario painted by anyone on any side of the debate which would suggest this and there is certainly no reason to believe it on the basis of what is written here. It's the kind of thing you say when you have soared off into your own special land where the rules of causation do not apply. This sentence suggests the Economists for Free Trade are no longer in a fight against the EU, but against the basic concepts of language and meaning.

"If the EU insisted on slapping WTO tariffs on British exports," the paper scowls, like a schoolboy pretending to be James Bond, "the overall effect would amount to a staggering £13 billion a year boost to UK revenues."

The EU is not "insisting" anything. It has no choice. The WTO non-discrimination provision means that you must apply your tariffs equally outside of a trade deal. The authors either know this and are liars, or they don't and are idiots.

At other points, the report appears to recognise the non-discrimination provision and then simultaneously misunderstand it so comprehensively that it turns the world on its head.

"Armageddon-style predictions that the EU would freeze out British goods by refusing to recognise them as complying with EU standards in breach of WTO rules and in a worse way than it treats any other non-EU country are simply not realistic," the report reads. You may have noticed that it is very hard to follow the writing. The sentence structure is an absolute mess and they appear to be unaware of the existence of commas. But put aside the grammar for a moment and focus on the argument.

They have everything back to front. The EU is not proposing to treat Britain differently to any other non-EU country. The entire problem is that it is treating Britain as any other non-EU country, and that entails a substantial downgrading of our relationship. In a way, this is the pinnacle of the report, because it is the point where its arguments become perfectly inverse to the reality of the thing it is discussing. It is a magic mirror world of 180-degree wrongness.

The single market aims to eradicate non-tariff barriers, for instance by melding together regulations. It is precisely this project which the Brexiters demanded to leave a couple years ago because it was apparently an intolerable infringement on our sovereignty. Now they claim that it is everywhere: all around us, all-good and never visible, like a deity.

"Switching to a World Trade Deal under WTO rules is no step in the dark because the UK already conducts about half of its trade under WTO rules and six out of ten of the EU’s main trading partners – including China, India, the USA and Japan – trade with it under a WTO regime," the press release says.

They are clearly oblivious to how free trade operates. There is almost no country on earth which operates only by WTO rules. States use a variety of trading structures to allow goods to flow more easily. Mutual recognition agreements, for instance, allow you to do anything from trusting another country's safety checks to providing a priority lane during import.

The EU has hundreds of these things, lots of them with prized trading partners like China and the US. It is simply wrong to say, as Economists for Free Trade do, that "over the past 25 years, the top four exporters to the EU, including the USA and China, have all conducted their trade under WTO rules". They don't.

There are countless other fallacies, logical malfunctions and howling errors in just the press release, let alone the full report, but life is too short to read it all. There comes a point where you have to spare yourself the intellectual damage, the sheer cost in brain cells, of sustained exposure to this stuff.

We are at the tail end of Brexit, with around six months until the end of Article 50, and this is what the hard Brexiters have to offer. This is the sum total of their proposition: a report which can barely complete a sentence without misleading people and which has no understanding of the most basic elements of the matters it purports to address.

Yesterday, Rees-Mogg confirmed that another report, a 140-page alternate plan for Brexit by the Tory MPs opposed to Theresa May's Chequers proposal, has been permanently spiked.

From what we know of it, the paper appears to be in the same genre as the Economists for Free Trade report: nationalist slashfic in which Britain plays the role of potent action hero while the world and objective reality meekly submit to its will. There would be tax cuts, huge tax cuts – tax cuts across the board – but also there would be massive spending, not least on a nuclear defence shield in space and an expeditionary force sent to the Falklands for no discernable reason. Ultimately it was so deranged and bizarre even Mogg thought it best to shelve it.

Boris Johnson keeps making general stabbing actions at the prime minister, but what is his plan? He wrote in the Mail yesterday that the Irish backstop had put Britain into a negotiating headlock. "It is a humiliation," he said.

But what proposal does he have to fix it? Nothing. There is only a vague assertion of "technical solutions". Around the world, people are "abolishing frontier checks", he says, and we can do so here, failing to mention that he just headed a campaign which made border control its core message.

Even the most advanced borders, like Canada-US, have checks, and so do the most regularly intimate ones, like Norway-Sweden. The "technical solutions" he alludes to do not exist. They've had months to try and show us how these technical solutions would work – not just in general but specifically for implementation in March next year. They have not, because they cannot. Just like all the other promises, they crumble to dust as soon as they are touched.

There is nothing. They have nothing. After all the swagger and the radio interviews and the parliamentary machinations and the think tank reports and the speeches, they've not a single viable proposal to offer. At some point, either months or years from now, there will be a stocktake of what was said during this period and how key people behaved. It will not be kind to them.