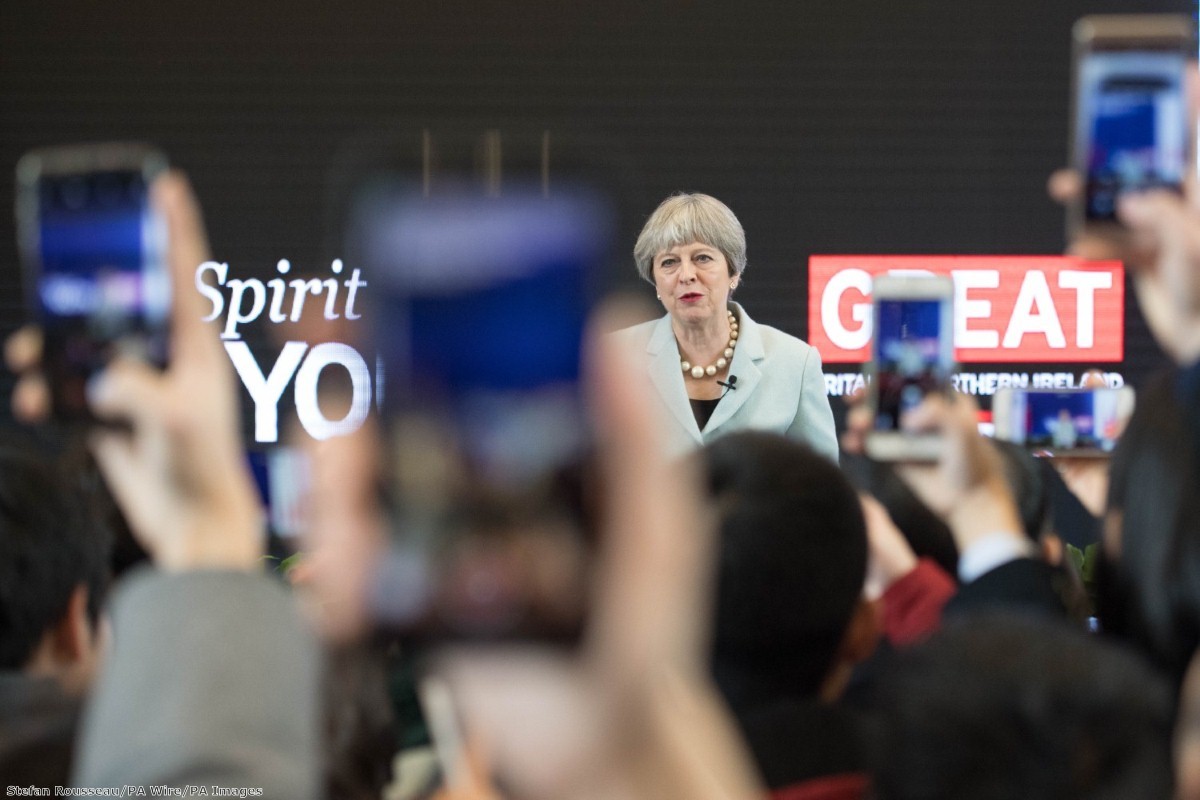 Theresa May starts another fight she will not finish

As ever, Theresa May has prioritised short term headlines over long term strategy. She simply will not learn. She is incapable of self-improvement. She is making all the same mistakes in the second phase of negotiation which she made in the first.

Speaking in China, the prime minister decided to start a fight with the EU over the terms of transition. She is going to resist demands that free movement continue during transition on the same terms that it did before.

"I'm clear there is a difference between those who came prior to us leaving and those who will come when they know the UK is leaving," she said. "What we're doing now is doing the job that the British people asked the government to do which is to deliver on Brexit. In doing that they did not vote for nothing to change when we come out of the EU."

May is going to lose this fight for three reasons. The first is the EU's built in advantage.

The list goes on and on. There would be chaos in every sector. Transition is not really transition, any more than it was implementation. It is a time-buying exercise to avoid catastrophe while negotiations continue. The asymmetry of the infrastructure status quo has always been the key to the Brexit dynamic and that remains the case here. This is not a game of chicken May can win.

The second reason she will lose is that the transition deal only works if nothing has changed – a sentiment you would have thought she was sympathetic to given her difficulties during the election campaign. The basis upon which the EU is agreeing to transition is that of identical status, minus political influence. As soon as you make it bespoke, the entire purpose of the initiative falls apart. You might as well be negotiating the end state arrangements.

May's demand for differential treatment of EU migrants – divided by whether they arrived pre or post March 2019 – goes against the four freedoms. Not only is she trying to open up negotiations on an initiative specifically designed to avoid negotiation, but she is doing so on a core EU issue on which they have repeatedly made clear they will not be moved.

The third reason May will fail is because she cannot deliver her promise even if she secured it. The Home Office barely gets by as it is – partly as a result of her own inability to get it into a functioning state during her seven years as home secretary. Not a day goes by without it committing glaring and preventable errors.

It is in no position to set up a registration system, design a new work permit and benefit entitlement visa category, get it passed in parliament, train the staff to deliver it, and then implement it before March 2019. It is not going to happen.

So here we are once again, with Theresa May starting fights she cannot finish. Perhaps this time it will be different. Perhaps this time she will prove a tactical genius, steering a baffled and disunited EU into position so she can secure her stated policy aim, while simultaneously overseeing a massive technical project in a department famous for its incompetence and institutional inertia. Or perhaps it'll be the other thing.