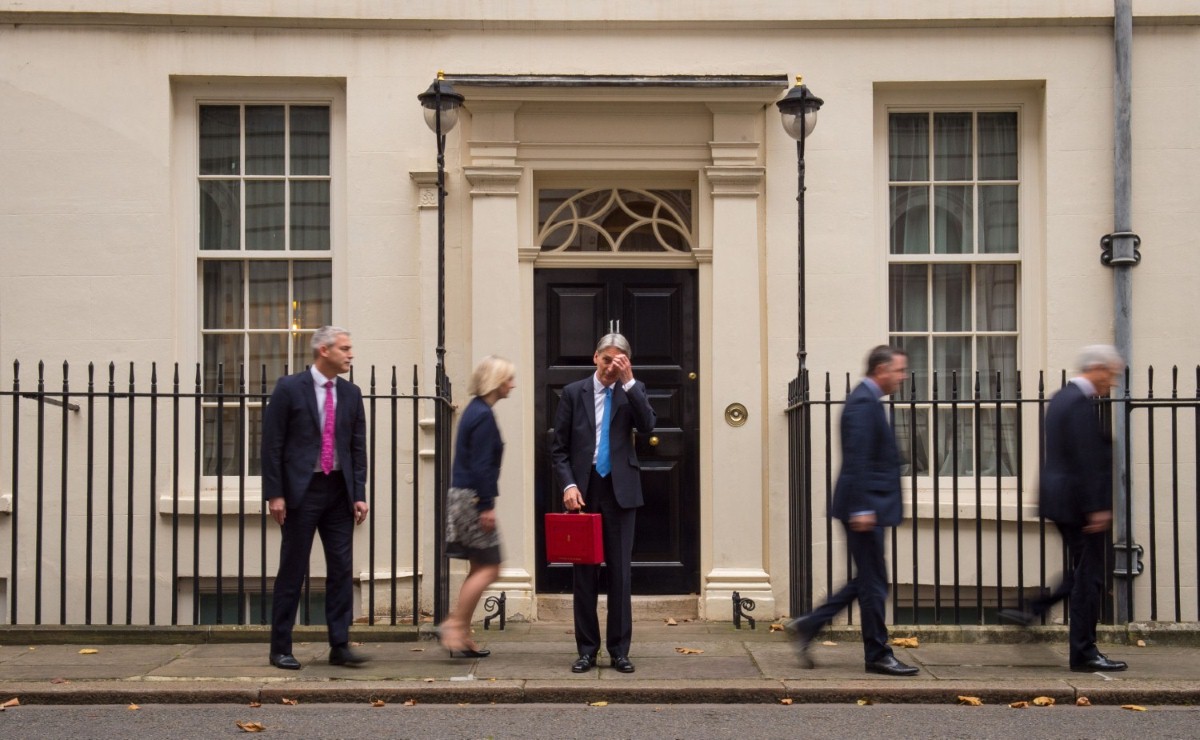 On a basic presentational level, Philip Hammond's Budget statement was a disaster. He sounded more like the best man at a particularly dreadful wedding than the chancellor of the exchequer. In the opening minutes he made a laboured gag about offering Theresa May a cough sweet. It got worse from there.

In good times, this would have been merely irritating. But these are not good times. Hammond's manner was a serious error of judgement given the severity of the conditions he was describing to the Commons.

Growth forecasts were slashed, as the Office of Budget Responsibility (OBR) finally gave up hope that productivity would improve. It was a horror story. Growth is set to be 1.5% this year, 1.4% the next, 1.3% in 2019 and 2020, 1.5% in 2021 and 1.6% in 2022. It was the first time in modern history that it's expected to be below two per cent every single year of the forecast horizon. Since the Brexit vote, Britain has fallen to the bottom of the G7 for growth and it now seems this may be permanent. We are seeing a shrivelling up of the British economy, a slump towards perpetual mediocrity.

In a sense, circumstance limits Hammond's ability to respond. The Tories have no majority, so they cannot undertake the kind of risky initiative which might alienate even a few backbenchers. They are still stuck to austerity, but aware that the public have become exasperated with it, so he is unable to either renounce or commit to it. And Brexit is simultaneously using up government capacity and creating an uncertain future, so he cannot afford to open the spending taps in case they're soon needed to prevent catastrophe.

But trapped as he is, the chancellor still found money to buy off his critics. He knows that the Brexiters in parliament are waiting for the chance to demand his resignation. He is a hard Brexiter just like they are, but he retains some sense of reason and lacks faith, so is considered insufficiently loyal. To pre-empt their attempts to remove him, he offered a £3bn bribe. It is roughly equivalent to what he offered the NHS.

It's not clear what this money will be spent on. The problem with preparing for Brexit is that it isn't clear what you have to prepare for. If there is a customs deal, you do not need to widen roads, set up checkpoints or hire and train customs staff. So spending the money on these things would be completely wasteful. What happens if we have some arrangements on certain goods, like manufacturing, but not on others, like agriculture? Then certain kinds of checkpoints would be needed, but others would not. It's not clear if we'll need our own nuclear regulator, or whether we can stay in aviation arrangements, or if our patent arrangements will survive on issues like technological inventions or plant variety rights. Basically, we really don't know very much, so it's hard to prepare for it. It's like designing your new kitchen before you have seen the house you'll put it in.

Sometime soon we will have to pay a lot of money for Brexit. We'll pay it for the divorce payment, we'll pay it in lost growth and we'll pay it – and in fact already are – in hiring civil servants, lawyers, accountants, trade negotiators, customs staff and countless others. But we don't know yet exactly how to prepare for Brexit itself because we don't know what kind of Brexit we'll get. Hammond's bribe is not a bribe for prep work. It is a bribe for macho posturing. It is PR. And on that he dedicated the same amount of money as for the NHS. These are the kinds of costs Brexiters require to sustain their emotional needs.

Today was a horrible spectacle: a chancellor chuckling away at his bad jokes and desperately trying to secure his own position while describing an economy which is slowly strangling itself to death. It was pitiful. And there are many years of this to go.