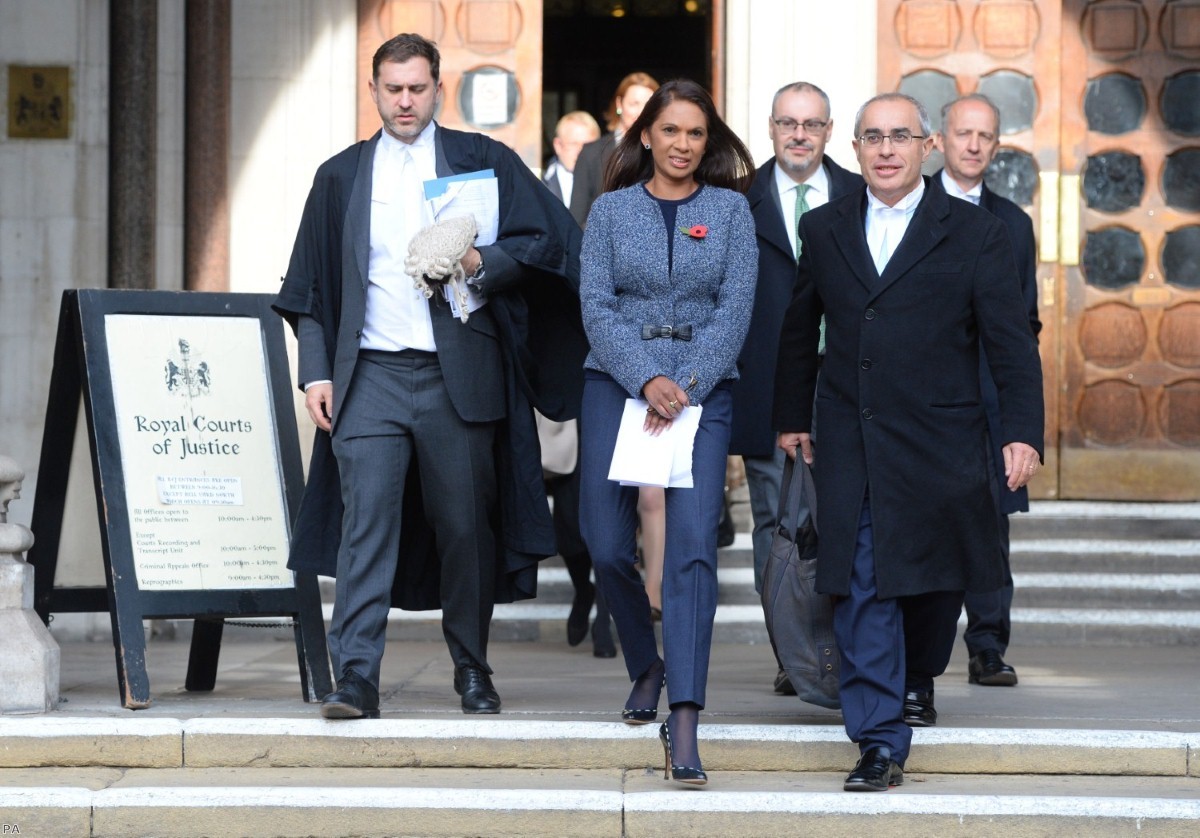 George Osborne had dinner with the Financial Times a little while back. The journalist was surprised that the former chancellor, who was not exactly a figure of adoration in the country, was treated kindly by the other diners, even after years of grinding austerity.

"Very occasionally you'd get people come up and they were angry or upset," Osborne said. "But it happens surprisingly rarely. British people are inherently quite polite."

That's not how it goes for everyone. Gina Miller, the campaigner who forced the government to consult parliament on triggering Article 50, gave an interview this week in which she revealed she'd received threats of acid attacks for months and was afraid to leave her home.

"My life has completely changed," she told verdict.co.uk. "When I see someone walk towards me on the street with a bottle of water or something, I just freak out. I get people who send me death threats who include their name and full address on the letters. People are so bold that they just don't hide."

This isn't her being overly sensitive. It's the result of months of believable threats to her safety.

The interview comes just weeks after Rhodri Phillips, the 4th Viscount St Davids, was jailed for 12 weeks for demanding someone try and kill her.

Just after she won her Supreme Court case against the government, he wrote: "£5,000 for the first person to 'accidentally' run over this bloody troublesome first generation immigrant. If this is what we should expect from immigrants, send them back to their stinking jungles".

Now she has 24-hour security installed in her home, has been forced to hire security guards and spends most weekends at home with her family. She's also had to consider leaving the country.

"If it came to the point that it was just too much to bear from a security point of view, if I sat down with my police teams and we felt that it was a really serious threat, I would have to seriously consider leaving the UK. This would break my heart because I love this country and I am fighting for it. But we might have to."

The response to the interview from Ukip figures and Leave.EU, the Ukip flank of the Brexit campaign, was telling. There was not a single note of alarm at the fact one of their political opponents was terrified of violent assault, nor any attempt to use their influence to discourage attacks on her. Instead, Leave.EU's official account published a celebratory gif, while Nigel Farage ally and former Ukip donor Arron Banks said the fact she might have to leave the UK was "cracking news".

Gina Miller says she may need to leave the UK. pic.twitter.com/cs1gIFgbRf

If Banks and his allies had any real commitment to their principles, they'd be celebrating Miller. After all, they campaigned for months claiming to support parliamentary sovereignty. But when Miller forced the executive to buckle and consult parliament on a crucial constitutional issue, she turned into a hate figure.

It doesn't have to be like this. Figures on right and left are perfectly capable of debating their opponents hard while always knowing where the line is. Here is John McCain, for instance, responding to a supporter saying he was scared of Barack Obama during the 2008 election. It's worth watching for a reminder of how politics can be conducted decently and with principle.

But instead of taking the McCain example, the harder reaches of the right are sinking into more destructive positions, seemingly without any basic moral standards to limit their descent. If anything, things now seem set to get worse. The new generation of Ukip leadership candidates trades in outright Islamophobia and narratives of a nation under siege. It's this storyline – of a clash of civilisation, of a plot by traitors to destroy the country – which produces the violent threats seen by Miller.

Far-right terrorism is real. It cannot be ignored. Just over a year ago, it took the life of Jo Cox. We seem to have learned nothing from that incident.