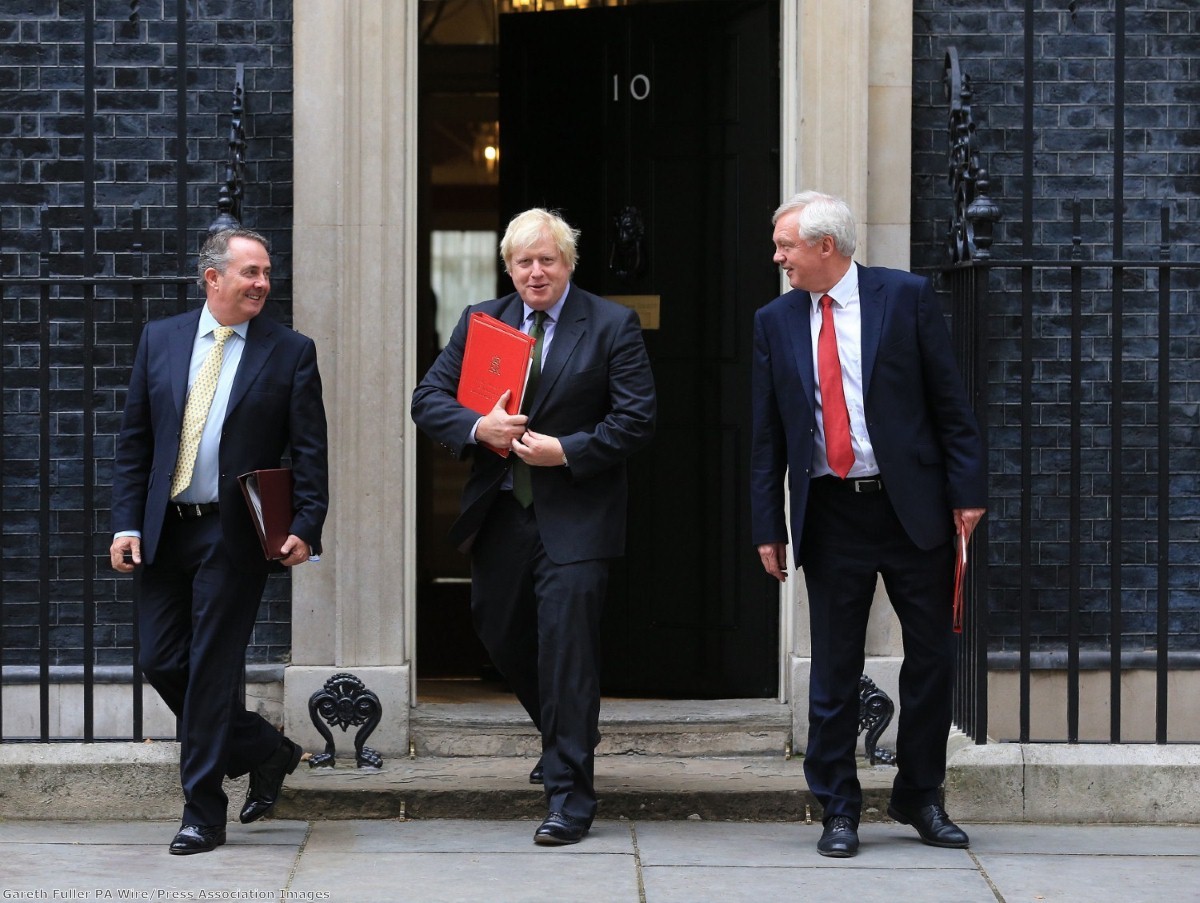 The first British defeat over Brexit happened in moments

In the end, there was no talk of cars. During the referendum campaign, David Davis had written that a "UK-German deal would include free access for their cars and industrial goods, in exchange for a deal on everything else". He was a leading proponent of the idea that Britain's consumer market, especially for German cars and, only slightly more absurdly, Italian prosecco, would force the Europeans to beg us for a generous Brexit deal.

(1/3) Post #Brexit a UK-German deal would include free access for their cars and industrial goods, in exchange for a deal on everything else

It did not stop after the referendum. Speaking months after he became Brexit secretary, Davis told the Commons that one of the things he'd discovered was that "in many areas – not just in the City and not just as regards cars – the balance of negotiating advantage is incredibly heavily stacked our way".

Months later, Davis was telling Peston on Sunday that the EU demand we would sequence talks was "wholly illogical". It would therefore be the "row of the summer".

British summers are famously short and yesterday was a particularly warm day, so perhaps Davis was technically correct. By the afternoon of the first day of negotiations, he had capitulated. Talks would be sequenced as the EU wanted, rather than held in parallel as the UK wanted.

Speaking afterwards, EU chief negotiator Michel Barnier was asked if he had made any concessions to the UK in return. No, he implied. The UK was the one which had decided to leave the EU. Each side had to "assume our responsibility and the consequences of our decisions".

How long was it until Britain capitulated on the first item in the Brexit menu? Five minutes? An hour? Two? How quickly did all those months of Davis' self-satisfied confidence unravel? For nearly a year now Brexit supporters have had a completely isolated domestic debate about what they want, with a grossly inflated sense of entitlement and their ability to satisfy it. It survived barely moments of contact with reality.

Davis wasn't beaten in a game of strategy. Barnier did not dazzle him with sophisticated arguments. He capitulated because of the power dynamic.

What would have happened if Britain had refused to sequence the talks? Nothing. The talks would stall. There would be no progress towards the discussion of future trade arrangements. And that is more to Britain's detriment than the EU's, as the outcome of yesterday's talks showed.

Once upon a time, Davis pretended this would be OK. He told the Commons foreign affairs committee late last year that a no-deal outcome "is not helpful for them in comparison with us". In other words, the power dynamics of the negotiation were in Britain's favour.

This is false. The EU will be damaged by a no-deal outcome, but it does not need to create a regulatory infastructure or an entire customs system, as we do.

The true scale of the British challenge will be clearer tomorrow when the Queen's Speech is unveiled, showing the scale of legislation required to implement Brexit. First, there will be the great repeal bill, one of the largest and most dangerous pieces of legislation a British government has ever introduced, copying-and-pasting all of EU law onto the British statute book and then using a dazzling array of ministerial powers to somehow try and fix it so it it makes sense. There will also be perhaps a dozen other bills, certainly including one on immigration and others perhaps on issues like customs, agriculture and data protection – all of them intensely controversial and subject to defeat in the Commons. Meanwhile, Liam Fox is – if we've any luck at all – desperately trying to get all exporters to the EU and UK to accept our trading schedules at the WTO, so that we do not suffer a series of trade disputes there.

Britain is making a new country, almost from scratch. There has been nothing like this except for when small states gain independence. It needs time. But worse than that, it needs agreement.

This is core to the dynamic of Brexit. It's what gives the EU power over the UK. It's nothing new. Anyone who had looked into it knew this from the start. Sir Ivan Rogers made these warnings months ago, only to be prised out of his role as EU envoy. Iain Duncan Smith rubbished him on TV, effectively questioning which side he was on. Peter Lilley accused him of "sour grapes". Dominic Raab said his "heart hasn't really been in Brexit".

Only the true believers were allowed to speak. And now here we are.

Yesterday's capitulation means we have accepted the EU timetable. That means we can only discuss the future trading arrangements with the EU when they decide there has been enough progress on EU citizen's rights, the budget contribution and a hard border in Ireland. They expect this to be in October. But again: they decide. They are in control. The central power dynamic of the negotiations means we are more likely to capitulate.

After that, talk will turn to transitional arrangements so we can avoid the cliff-edge. The EU will likely demand that the UK abides by full EU rules, including the jurisdiction of the ECJ and full free movement, during this period. Again, we are likely to capitulate.

The key dynamic will not change. No-deal is disaster. Britain will do anything to avoid it. The closer to the cliff-edge we get, the more power Europe has. And the preparation for a new arrangement can only properly start once the talks have finalised what it is.

The dynamic is entirely in Europe's favour. It always has been, but the warnings were ignored. And now here we are.

Politics.co.uk. His book – Brexit: What The Hell Happens Now? – is available now.