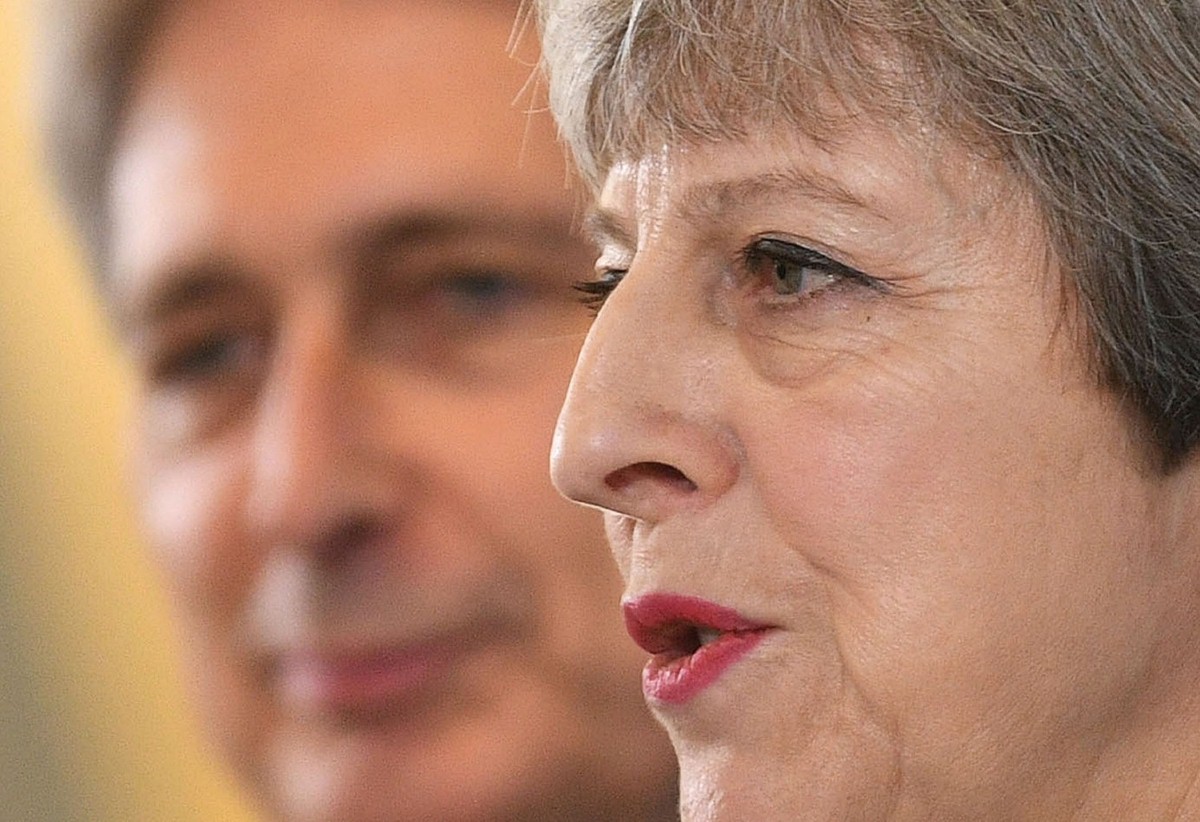 Real wages fall – but not for the post-truth prime minister

Today, Brits started getting poorer because of Brexit. It's been an awful few years for the cost of living since the financial crash, but wages recently started to grow faster than inflation. People were getting richer again. Then Brexit happened.

It instantly triggered a plunge in the value of the pound. It then entered a more stable but still highly volatile period where it seemed to track the statements made by ministers like David Davis – as if Britain were some sort of tinpot dictatorship where huge economic changes could be discerned by the comments of senior generals. It then plunged again in early October after Theresa May confirmed she was going to pull the UK out of the single market as well as the EU. The currency has lost about 17% of its value. Imports, whether for sale directly to consumers or as component parts for products sold in the UK or exported outside of it, became more costly. Prices rose. Wages didn't. Figures released today showed real earnings were now falling for the first time since 2014, with wages rising by 2.1% while inflation rose at 2.7%.

Brexit is making us all poorer. But that cannot be said, because we have entered a post-truth era defined by religious zeal and intense intellectual defensiveness. Brexit is good. Therefore anything bad which has happened cannot, by definition, have been a result of Brexit. The goodness of Brexit is the only constant in an ever-changing world, so all other facts must be turned on their head to accommodate this new reality.

May and her chancellor, Philip Hammond, held a joint press conference today. Once upon a time parties had daily press conferences during campaigns, but no more. This was a rare treat for journalists in which they were allowed to scrutinise the Conservative leadership. May looked nervous and uncomfortable, as she always does. A couple of reporters asked her about the figures.

May had admitted to a worried father of five yesterday that Brexit was partially to blame for rising prices, Sky News told her. What will she do to help now?

Her answer was remarkable. "I didn't actually say Brexit was responsible for the troubles that he had," she replied. "I did say that we had of course seen an impact on inflation from changes to the currency in the last few months."

'The changes in currency'. It's as if these things happened without being caused, like some sort of spiritual phenomenon.

Hammond followed this strange line of argument. "We have some inflation passing through the economy," he said, as if he were grumbling to the wife after a particularly heavy meal. "This will be transient. It's the result of currency movements last year."

'Currency movements'. Again, a causeless shuffling of sterling for no reason at all.

The question was then raised again. Does May really not accept that the 17% drop in sterling was due to Brexit?

At this point she started to shift from being disingenuous to being outright misleading. "If you look at what had happened to sterling," she said, "it had started to slide before the referendum result came through."

Theresa May says Brexit not to blame for weak sterling, it had already been falling before the result came through.
Not really… pic.twitter.com/NZowHJYAVS

No it hadn't. Sterling fell because of the Brexit vote. Absolutely there are moments of stability, or other times when it rises due to some day-to-day political event offering hope to investors. But there were two big movements: once when Britain voted to leave the EU and a second time when May confirmed we'd also leave the single market. Unless there was some other huge event on those two days which we've all missed, it's safe to assume that they are what precipitated those catastrophic drops in value.

This is reality. It is not a matter of opinion, or a spiritual phenomenon taking place independently of causation, or a weird economic fart bubbling up from the currency markets. Brexit triggered a fall in the value of the pound for the simple reason that people across the world had lower expectations of what the UK's future would entail as a result of it. If you're reading this from the UK, the chances are that you're poorer because of it. You can afford less stuff. It really is no more complicated than that.

You can support Brexit and think this is a tolerable thing to deal with and that it will be quickly addressed if talks are shown to be a success. That is perfectly possible. If you are the prime minister, who supported Remain, you can say that yes, this is unfortunate, but now that we're delivering Brexit we're going to make sure we keep this period as short and painless as possible. All of that would be entirely reasonable and sane. Best of all, it would show that the party seeking government understood and could discuss the factors which were affecting British quality of life.

But we do not live in times which are reasonable or sane. We live in a moment of near-religious hysteria, where one's commitment to the Brexit project defines one's saintliness. So we have the alarming spectacle of a prime minister and her chancellor pretending that what is evidently the case is not the case. Post-truth politics at the heart of government.

As ever with May, it is hard to know what's worse: her cynicism if she doesn't believe it, or her delusion if she does.