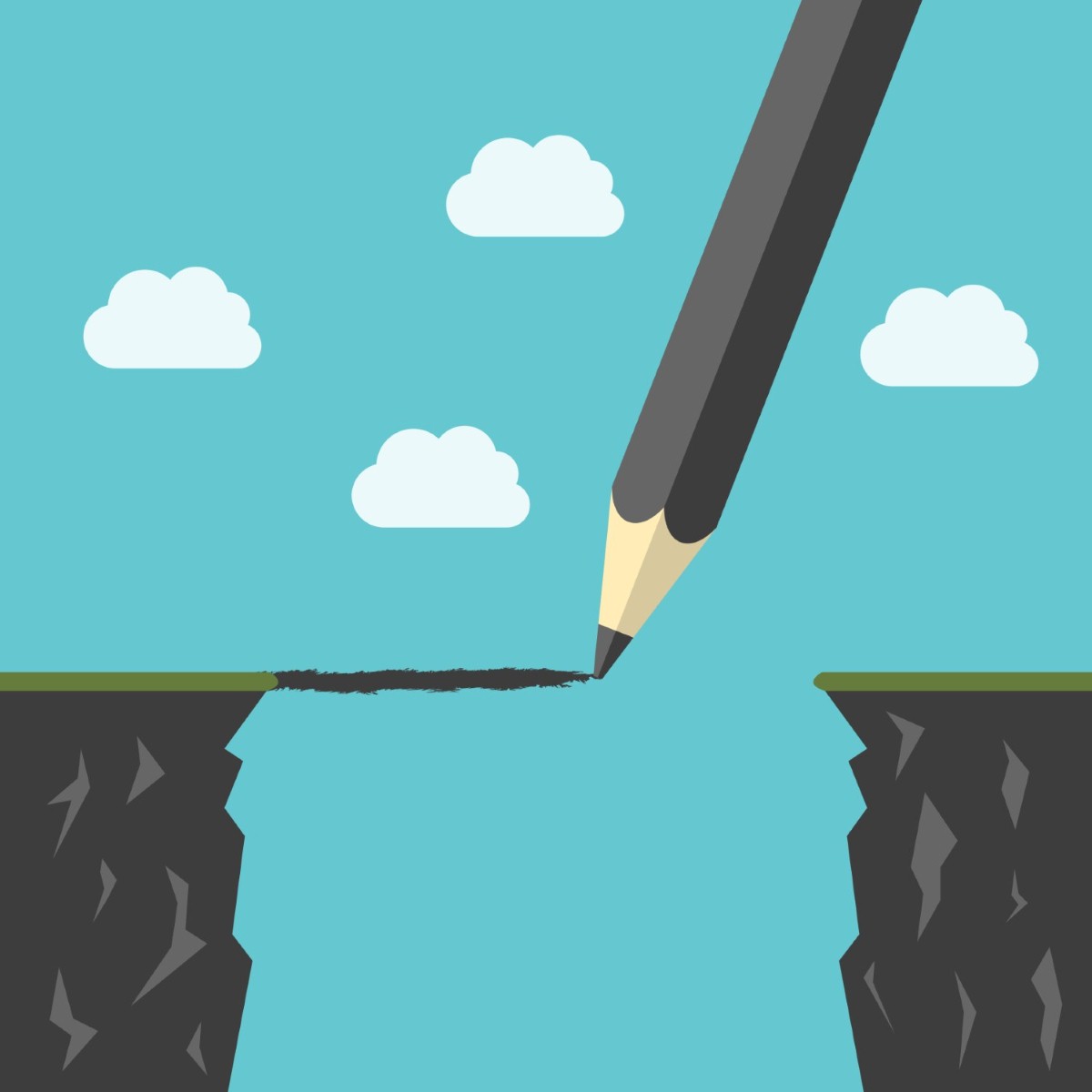 David Davis is driving us off a cliff edge

The most astonishing element of David Davis' Commons performance yesterday wasn't the refusal to give MPs a say in the Brexit process, or even his sudden transformation from a champion of parliament to a bodyguard for the executive. It was that after months in the job he still does not appear to appreciate the fact that he is driving Britain off a cliff edge.

Davis has the following problem: the two-year Article 50 timetable is insufficient for him to be able to do all the things it entails. He needs to finalise the administrative elements of the divorce – work out who owes what to whom, what happens to British MEPs and their staff, sort out that tricky issue of EU migrants in the UK and British migrants in the EU, as well as several other matters. Then there is the legal element, where he needs to get the repeal bill in place in time for Brexit. Then there is the regulatory issue, where he needs to create authorities capable of handling the deluge of new powers about to be regained for Britain, for instance on fisheries or pharmaceuticals, and give them legal recognition in law. Then he needs to negotiate, agree and ratify a trade agreement with the EU so that tariffs and non-tariff barriers stay down and passporting continues.

The administrative task might just be possible in two years. The legal element needs much longer if it is to be done properly, without little legal vacuums all over the place, or industries which can no longer function because they do not have an authority to validate their processes, or people left with no redress in legal disputes. The regulatory infrastructure requirements need much longer. And the trade deal needs about seven years, or perhaps even longer.

Europe is under no obligation to even talk about trade during Article 50. That is up to its own goodwill and desire for financial stability. At the end of that process there is a vote on the deal, by qualified majority, in the European Council and the European Parliament. And if there is a trade deal that will need ratification in every member state, often by their domestic parliament, and sometimes, as in Belgium’s case, by the regional parliaments. This isn't technically required, but it's what is happening in the case of the Canadian trade deal, which is far less contentious, political and economically far-reaching than ours will be.

So Britain doesn't need just to sort the deal, it also needs to sweet talk MEPs so they don't vote against it. And it needs to understand the domestic political processes in each member state to help them get a trade deal ratified by their parliament.

And while it is doing all this Britain also needs trade experts down at the WTO smoothing out concerns ahead of talks for schedule extraction when we do leave the EU. Except that we barely have any trade negotiators or experts for our EU talks, let alone to conduct parallel talks at the WTO.

It is perfectly obvious what the solution to all this is: a transitional deal. Either you take Norway-style temporary membership of the EEA while you sort it all out, or you get agreement for the two-year negotiating window to be extended if talks have not been completed, or you have an agreement to continue current regulatory and tariff-free arrangements until the point that a new agreement is in place.

What is Davis’ plan for all this? Nothing. He will not countenance a transitional deal, avoids any mention of the fact that he is working to an impossible timetable, and instead just merrily drives us forward towards the cliff edge.

During the debate yesterday, Labour MP Stephen Kinnock asked him:

"The secretary of state will know that the process for exiting the EU will have two steps: first, the article 50 negotiations, which will be by qualified majority voting; and secondly, the negotiation of a new trade deal, which will require unanimity and ratification by all the parliaments of the EU. Will he guarantee that businesses will have the reassurance, which they desperately need, of a guaranteed transition period, rather than their falling off the cliff edge immediately after the article 50 negotiations conclude?"

"The hon. gentleman makes a good point, but I am not sure that he is exactly right about the mechanism for the final decision. He talks about what is effectively the next procedure, which is what has happened to the Canadian treaty. We have not yet engaged in the negotiation process, so we do not know exactly how it will work, whether it will be sequential or parallel—well, it will be parallel—and how the linkage between the various components will work. At that point, I will be in a better position to answer his question."

Note the way Davis admits he has no control over whether trade deals can be conducted in parallel, then checks himself and goes back to the default Brexiter response of expressing hope as if it were objective truth. Then he doubts whether the system used for Canada would be used for us, even though the Canadian deal is less contentious than ours. And finally he obfuscates with nonsense talk of “the linkage between the various components”. But the executive summary is: he has no plan.

"Can the secretary of state tell the House whether it is his policy to seek a transitional agreement to cover the period until such time as a final status agreement on trade and market access is agreed with the other 27 member states?"

"We need hard data about the size of the problem in terms of both money and jobs, and the actions we can take to deal with that. That is why we need to take the time until perhaps March. In doing so, we will try to winnow down the size of the negotiation that needs to be done, and then make it faster than it would otherwise be. We start with an advantage, which the right hon. gentleman, being who he is, has probably spotted, in that we will have exactly the same regulatory basis on the day we leave as the rest of the European Union. That is normally the biggest thing that gets in the way of major trade negotiations. I therefore do not expect the circumstance he describes."

This answer is remarkable for a couple of reasons. Firstly, he clearly thinks postponing the Article 50 talks until March is his solution to the time problem. That shows he has not grasped its severity or the way that talks will shatter any carefully prepared plans he has constructed ahead of them. Europe has an advantage in the talks precisely because the consequences are more severe for us if no deal is secured. Davis does not recognise this, so he cannot address it.

Secondly, his reference to regulatory equivalence shows he has become dangerously self-satisfied. It’s true that we have regulatory equivalence, because we have kept the rules up until the point of leaving. But Davis misses the point that even deals which barely include services, like Canada's, take five years just for negotiations (longer when you include ratification). As a service based economy, ours will be much more complicated. Those deals also did not have a political angle where European partners felt they were trying to send firm domestic messages and ensure the long-term survival of the EU. If he really thinks this will be easier than a normal trade deal he is in for a very rude awakening.

"My right hon. friend will understand and probably appreciate the irony that the more successful he is in delivering a negotiation that meets the mutual interests of ourselves and the 27, the greater the political challenge for the 27, as it will be seen as rewarding the United Kingdom for Brexit. That opens the rather obvious possibility that at the end of the negotiations they may be blocked, either by a qualified minority on the Council or by the European Parliament. I welcome his undertaking to deliver certainty and clarity where he can, but what plans does he have to enumerate publicly the implications of having no deal at the end of two years of negotiations?"

"What I say to my hon. friend at this point is that if the European Union adheres to a punishment plan and it fails—as I believe it would—that would be an even bigger incentive to countries that want to leave than no punishment plan at all. The approach that is being talked about would put at risk the stability of the European Union, which has financial instabilities of its own, and it should take that seriously."

There is nothing wrong with Davis' argument on its own terms, but it is very contentious. Perhaps Europe could ensure its survival better by maintaining a stable financial arrangement with the UK. Perhaps it would do better by punishing it. Or perhaps – most likely – it will do a little of both. But his opinion is neither relevant nor an answer to the question. His response to a concrete strategic request is to wish it away. As is so common with Brexit rhetoric he takes the arguments he accepts and projects them onto his negotiating partner. There is no need for a plan, because they will eventually see how sensible the British government’s opinion is.

But what if they don't? What if – just imagine the thought – European partners do not recognise the genius of Davis and Liam Fox and Boris Johnson? What if they do vote down the plan? What if the two-year process isn't long enough? What if the negotiations are far more complicated than Davis comprehends?

For that he has no answer, except the perpetual motion of his own delusion. Davis is driving us towards the cliff edge and shouting down anyone who suggests we might want to build a bridge.