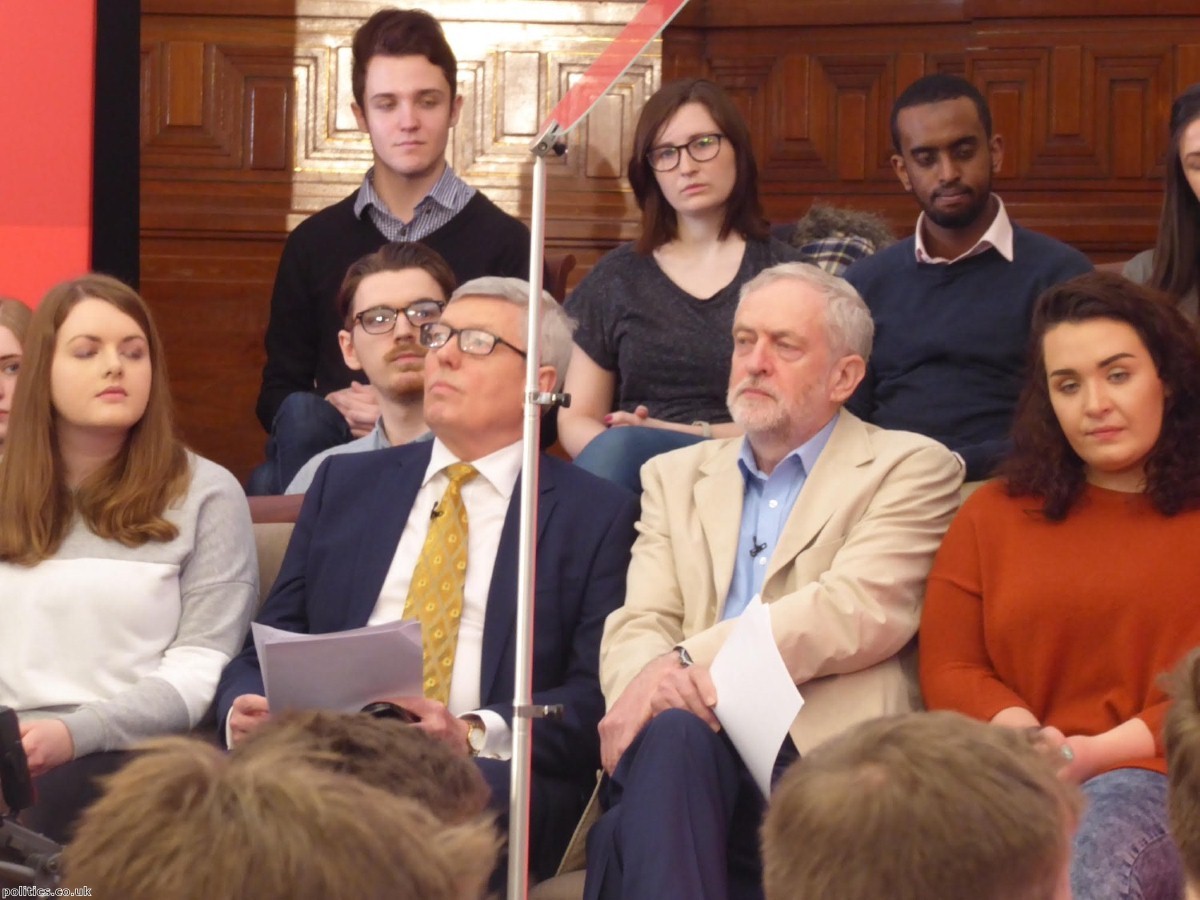 Chuka Umunna is heading up one of those listening exercises where politicians pretend to care what the public think following an unsettling political event. Today, the MP for Streatham, which recorded one of the highest Remain votes in the country (79.28%), visits Boston, which had the highest Leave vote (76.5%), to find out people's concerns about immigration.

All very commendable. But ahead of the trip, Umunna said something remarkable.

"A few weeks ago, the British people rejected freedom of movement. Politicians from all sides have to accept that reality, and design a brand new immigration system that works and which reflects people's concerns."

What is he talking about? And why do Labour – more even than the Tories – seem intent on making sure we undergo a hard Brexit rather than a soft one?

Even before the referendum vote, deputy Labour leader Tom Watson was demanding reform of freedom of movement. Days after it, John McDonnell seemed to imply freedom of movement needed to end, although he later clarified this as a statement of fact rather than Labour policy. The original statement and his later clarification are both false, under either interpretation. Jeremy Corbyn's demand that we trigger Article 50 the day after the vote – a statement he now says he regrets, when not pretending that he never made it – makes a hard Brexit more likely, as has his evident indifference to the result or its aftermath.

Labour MPs need to be clear on something. The British people did not reject freedom of movement. They rejected the EU.

Voting to leave the EU does not necessarily mean you voted to reject freedom of movement. Many of the people who voted were motivated by questions of sovereignty, others by how much money we send to the EU. Others, we suspect, had a more emotive requirement of giving the establishment a kicking.

There is no mandate to leave the single market. In fact, when pollsters ask whether it is more important to stay in the single market or reduce immigration, as British negotiators will soon be asked by their European counterparts, voters opt strongly for the former.

Europe is still outraged by the Brexit vote, but there are encouraging noises about a deal involving a seven-year pause on freedom of movement. If those types of options were on the table we'd do well to take them. Leaving the single market would be a catastrophic event for this country. It would be economically devastating. We just don't have the time to make the trade deals we require in the time scale the Article 50 process offers us. And it would be democratically very dangerous. With huge economic and political pressure for trade deals we'd be incentivised to accept any offer countries like India or China or the US offer us, meaning we'd suddenly be signing away our laws on chemical standards, or data privacy, or workers' rights or any other number of issues without a Commons vote or proper scrutiny. So much for sovereignty.

But that is exactly what these Labour figures are encouraging by helping consolidate the notion that maintaining freedom of movement is absolutely off the table.

By making these statements, they strengthen the hand of the hard Brexiters – the right-wingers in the Tory party and outside it who will brand any sane, economically-literate response to the vote as a betrayal of the electorate. The notion of a seven year pause on freedom of movement is appalling to them, as are guarantees of movement on condition of a job offer. Nothing short of full and complete separation will satisfy them.

And what do Labour figures believe these backbench Tories and Ukip campaigners will do then? Create a fair and equitable British economy in which reduced labour from eastern Europe translates to higher domestic wages and industrial investment? Hardly. They will be pushing for reduced tariffs regulations, opening up British manufacturing to cheap Chinese imports and driving down subsidies. It'll be the rewriting of Britain along harsh Asian economic lines. This is the grand right-wing project which lies behind the Brexit narrative: a fundamentalist free market economy, with severe gaps between rich and poor, all done in a mad rush with little-to-no democratic scrutiny.

Mercifully, the people in charge of Brexit don't know what they're doing. As so often in British history, we are saved from disaster by the hapless inertia of the ruling class. Chancellor Philip Hammond, Brexit minister David Davis and trade minister Liam Fox are at war with each other over turf, in the little tragi-comedy flat share the latter two have with Boris Johnson in Chevening House. Their own utterances frequently contradict what they themselves said the day before, or what their colleagues are saying today, or the basic rules of how the single market operates. They clearly have no idea what they are doing. They are black-and-white people in a grey world.

May is aware of the consequences of single market exit and what it would mean for how she is treated in the history books. She's spoken out against freedom of movement, but there is always nuance there. When announcing her bid for Tory leader, she said it was not acceptable "as it has worked to date". There's plainly scope there for compromise.

At some point, Brexit will probably happen. Before that, there will probably be a parliamentary vote, before that a deal, before that a negotiation and before that a plan. At the moment, we are at the pre-plan stage. This is where the prime minister takes stock of the political pressures on her before trying to accommodate them alongside the economic realities she faces.

It's at this moment that political pressure from those who believe in freedom of movement is essential. There is everything still to play for. Anyone who wants it to continue should make as much noise as possible about it. Anyone who wants the UK to stay in the single market should be singing it from the rooftops. Because it is only when the political consequences of leaving match the cries of betrayal from the hard Brexit lot that the prime minister will be incentivised to adopt a more moderate approach.

Instead, Labour figures seem intent on collaborating with hard Brexiters and consolidating the political consensus against freedom of movement. They are helping to create the political conditions which will push us out of the single market. Instead of fighting for the British national interest, they're lending a helping hand to the most dangerous right-wing plot in a generation. Defeatism on the left is a self-fulfilling prophecy.