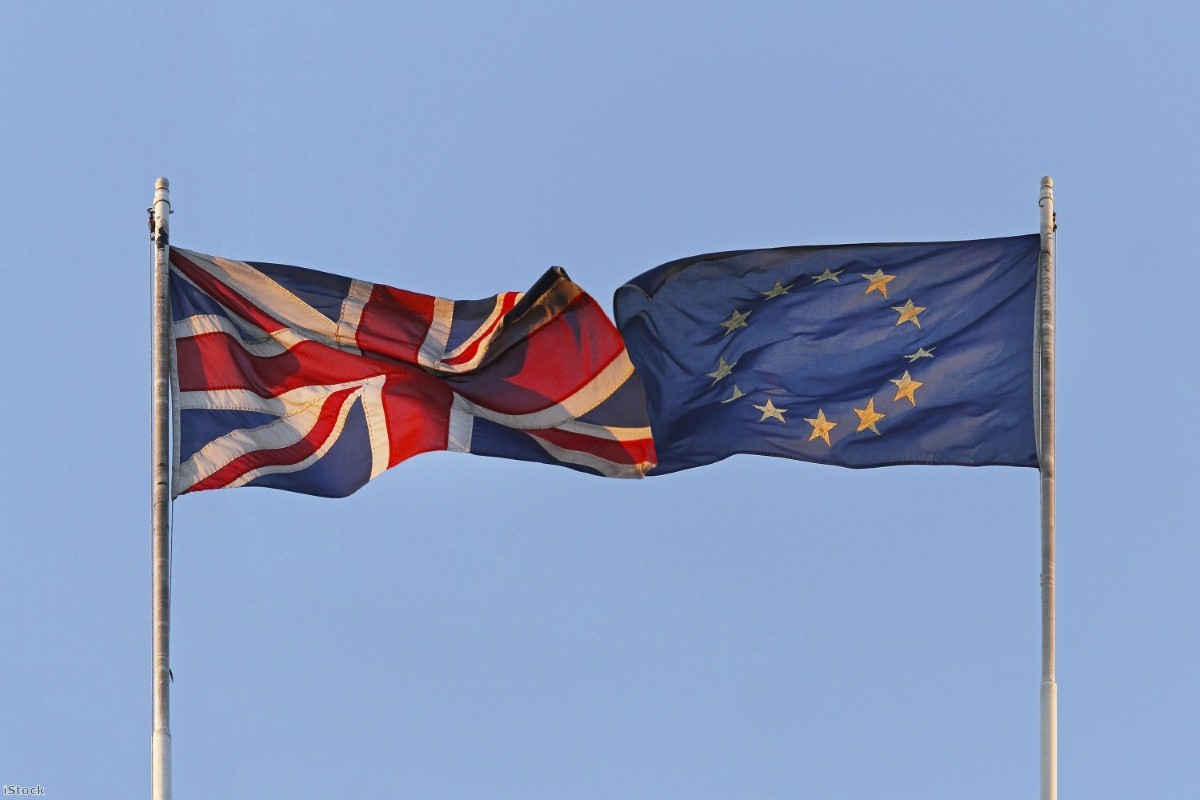 Stop asking for facts in the Brexit debate

Everyone wants facts in the Brexit debate. Research released this morning by the Electoral Society found just 24% of voters feel "well" or "very well" informed about the EU referendum. Barely a day passes without people calling radio shows, leaving below the line comments or taking to social media to demand more facts. One celebrated intervention by an audience member on the Victoria Derbyshire show yesterday saw them complain that "the politicians keep using the words 'could' and 'may'… It's not informative."

There are plenty of newspapers and websites which have heeded this call and fact-checked the claims being made, but it's not enough. Their search for 'facts' is a fruitless one. These final, definitive, proving-beyond-all-doubt facts do not exist. We're not being asked to vote on facts, we're being asked to vote on competing assessments of risk. Facts are a basis for a judgement, but there are no facts which answer the Brexit question one way or another.

Will we be better off in or out the EU? No-one can give you that answer as a certainty, because it is about the future. They can only tell you what 'could' or 'may' happen, as so irritated that audience member. As it happens, the vast majority of economists believe we'd be worse off out the EU, both in the short and long term.

But then what do economists know? They are not really scientists, although they like to pretend they are. They are making assessments based on the selfish and often highly irrational instincts of millions of people. You can come up with some very reliable rules for how people behave – for instance, that when it comes to their own money they hate uncertainty – but you don't know for sure. Economists are also balancing competing risks, assumptions and trends.

And there are risks to staying in the EU too – not least that it shackles us to an economic project which is riven by internal contradictions and appears to be falling behind in the world economy. But when such an overwhelming majority of economists warn that something is dangerous and the pounds behaves in a way which tallies entirely with their message, they're probably right. Or at least, they're the most reliable. But this is not a fact. It is a personal assessment based on the assessments of other people about things they only partially understand. That's as much as you're going to get.

Even where facts relate to the here and now, they're controversial. We act as if there are stone tablets of facts up on a mountain somewhere. If we could only find them everything would become clear. But facts are not always deal-breakers. Often, the only thing which makes a fact intelligible is the value judgement you put on it.

Take the European Commission. Here are some facts about it: it writes European law and you cannot vote it out of power. That sounds undemocratic. So here's another fact: the civil service writes laws in most countries, and they are never elected.

You can go on and on like this for hours. Is the EU democratic or undemocratic? There is no fact for that. It's an assessment of qualities. You have to work out if you think those structures are sufficient. For me, as it happens, they're not. I want to be able to vote out the people creating laws, which is a different thing altogether to writing them. And I want the kind of political culture which dynamically responds to groundswells of popular demand, which again requires the ability to vote someone out and vote others in. But for others, it is. And they've good reason to say that – there are plenty of checks and balances in the EU system.

People are perfectly capable of coming to these judgements themselves. They do it all the time. People assess competing notions of risk whenever they decide to get the bus instead of taking the car, or when they buy a house or get married. The latter two are risk assessments which will have a much greater impact on your life than Brexit and people seem to make them just fine while only occasionally having nervous breakdowns.

The confusion and frustration we're seeing isn't about people's inability to process risk and interpret structures, it's that the way political debate is conducted in this country has become so patronising and misleading that it's hard to shake the impression you're being lied to. This referendum has been a particularly pernicious example of that.

Remain has engaged in a campaign of non-stop scare-mongering, which far exceeds what any reasonable person could withstand. By over-reaching themselves so badly, they have lost their audience. As Faisal Islam asked during David Cameron's grilling on Sky News: "What comes first, World War Three or the global Brexit recession?" They’re counting on those dire warnings having an effect by the time people get to the polling station, and probably they will, but in the meantime the histrionics just turn people away.

Leave have been just as misleading, from posters pretending Turkey is about to enter the EU, to made up numbers about British contributions to the EU. But most unhelpful of all has been their pretend notion that we are voting on membership of the single market.

Leaving the EU would not end freedom of movement. That is part of the single market. One might interpret the vote as saying we should then go and do that. But Leave haven't done that. They've suggested that a vote for Leave means we can 'take back control of our borders', because they know immigration has a deeper emotional resonance with the public than talk of sovereignty or the European Commission. And it may well be the first step towards doing that. But all it actually means is that we're leaving the EU.

If the public votes to leave they may be rather shocked to discover that it does not necessarily entail ending freedom of movement. They may also be shocked to read reports in today's newspapers that pro-EU MPs will fight a rearguard defence to maintain our membership of the single market even as we exit the EU.

They'd be entitled to be shocked, because none of this has been made clear. Both camps have adopted the patronising but hugely effective tactics of modern political campaigning: reduce the issue to black and white terms and then hammer home your message. But when the referendum is on something complex, where value judgements have to be applied to competing notions of risk and validity, this obscures much more than it simplifies. Remain and Leave have given us a simple message: economic disaster on the one hand, uncontrolled borders on the other. Any nuance or complexity has been written out the script.

The debate has become so grubby and fundamentally unenlightening that the public is grasping for those hard stone tablets of facts. But they don't exist. It's people's judgement, not facts, which should define how they vote on June 23rd.