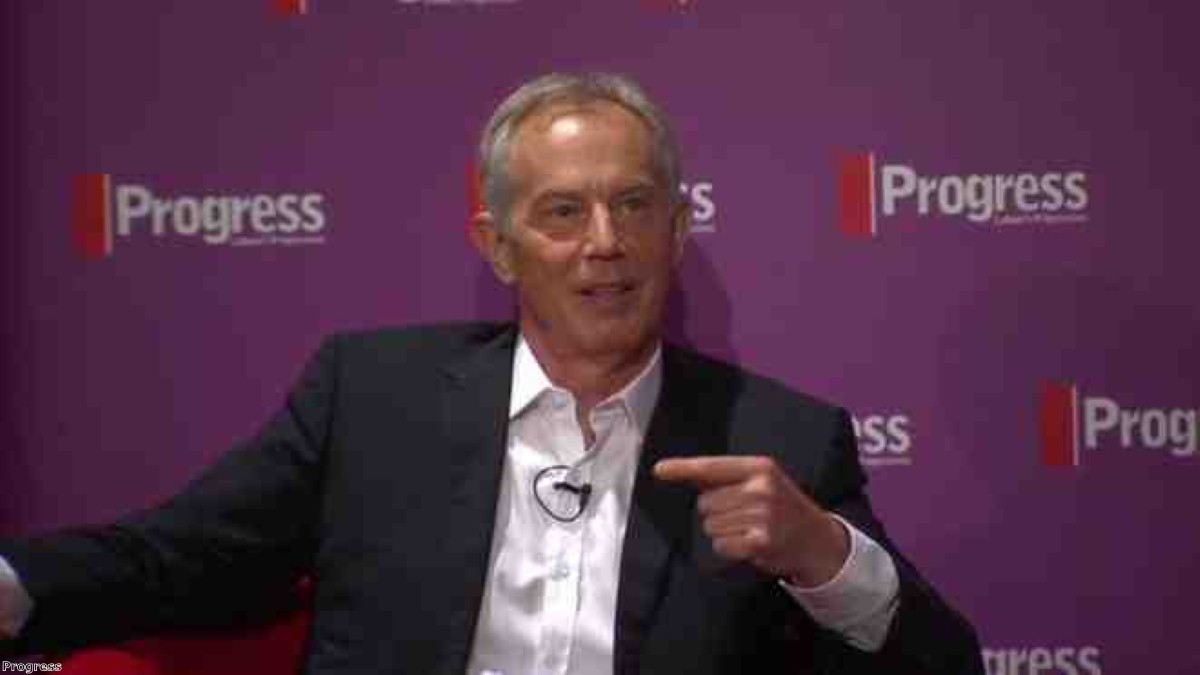 In the end it was a crushing victory, with Jeremy Corbyn scooping up almost 60% of the vote.

For all the months of talk about £3 'entryists' stealing the election, Corbyn won massively among full members. And for all the apocalyptic warnings from Tony Blair, Corbyn achieved a bigger win than even he managed in 1994.

The scale of Corbyn's victory was the final insult to the man whose repeated interventions in this race did more to secure Corbyn's win than anything the man himself did in recent months.

And that scale should not be underestimated. It was the biggest win for the Labour left in its history. Even Ken Livingstone's defeat of Frank Dobson in 2000 pales in comparison. And it was all done in the face of massive opposition from the Labour establishment and almost every newspaper in the country.

As a result the Labour party is now irrevocably changed. It is no exaggeration to describe today's outcome as a revolution. The era of Blair and Brown and their followers is now well and truly over. New Labour is not just dead, but cremated and blown before the wind.

So much for all the talk about £3 'entryists' stealing the leadership. Corbyn won massively among full members. pic.twitter.com/KrPBlhtmIX

In the coming days, weeks and months, Corbyn will cement his power within the party, bringing in loyal allies both in front and behind the scenes. Party structures will be altered and policy-setting procedures changed in order to fundamentally reshape Labour in his vision. For all the talk of 'bringing the party together' this is unlikely to be a gradual change of heart. This will – to paraphrase Blair – be full-scale heart surgery.

There are many dangers to such radical change. Further resignations of shadow Cabinet members are certain and defections are also possible. The attacks on Corbyn and his party both from inside and outside the party are likely to be brutal and relentless. No former Labour leader will have ever faced a more difficult task than Corbyn faces now.

Is he up to it? We should find out very soon. Within just one week, he will have to form a new shadow Cabinet, carry his party through a number of difficult votes and face David Cameron at prime minister's questions. Every slip-up he makes will be magnified and pored over. Every word he utters will be analysed and denounced.

Ed Miliband was often praised for his resilience as Labour leader during the general election campaign. His successor will need to be at least twice as resilient just to make it to polling day. There are lots of reasons to doubt that he can do it and perhaps just a few reasons to suspect that he might.

But whatever happens, Corbyn has fundamentally changed the Labour party, for good or for ill. The coming weeks and months are set to be among the most fascinating in British political history.