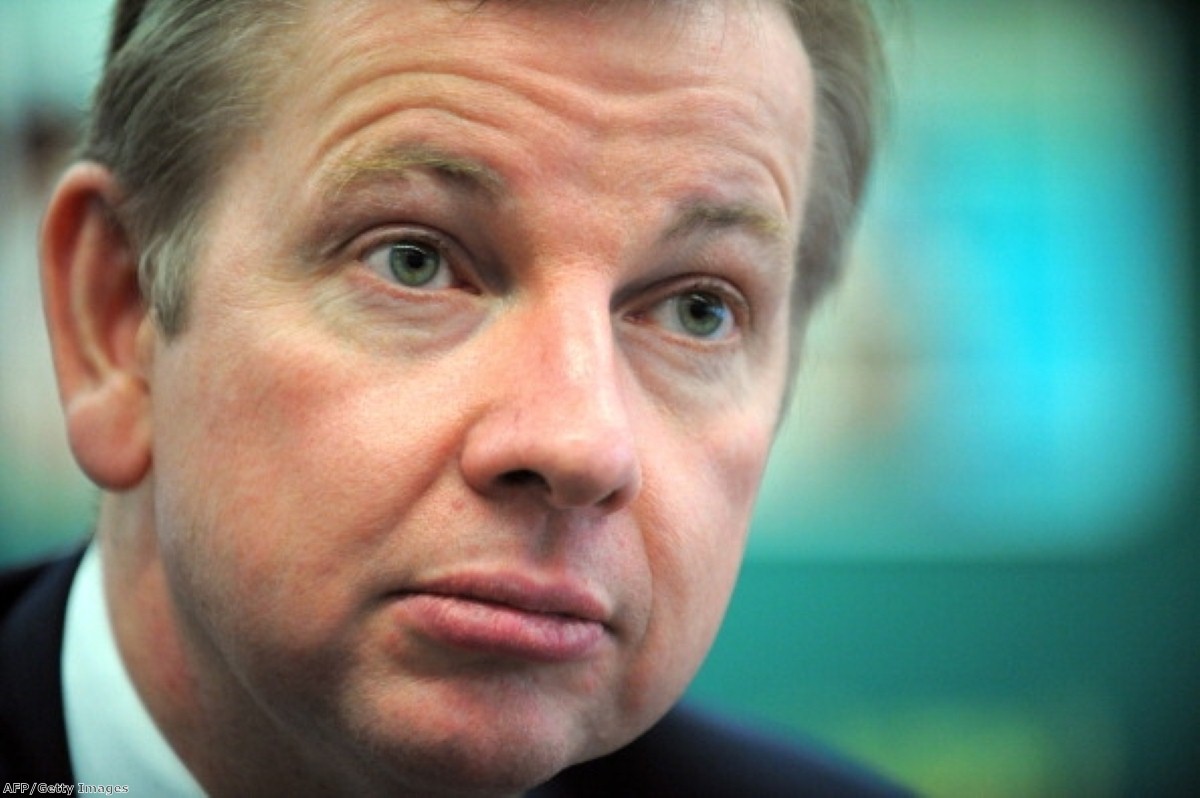 Prison inspector to Gove: You need to reduce prison numbers

One key aspect has been missing from Michael Gove's growing commitment to a more liberal prison policy: an understanding of numbers. After a very well-received speech earlier this month in which he outlined his thinking on the subject, the new justice secretary was asked if he recognised that without reducing the number of prisoners, and therefore improving the staff-to-inmate ratio, it would be impossible to give them the attention they needed for rehabilitation.

Gove parked it. He gave what I thought to be a certain nod-of-the-head – or at least he did not rule it out. But he refused to say that prisoner numbers needed to be reduced.

Today, in a remarkable statement from chief prison inspector Nick Hardwick, that point was made again, this time more forcefully. It came at the end of a damning report on conditions in Wandsworth prison, which holds 1,630 adult men – 70% over its certified normal accommodation of 963. Meanwhile, there were "severe staffing shortages" – where staff were down by 100 since the last inspection.

The consequences were predictable. Processes to keep prisoners safe "lacked resilience". There had been four suicides since the last inspection and another two deaths – one seemingly a murder – since the report was compiled. Systems to identify and manage violence had lapsed and landings were often unstaffed, allowing more violence to take place. An absence of staff meant those prisoners without work (about a third of them) were in their cells for 23 hours a day. They were unable to use phones or showers.

Usually, the prison inspector's comments at the publication of a report are restricted, as one might imagine, to the prison which has been inspected. But towards the end of Chris Grayling's time at the Ministry of Justice (MoJ) Hardwick started issuing lightly-coded attacks on "policy". Today's report sees him veer off-piste right onto national policy in a clear bid to get the issue of prisoner numbers onto the agenda. Here's his statement in full:

"Overcrowding and severe staff shortages had led to deteriorating outcomes at HMP Wandsworth. It was not simply a matter of prisoners spending practically all day confined in shared cells the Victorians had designed for one – unacceptable though that was. Overcrowding, combined with severe staff shortages, meant that almost every service was insufficient to meet the needs of the population.

"Managers and staff in the prison deserve credit for preventing the prison from deteriorating further, but it was not a surprise that some managers and staff were demoralised and others were clearly exhausted. Not all the problems at Wandsworth were a result of the population and resource pressures and this report identifies important areas the prison itself can and should address. Nevertheless, the Prison Service nationally will need to address the mismatch between a prison's available resources and the size and needs of its population. Unless this is addressed, prisons will struggle to hold men safely and decently and to reassure the public that effective work has been done to reduce the risk that prisoners will reoffend and create more victims after release."

Given the system as a whole is stretched to breaking point, this demand equates to a general call for reduced numbers. The message comes not just from Hardwick but from almost every respected penal expert, most of whom Gove has been sensible enough to talk to. You can't improve prison standards without reducing prisoner numbers. But with the political dangers of being seen as soft on crime, will even these increasingly vocal and public warnings be enough to convince him?