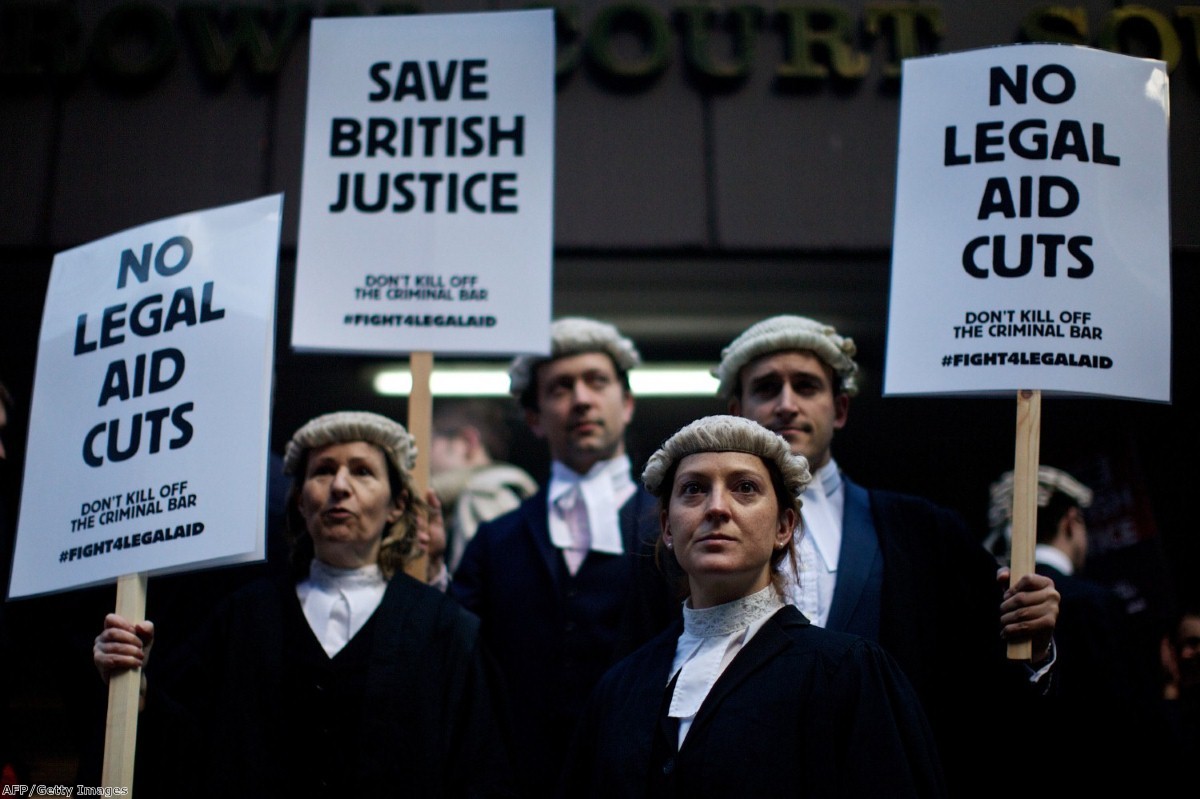 By tomorrow morning, Michael Gove could be facing the very real prospect of courts across the country grinding to a halt as a wildcat legal strike gathers pace.

Lawyers have been meeting to decide whether to follow Liverpool's lead and refuse to do any legal aid work after July 1st, when the next cut in fees come into force. Sources believe Manchester, the biggest legal area in the country after London, will follow suit at a massive meeting tonight. Newcastle is also expected to go the same way when it meets tonight. The big question mark hangs over London, where a meeting is set for this afternoon. If Liverpool, Manchester and London go, that's game over for the Ministry of Justice. The court system can't handle that degree of shock.

"My sense is that the rest of the country will follow Liverpool," a source tells me, "with the exception of one or two pockets where they're a little more conservative. The impression we're getting is that Liverpool has captivated others around the country."

Analysis: How Liverpool strike could bring court system to its knees

Legal sources are very confident Manchester will follow Liverpool tonight, with around 400 barristers and solicitors expected to meet and decide to take action together. "We've had confirmation from many members of the bar, we've had messages of support – commitments to whatever form of action they can take which supports us," a local organiser tells me. "This doesn't come from the leadership [of the Criminal Bar Association]. There's no official line. But the rank and file support us and even those on leadership committees are split. Many have contacted us to say they're seeking to change the leadership from its current position against action."

The mood ahead of the meeting seems strongly in favour of a strike. "It’s militant," the source says. "We have an internal email group which contains about 400 different email addresses – all Greater Manchester legal aid solicitors. With the exception of one person, everyone has spoken in support."

London is the big question mark hanging over everything.

"London is split," a source from outside the capital says. "It's very different to the rest of the country. Everyone else is rather incestuous. In London there's much more overlap, there's more firms per square mile. It'll be harder for them to secure unanimity. But my understanding and the feedback I'm getting is that everyone is up for action."

An organiser in London says:

"I'm going to say hoping [for support for action], not expecting. London is such a mad place. There's these pockets. There's a few firms who might fill the gaps in these circumstances and take the opportunity. My message to my colleagues is we can't be scared of this. We've used that as an excuse too many times not to stand firm. That's why the government keeps pushing us to the limit, because they know the extent to which to push. We're always looking over our shoulder."

The fear of other firms stepping in and hoovering up the work left by a strike is what causes doubts outside of London as well. In Wales, the Cardiff meeting was "very unified", an attendant tells me, but the South Wales region in general is harder to predict. There are two public defenders offices in the area and some are scared they will metaphorically cross the metaphorical picket line.

But the extent of the cuts the profession has faced is so severe they are increasingly willing to put that worry to one side.

"We're now in a grim predicament, between a rock and a hard place," a source says. "You can cut grass ever shorter by dropping the blade, but lower it far enough and the roots come up. We're at that point now."

Another mentions that pay rates for legal aid work have not risen for 20 years and are now actually falling.

"When I came into law as a trainee the hourly rates were around £45 an hour. In those days non-legal aid firms were charging £200 an hour. They now charge £350 an hour. Our rates are down to £38 an hour. We have experienced cut after cut after cut. So long as we have been able to continue to undertake the work and continue to provide a good quality service to our clients we haven't complained. But this latest cut coupled with cuts due in January 2016 mean that in 99.9% of cases solicitors undertaking publicly-funded criminal defence work will only be able to do so at commercial loss. It really is as simple as that."

As one source says:

"I'm not Red Ken but equally I'm not going to sit around while Rome burns."

By tomorrow morning, we will have a clearer picture of the extent of the action. But for the time being it appears as if the momentum is in favour of those who want to take a stand.