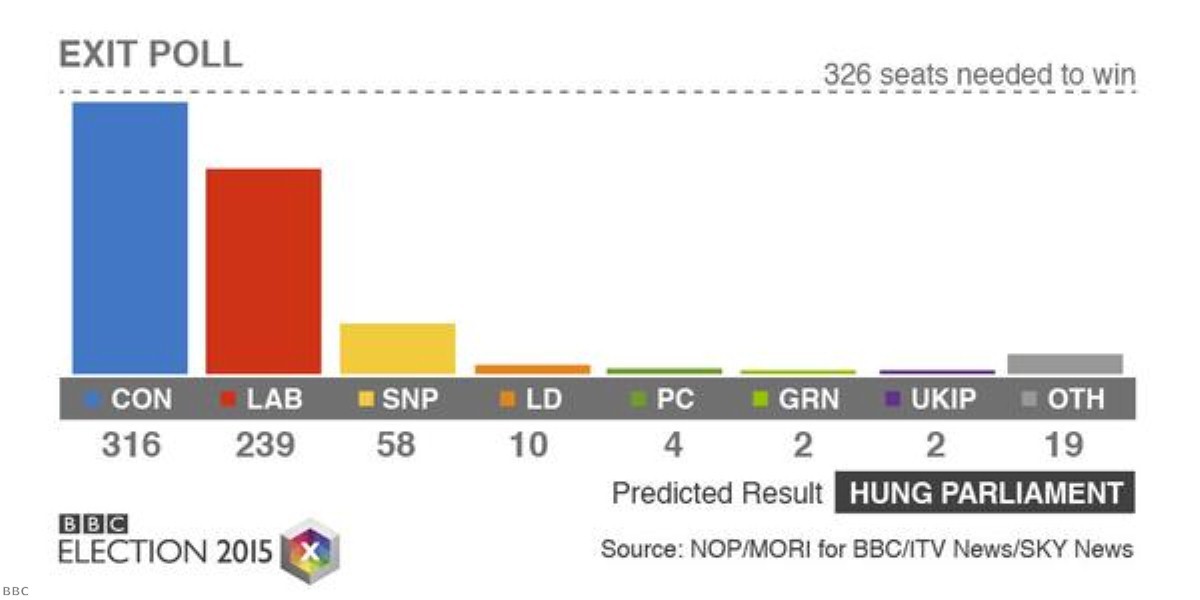 This exit poll changes everything we thought about #GE2015

Let's assume tonight's dramatic exit poll is right. It has been broadly right in the past two general election so let's assume it has been again. If so, it means so much of what we've assumed about this election has been badly, badly wrong.

Here's five assumption this result would potentially turn totally on their head.

1. The Conservative party would have actually increased their number of seats.

Nobody, beyond the most ardent party loyalist, would have predicted this until now and it's incredibly rare for a governing party to manage this. They wouldn't have won enough seats for a majority on their own but this would be an undeniable victory for the Tories and a vindication of their much-criticised campaign. A Conservative coalition government would look overwhelmingly likely both mathematically and politically.

2. Labour would have lost and lost badly.

Their vote would have collapsed both in Scotland and the rest of the UK. Even if (and it's a big if) the Conservative-led coalition failed to pass a Queen's speech, it's incredibly difficult to see how Labour could attempt to form a government under these numbers.

3. Expectations that Labour would have held on to at least some of their Scottish strongholds would be proven totally wrong.

The SNP would also have done better than they could have possibly hoped and indeed better than they could hope to believe. As Nicola Sturgeon tweeted tonight: "I'd treat the exit poll with HUGE caution. I'm hoping for a good night but I think 58 seats is unlikely!" But unlikely is not impossible. If this poll is right, the SNP are on course to win all but one seat in Scotland. A remarkable and historic result.

Their predicted ten seats means they would have benefited from zero 'incumbency effect'. Like Sturgeon they find this impossible to believe. Former leader Paddy Ashdown told the BBC he would "eat his hat" if the poll turned out to be accurate. But if hat is on the menu then, the Lib Dems would still stand a chance of heading back into coalition government, with the DUP or others.

5. This would also be the biggest failure of the British polling industry in its history.

Polls over the past 24 hours were remarkably similar in predicting an effectively tied race between Labour and the Conservatives. The exit poll if accurate, would be well beyond any possible margin of error in the polls. Could the entire polling industry have got it so massively wrong? If so why and how? We'll find out soon enough as the results come in.