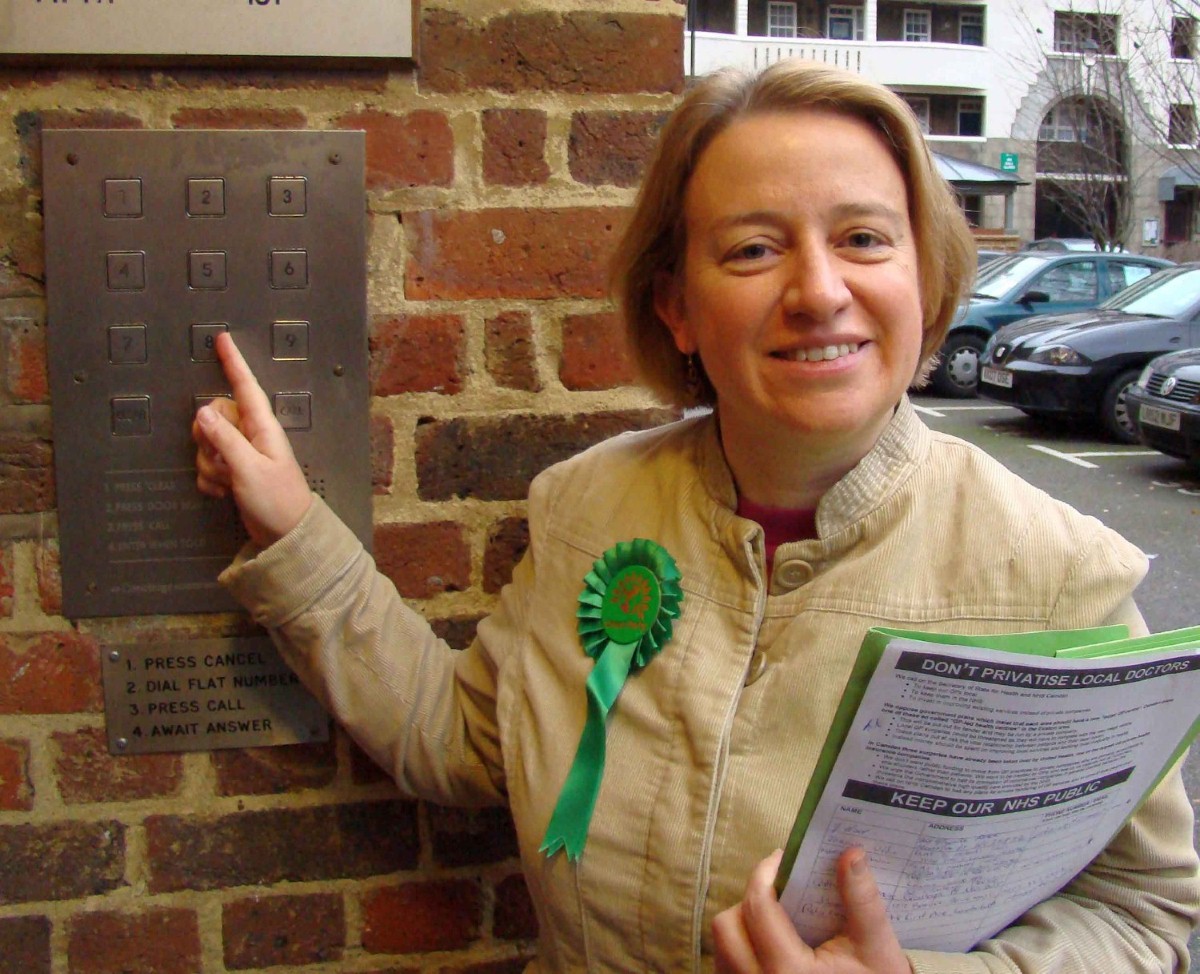 The day the Green party surge hit a cliff

All surges eventually hit rock. Today this happened to the Green party as they endured a truly excrutiating launch to their campaign.

The day began badly and quickly got worse for the party as their leader Natalie Bennett gave what must be one of the worst political interviews of recent times.

Bennett is a decent woman who appears to be in politics for the right reasons, but after this interview, even her biggest supporters will now be questioning whether she is really up to the job.

Asked on LBC radio about the party's promise to build 500,000 new social rented homes, Bennett was unable either to explain how much it would cost or how it would be paid for.  Politicians often don't have an answer to such questions of course, but they don't often lose the power of speech when asked them. Bennett did and it is almost painful to listen back to.

Even the host Nick Ferrari, appears to take pity on her at one stage saying he is "very sorry" to hear she has a cold.

Disasters sometimes happen in politics. Everybody has a bad day, but parties usually have ways of dealing with them. This morning the Greens just made their bad day much worse. Speaking at their campaign launch in central London, Bennett was inevitably asked about the Ferrari interview. Any politician in Bennett's position would understand that she cannot avoid such questions. However, rather than face up to it, Green peer Jenny Jones instead stepped in to forbid her leader from answering.

"She's not going to answer that," snapped Jones as Bennett repeatedly tried to say that she would actually quite like to answer. "No, no, no, no" Jones insisted waving her leader away in what were truly remarkable scenes. As it momentarily became unclear who was actually in charge of the party, Bennett finally stepped forward to answer the question, replying that "occasionally one has a mind blank."

The entire launch was rapidly descending into a shambles. I decided to ask a question about the policies contained in the party's six campaign themes. The press document handed out to journalists in the room claimed the party would (among other things) end austerity, abolish the bedroom tax, build 500,000 homes, scrap tuition fees, nationalise the railways, cut fares by 10% and increase investment in public transport. I asked how all of this would be paid for.

"I wish I hadn't picked you Adam," barked Jones.

"Thanks for asking that fascinating question. The fact is we will have a fully-costed manifesto at our manifesto launch."

Well that told me. As the whole launch turned to farce, former Green party leader and current MP Caroline Lucas quickly stepped in to give some broad answers to my questions. Unfortunately, the damage had already been done.

There are many appealing things about the Green party. Their democratic approach to policy-making and their willingness to make bold policy pledges are attractive in an era when the three main parties appear ever closer together. But if they're going to make such pledges they need to be able to at least give some basic explanation of how much they will cost and how they hope to pay for them.

Their pluralistic approach to leadership is also attractive. But when you have one member of a party, telling her own leader which questions they can and can't answer, it risks making the whole operation look like a total shambles.

All is not lost for the party. Most people do not pay attention to press conferences, radio interviews or daytime political programmes. But if the Greens are serious about turning their recent opinion poll surge into votes, then they need to seriously smarten up their operation.

All surges eventually hit solid ground. Now they need to start picking up the pieces.