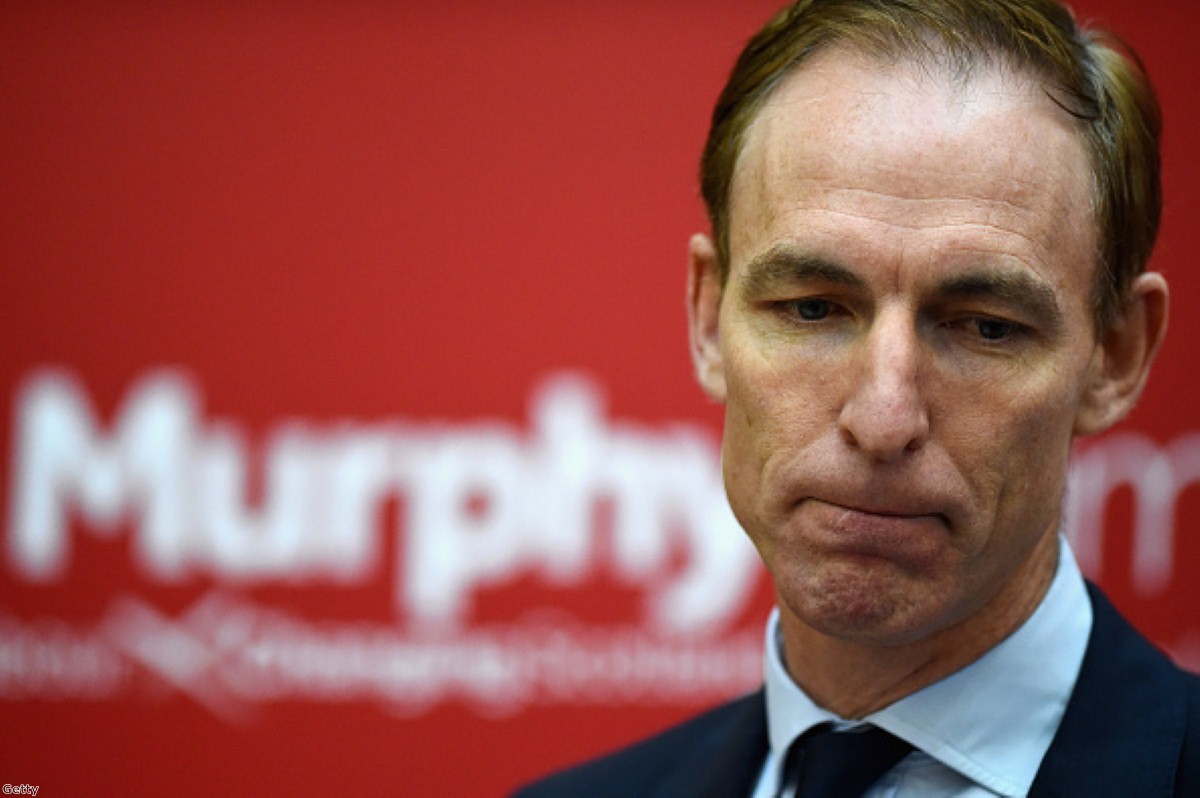 Political parties normally benefit from a "honeymoon effect" after selecting a new leader.

A fresh face and lots of free publicity usually boosts their standing, even if temporarily. However, a new poll out today suggests that Scottish Labour's selection of Jim Murphy may actually have worsened the party's chances north of the border.

The Survation poll for the Daily Record found that the SNP have actually extended their lead over Labour, since Murphy's selection. According to the poll, the SNP's lead at the next general election has risen from 22 points last month to 24 points now. Forty-eight per cent of Scots now plan to vote for the SNP in May and just 24% plan to vote for Labour.

If reflected at the general election, this poll suggests Labour would face losing all but a handful of their seats in Scotland as well as their chances of winning an overall majority across the country.

Labour had hoped that Murphy would dramatically turn around their chances in Scotland.

However, today's poll suggests his selection has at best made basically no difference to Labour's position and may even have made it slightly worse.

Ahead of Monday, here's a simple chart of 7 of our Scottish Westminster polls February-November for SNP/LAB share: pic.twitter.com/4SLHXuT4o9

Asked whether Murphy would make them more or less likely to vote Labour, 14% of all voters told Survation they were more likely to back the party while 18% said they were less likely to. The majority of voters (57%) said it made no difference to their vote at all.

Responding to the poll today, Murphy said that voters faced a clear choice between keeping the Tories in government or voting Labour.

"Voting SNP or Green in 2015 could accidentally keep the Tories in power," he said.

"During the referendum Scotland was divided between Yes or No. But in the general election most Scots will be united in wanting to get David Cameron out of Downing Street."

It is too early to know how much of an effect this message will have in May. It is also not clear whether the polling may be overstating the SNP's chances, given the kind of swings the party needs in order to win as many Labour seats as the headline figures suggests.

However, it is clear that Labour's hopes that Murphy's selection would lead to an immediate reversal of their chances have not been realised.

At best today's poll suggests that Murphy has halted Labour's dramatic decline in Scotland. At worst it suggests he may even have kicked them further down the hill.