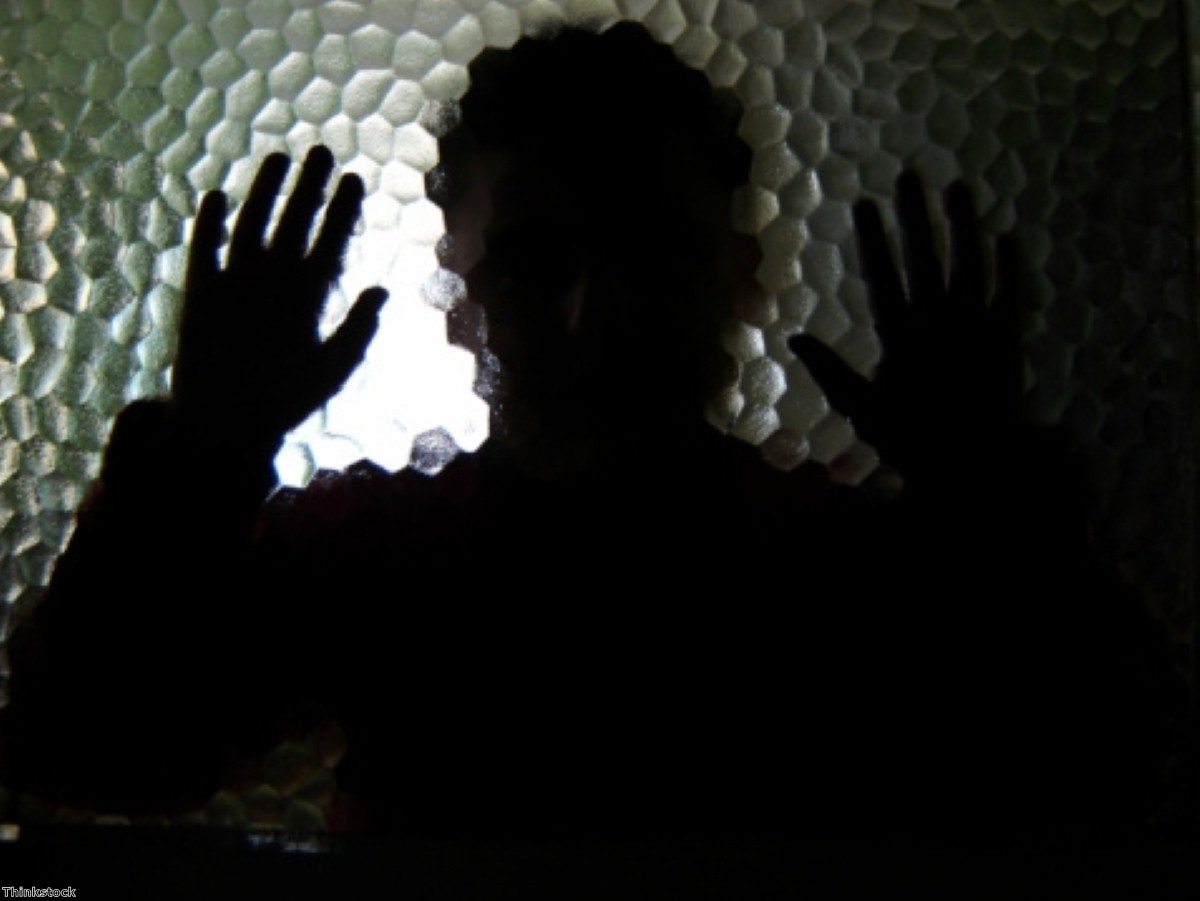 Since the Ministry of Justice started cutting legal aid, many people who need help found themselves left outside in the cold to fend for themselves. Women who have suffered domestic violence have gone to a solicitors and discovered that, even though they are financially eligible, they do not have the appropriate 'evidence' of their abuse to qualify for free legal representation.

The woman will be asked if she has evidence of an unspent criminal conviction against her abuser, or a police caution, or documents relating to ongoing criminal proceedings. The list goes on, but nearly 40% of women who've suffered domestic violence do not satisfy the criteria. They are left alone.

As one told Rights of Women, whose survey of domestic violence victims trying to access legal aid was published this morning:

"The law leaves me in a situation where my ex can come round when he wants to – text me, phone me – and as long as he doesn't swear, make threats or hit me I can't stop him. I and my kids are constantly frightened, living in lock down conditions and there is nothing we can do. It's hard to keep going. I have been and am suicidal. I can't cope. But there is no help."

Today the high court will hear a legal challenge to the rules, as Chris Grayling faces his latest judicial review – just one week after losing the last one. With any luck, they will find it unlawful. But even if they do not, the evidence test needs to be drastically widened so that no woman who needs legal help against her abuser is denied it.

The story of domestic abuse legal aid is one of warned consequences and insufficient safeguards. In a bid to slash legal aid costs, the government made most private family law ineligible. But on the side regulations were introduced which allowed domestic violence victims free legal services if they could provide evidence of their abuse.

That's a dangerous criteria. It's possible to stop domestic violence before it starts by focusing on emotional and mental abuse, as new changes to the law recognise. Stacking the requirements on the woman's side was not helpful if your main agenda is to protect those able to get away from their abuser.

Many people who have been abused will not have reported it, leaving them without the protective injunction or statement from a doctor which they need to qualify for legal help.

Today's report shows 38% of women who've experienced or are experiencing domestic violence did not have the prescribed forms of evidence to access legal aid. Twenty-three per cent of them would have had the evidence if it wasn't for the arbitrary two-year time limit.

What was the result of this absence of legal help? For 58% of respondents to the survey, it meant they took no further action. Twenty-six per cent paid a solicitor privately and 26% represented themselves in court.

The first is tragic. We do not know how bad it is. We don't know the bullying, insecurity and abuse heaped on the women who cannot proceed with their legal case. We just know that they were victims of domestic abuse and they could not access legal help.

The second can be financially ruinous, plunging already vulnerable women, who are often single parents, into debt.

The third is potentially dangerous. These are often small court rooms, with women being forced to sit at the front next to their attacker. They are usually extremely nervous. The attacker is often extremely angry. These are potentially explosive situations. They are also legally intolerable. The undertakings we aim to secure in domestic violence cases, such as guarantees not to go the woman's home or place of work, are much more difficult to achieve without legal representatives.

Justice denied? Women without legal representation often struggle to secure banning orders from their home or place of work

"I'm in a legal black hole. I don't qualify for legal aid and cannot afford a solicitor. So after years of sexual and emotional abuse I am left do deal with my son's father alone. How can this be right? Where do I go?"

These are the people who do not figure on a departmental spreadsheet about savings. Their anguish does not appear on documents about the public spending. They are not priced in.

"We couldn't get legal aid so the final straw was yesterday that my ex-partner turned up unannounced and was abusive and aggressive to me in front of my child and then refused to move. This resulted in the police turning up and telling them to move. It's the emotional well-being of my children and how it impacts on them that I have concerns. He can try and do what he wants to me but the children shouldn't have to see this. My five- and seven-year-old have been through enough."

And this is only for the women who are considered financially eligible for legal aid. Thirty-two per cent of women were ineligible for legal aid because of their disposable income, while 13.9% were ineligible because of capital or savings. For many, who are above the threshold but well below what anyone would consider well-off, it's a route to impoverishment. We are offering people a stark choice: crippling debt or the risk of further abuse.

"I earn a low income, yet I've been assessed as having too much disposable income (they don't take into account living costs for utilities etc) and when you aren't eligible you're expected to pay full solicitors costs – there's no help anywhere in between. I've had to face my violent ex-partner in court twice now, and will have to continue to do so as I simply cannot afford costs."

Priced out: Many people are plunged into debt due to solicitor costs

As Emma Scott, director of Rights of Women, said:

"The changes to the legal aid scheme introduced in April 2013 have had a devastating impact on women's ability to secure safe and independent futures for themselves and their children.

“We know that nearly half of women affected by domestic violence do not have the required forms of evidence to apply for family law legal aid. As a result the majority of those women tell us that they took no legal action as a result, leaving them at risk of further violence and even death."

These are the human consequences of cuts to legal aid, a dusty term camouflaging a cruel reality. With any luck, today's case will deliver another resounding defeat to the Ministry of Justice.

A Ministry of Justice spokesperson said:

"This government is exceptionally clear that victims of domestic violence should get legal aid wherever they need it to help break free from the abusive relationship. We have twice made changes so it is easier for people to get the evidence they need to claim legal aid, both during the passage of the Act and again earlier this year. Since the reforms were introduced last year thousands of people have successfully applied for legal aid where domestic violence is involved."