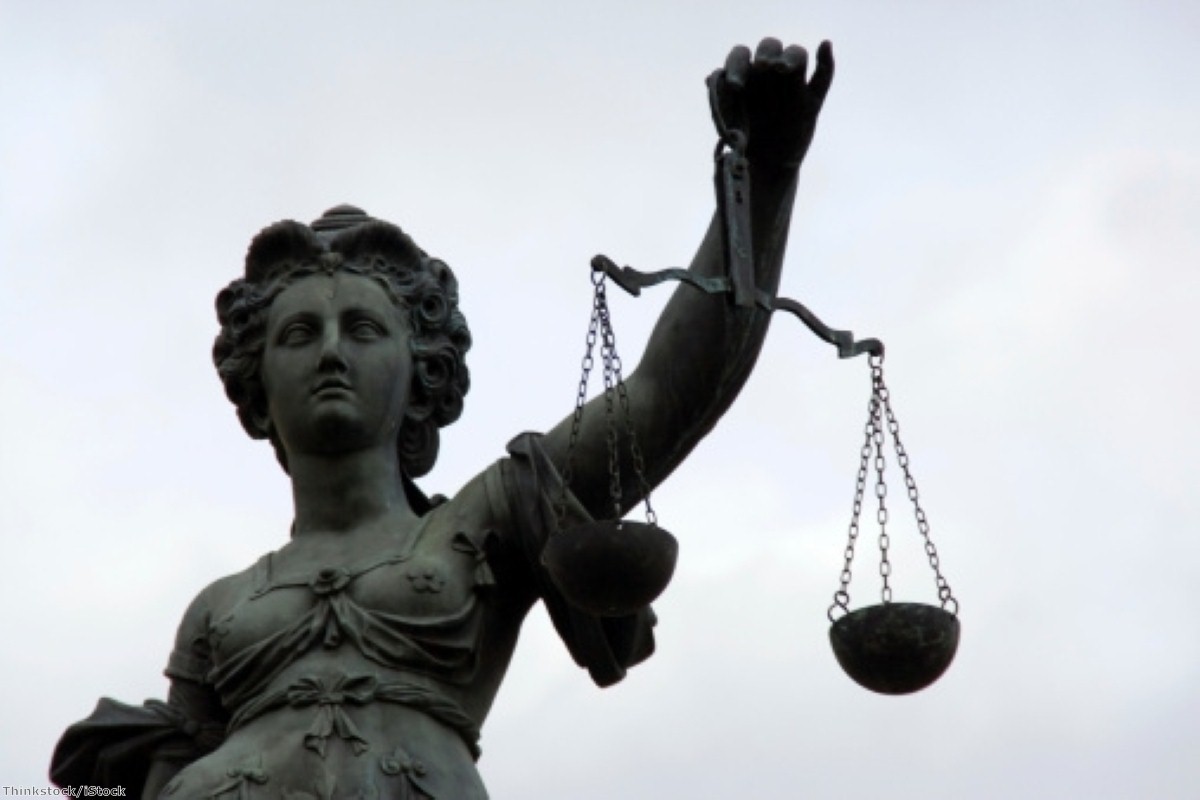 Slash and burn: How the coalition vandalised legal aid

It was evident from the way in which they conducted themselves and now a National Audit Office (NAO) report has confirmed it. The Ministry of Justice (MoJ) cut legal aid to bits without any assessment of how this would impact people's access to justice.

Its report today seems on the face of it relatively mild. It found the MoJ was on track to significantly reduce spending on civil legal aid in a short time frame. That, after all, was the intention – to snip a bit off the top of the MoJ budget so ministers could hold their heads up when meeting George Osborne. But as lawyers and others warned ahead of the reforms, what the department saved in one area would rise in others.

Those working in the courts are full of stories of how taking legal aid away makes things much more expensive and arduous. When people turn up at court without even a skeleton argument, without any understanding of law in the area under discussion, it makes court cases much longer. What could have been done in a morning can now take days, with a domino effect hitting cases down the line. No-one counts the real-world costs of that. People sitting in waiting rooms for hours, sometimes days, waiting for their case to be called, when they should be at work. Those costs don't feature on the balance sheet.

Take family law. There has been a 30% increase in the number of family court cases in which neither party has legal representation. The NAO estimates that'll add £3 million of additional costs to court costs annually and direct costs to the MoJ of £400,000.

And that's just in the immediately related areas. We don’t know what the wider costs are for our society of having people denied legal representation. As the NAO rather moderately puts it:

"There may also be costs to the wider public sector if people whose problems could have been resolved by legal aid-funded advice suffer adverse consequences to their health and wellbeing as a result of no longer having access to legal aid."

Then there is the non-financial but rather significant cost to our sense of justice. The legal aid cuts are sabotaging the British justice system. Earlier this year, David Cameron's own older brother, a barrister, succeeded in getting a fraud trail thrown out on the basis that legal aid cuts had limited the defendants' right to fair justice. He argued successfully that the five men could not find good enough barristers to represent them due to the reform.

Last month, James Munby, president of the family division, presided over a case involving the removal of a child by Swindon borough council from his parents, both of whom have learning difficulties.

In a damning judgement, he ruled that they could not be said to have had access to justice. It's worth quoting at length. I've never heard a judge speak so angrily about government policy.

"What I have to grapple with is the profoundly disturbing fact that the parents do not qualify for legal aid but lack the financial resources to pay for legal representation in circumstances where, to speak plainly, it is unthinkable that they should have to face the local authority’s application without proper representation.

"In these circumstances it is unthinkable that the parents should have to face the local authority's application without proper representation. To require them to do so would be unconscionable; it would be unjust; it would involve a breach of their rights under Articles 6 and 8 of the [European convention on human rights]; it would be a denial of justice. The child is also entitled to a fair trial.

"This is, it might be thought, both unprincipled and unconscionable."

But these effects of the legal aid reforms do not appear to have been considered by the MoJ. The department has mostly appeared uninterested in what the impact of the reform would be, apart from the obvious overriding priority of saving money.

As the NAO found:

"The Ministry of Justice did not think through early enough the impact of the changes on the wider system, and does not know whether people who are eligible for legal aid are able to get it.

"The ministry has reduced fees for providers without a robust understanding of how this would affect the market, and its monitoring has been limited.

"The ministry did not estimate the scale of the wider costs of the reforms – even those that it would have to bear – because it did not have a good understanding of how people would respond to the changes or what costs may arise."

Where it did predict changes, it was wrong. The MoJ insisted that taking away legal aid would push couples towards mediation. In fact, today's report shows there were 17,246 fewer mediation assessments in 2013-14, a 56% decrease on the year before.

The NAO conducted analysis of legal aid funded face-to-face advice provided by local authorities and discovered 14 legal deserts, where there was simply no publicly funded legal help available. "The agency does not know why," the NAO said, "and therefore cannot be confident that it is targeting funding at those most in need."

Again, this was warned before the reform and it came to pass almost exactly as we were told it would. The MoJ likes to talk about fat cat lawyers, but the people it targeted with the legal aid reforms were anything but. It put them out of business. It deprived local communities of legal advice, unless they were rich. Money, as ever, is the caveat to coalition vandalism. Its actions only ever target those on low or middle incomes. If you earn less than about £100,000, the reforms targeted you.

As shadow justice secretary Sadiq Khan said this morning, the report exposes this "reckless assault on access to justice for what it really is; bad value for money and leaving hundreds of thousands without proper legal advice".

Once you factor in the harms which the legal aid reforms caused – harms the MoJ did not bother to assess or monitor – it's unclear whether it can even be said to save the small amounts it was intended to. As Amyas Morse, head of the NAO, concluded:

"Without this understanding, the ministry’s implementation of the reforms to civil legal aid cannot be said to have delivered better overall value for money for the taxpayer."

Even at the modest task the MoJ set itself, it failed. But on the way it brutalised the British justice system and our sense of fair play.

"At the time our reforms began we had one of the most expensive legal aid systems in the world at around £2billion per year. Given the financial crisis inherited by this Government there was no choice but to find significant savings and this report confirms we are doing just that. We do not agree that significant wider costs have been incurred as a result of reform. The report itself estimates these are only around 1% of the total savings of £300m a year.

"This was never going to be an easy process, but we have made the necessary reductions whilst ensuring legal aid remains available where people most need legal help. These changes were debated extensively and approved by Parliament during the passage of the Act. Even after our reforms have been completed our legal aid system will remain very generous at around £1.5 billion per year."

On the subject of the Munby judgement, the spokesman said:

"The parents in this case have been granted legal aid, subject to a contribution. We absolutely agree that those most in need of legal help or advice should receive it. That is why we have reformed legal aid to make sure the system is sustainable and focused on exactly these kinds of cases."