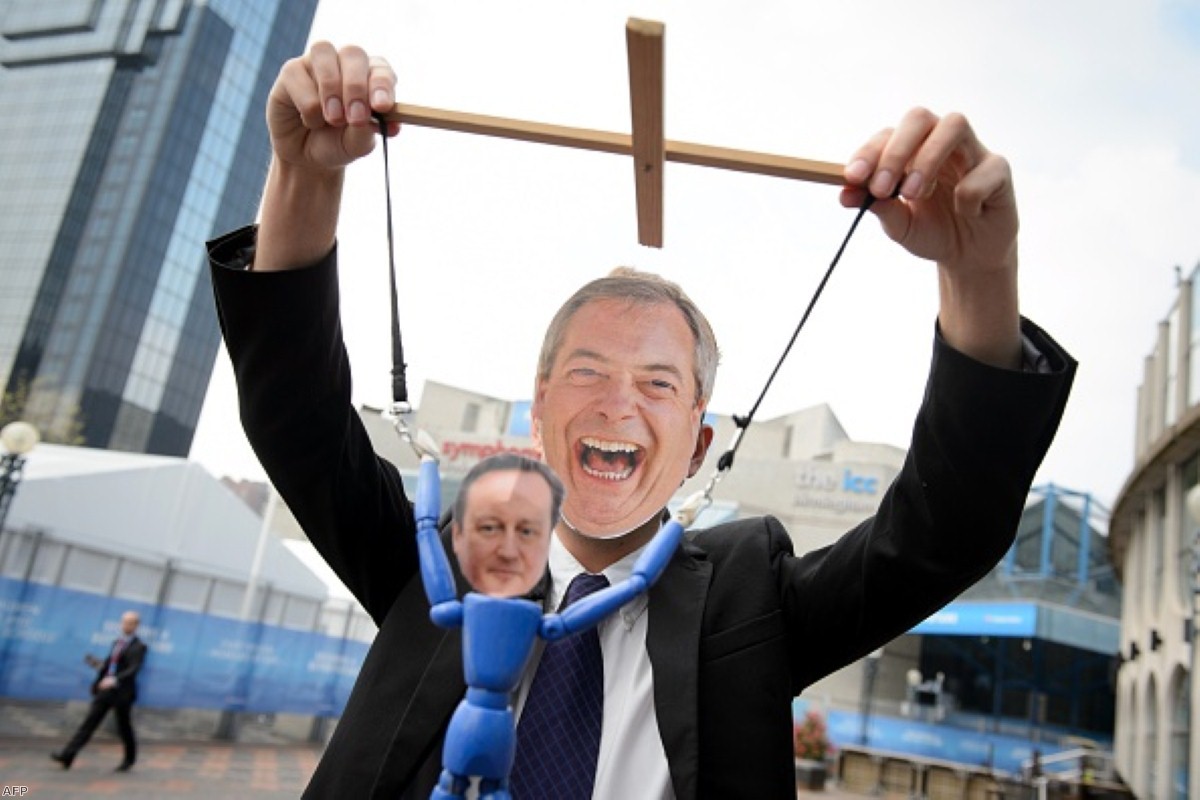 The bigotry of Ukip is swamping the Conservative party

This is what we have come to. A member of the UK government openly using the language of the far-right.

Michael Fallon's comments yesterday that "whole towns and communities [are] being swamped by huge numbers of immigrants" is the lowest point yet in the Conservative party's inexorable descent into the pit of bigotry dug by Ukip.

Let's call this what it is. This is the language and politics of the BNP.

When Fallon talked about migrants "swamping" communities and holding them "under siege" he was quite deliberately appealing to the ugliest and most base feelings in the country. He was deliberately stirring up hatred of foreigners in order to win votes.

This is not to suggest that either Fallon or his fellow Conservative MPs are racist themselves. I doubt Fallon or anyone else in government has ever felt under siege by anyone, let alone an army of benefit-cheating migrants. But it's worse than that. Despite not holding these views themselves, they are deliberately appealing to people who do in a desperate attempt to cling to power.

One anonymous government source later told the Independent that Fallon had regretted his "choice of words". But this was not an isolated slip of the tongue. This is a political strategy that goes right to the top of the Conservative party.

When Theresa May sent out "Go Home" vans through black and other ethnic minority communities, she did not expect a sudden rush of deserters to the border. But she did believe it would win her votes elsewhere in the country. Likewise, when David Cameron called on Europe to prevent free migration across the EU, he knew he had no almost no hope of actually achieving it. He is not stupid. He understands that there is as much chance of Germany accepting curbs on free movement, as there is of Angela Merkel suddenly resigning to become a stand-up comedian. He also knows that if he were to succeed it would be a disaster for the economy – the same economy he claims to have saved. He persists with his demands solely because it makes it look like he is being tough on immigrants.

The hole is not yet fully dug. There are still people like Sayeeda Warsi, Ken Clarke and Damian Green who understand that blindly mimicking Ukip would be a disaster for their party. As Green told the Andrew Marr show yesterday, lurching to the right in an attempt to win votes back from Ukip, will simply "hemorrhage" them support from the rest of the country. But these are like warning cries from the bottom of a well. The rise of Ukip has caused outright panic in the Conservative party and right now those panicked voices are the only ones that David Cameron can hear.

Yet if the Conservatives do morph into 'Bluekip' they are doomed to become a fringe party themselves. History has shown that the Tories can only win a majority by appealing to a broad range of voters across the country. This is how they have won majorities in the past and they abandon that aim at their peril.

But whatever happens in May, the damage has already been done. David Cameron once promised to turn the Conservatives into a modern representative party. That promise is now all but lost. If Nigel Farage and Ukip are digging a swamp then it is the Conservative party who are jumping into it.