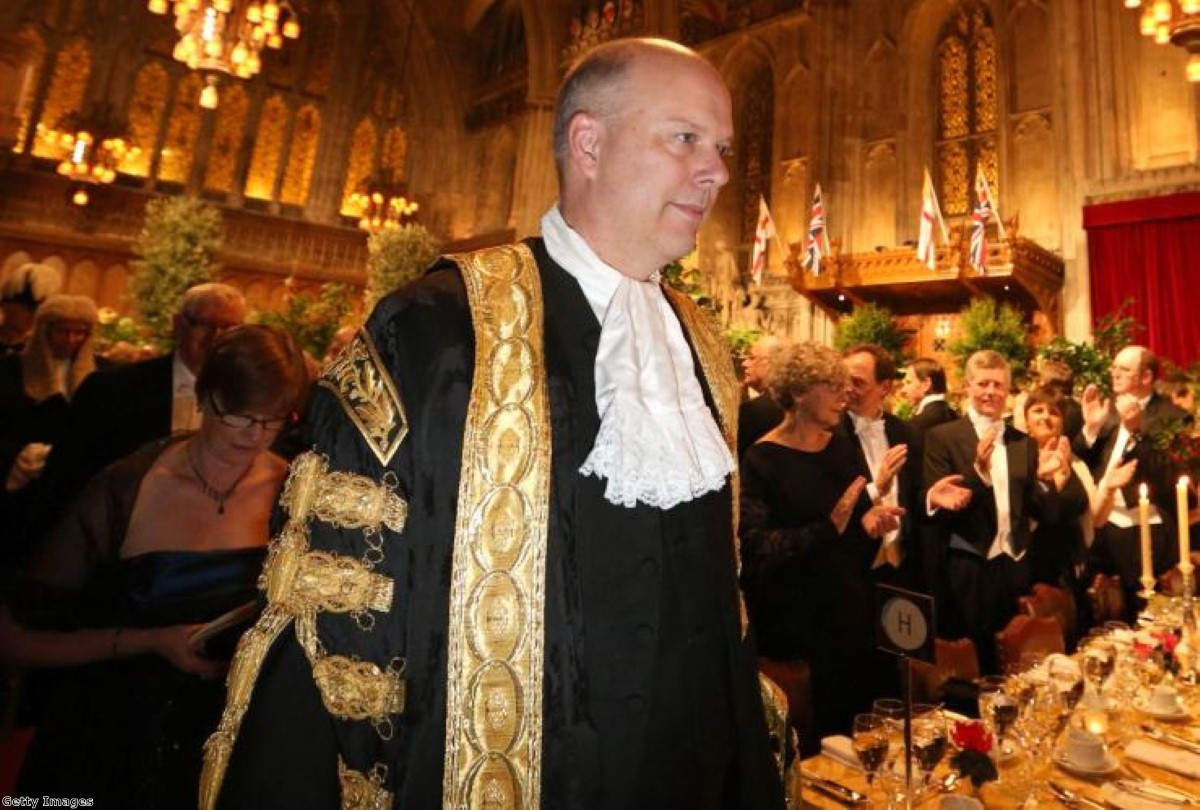 The lord chancellor is dismantling the rule of law

Chris Grayling has been caught out by the high court once again, this time for trying to protect insurance companies from people who have a couple of years to live.

Tomorrow he will try to scrap legal protections available to British citizens from the European Convention of Human Rights.

It is a damning charge sheet. What we are witnessing is a full scale assault against the rights of citizens and an attempt to bolster the powers of the state and private companies. And it is being conducted by the lord chancellor himself.

These were the victims he picked: mesothelioma sufferers. People who inhaled asbestos, usually through work. It is a horrible disease. From the point of diagnosis you usually have two years to live. That is why the House of Lords exempted them from the Legal Aid, Sentencing and Punishment of Offenders Act (Laspo).

This legislation forced people winning compensation to pay up to 25% of it in costs. It's supposedly intended to address those personal injury claims you see on daytime TV. But mesothelioma is not a typical personal injury claim. Sufferers have two years to live, through no fault of their own except for doing their job. So Section 48 of the bill exempted them from the payback requirement until the lord chancellor had conducted a review.

But he did not conduct a review. He brought in what the Ministry of Justice later pretended was a consultation. It wasn't. The people being consulted had no idea it was happening. If they had, they would have brought evidence. It was all fake. And then the government predictably lifted the exemption. It is the behaviour of a third world dictatorship.

During the case, Leigh Day partner Harminder Bains found that the government had made a deal with the insurance industry to benefit it at the expense of the mesothelioma sufferers.

As the judge said this afternoon, when he found against Grayling:

"The question I have to answer is simple: did the lord chancellor carry out a proper review of the likely effects of the Laspo reforms on mesothelioma claims as Section 48 required him to? I conclude that he did not. No reasonable lord chancellor faced with the duty imposed on him by Section 48 of the Act would have considered that the exercise in fact carried out fulfilled that duty. This is not a case in which the procedural failure was minor or technical in nature."

"Mesothelioma is a horrific industrial disease. Its victims deserve better than the shameful way this government has treated them. Instead of honouring their commitments, David Cameron and Chris Grayling have wasted thousands of pounds of taxpayers’ money on expensive lawyers to dodge justice. Hardly a week goes by without the High Court finding the lord chancellor has acted unlawfully in driving through cuts in legal services for the most vulnerable groups in society."

Meanwhile, Grayling is preparing tomorrow to unveil Tory plans to scrap Britain's human rights laws. As published on the Jack of Kent blog, the plans would repeal the Human Rights Act and break the formal link between the European Court of Human Rights and British law. Its judgement would now be treated as advisory and need to be approved by parliament.

There are plenty of things wrong with the European Convention of Human Rights and one does not need to be swivel-eyed backbench loon to believe that a country should be the ultimate arbiter of its laws. But let's be clear what the human rights attack really is. It is not about euroscepticism or common sense or any of the other justifications they are using. It is about scrapping legal protections against the state.

Grayling has tried to take legal aid from the poorest and most vulnerable, in a move branded contrary to the very principle of equality under the law. He turned legal aid into "an instrument of discrimination". He has tried to dismantle a vital legal protection available to the citizen – judicial review – which has been used to stop him abusing his powers again and again. He has tried to restrict legal aid for domestic abuse victims. And now he wants to take away citizens' ability to take their case to the European court.

His every action appears intent on tearing up British legal protections for citizens and massively bolstering the powers of the state. The cruel irony is that this is a government which prides itself on its dislike for the state. But in every meaningful way, it is vastly increasing its powers.

Grayling has proved as authoritarian as the worst of New Labour's ministers and as morally compromised as a tinpot dictator. He is attacking the very legal values he is tasked with defending. He is unfit for the position of lord chancellor.