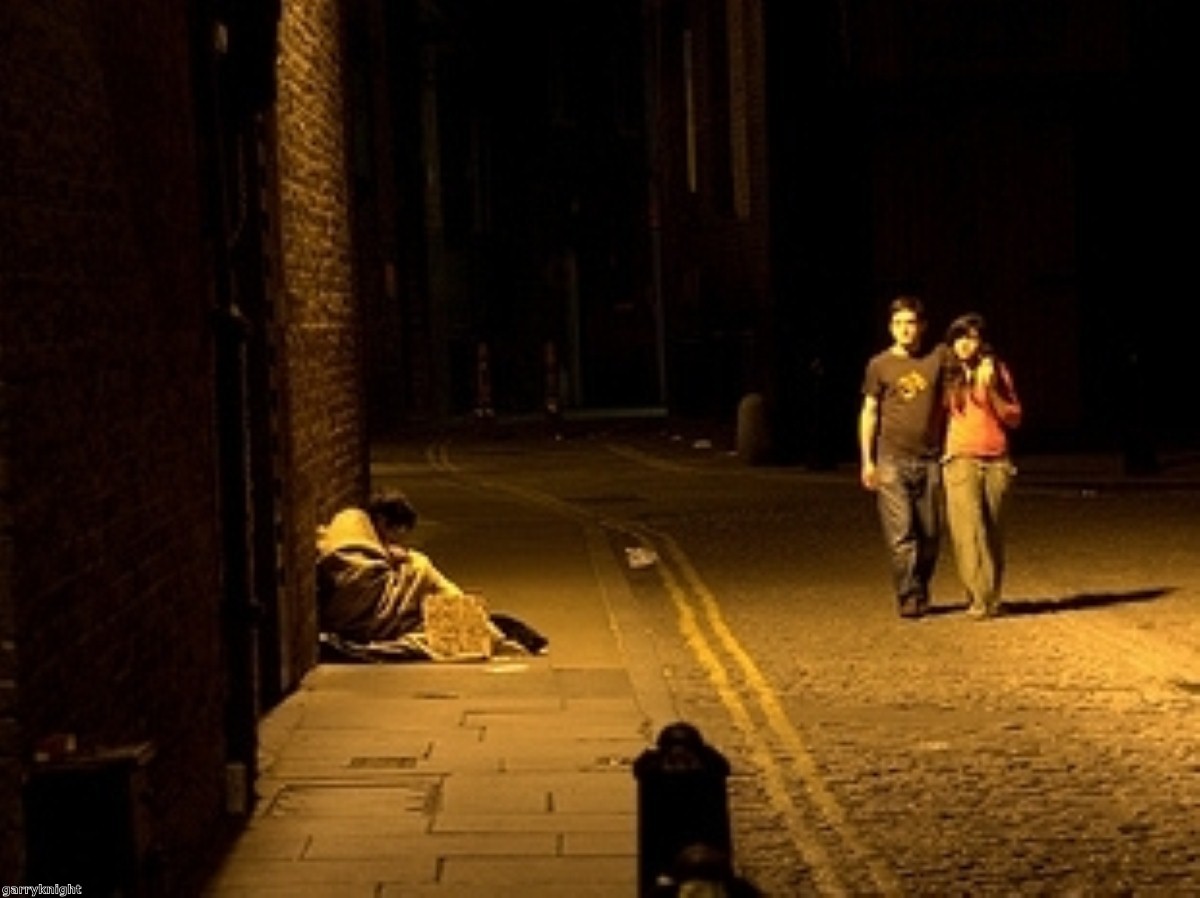 Punishing vulnerability: Why being granted refugee status can make you homeless

The horrors of being an asylum seeker in Britain are well documented. You're stripped of any purposeful activity, be it work or volunteering. If destitute, as most are, you are reduced to a bare  £36.62 a week to live and feed yourself nd your family. You are trapped in a maze of bureaucratic nonsense which can go on for years.

But what is less well documented is what happens to people granted refugee status. For them, the recognition that they are a legitimate refugee can be the start of a new nightmare, where they lose asylum support but are unable to work, claim benefits or even open a bank account.

A report today by the Refugee Council paints an appalling picture of administrative delay and error, forcing many of the refugees they spoke to onto the street. This is the treatment meted out to people we accept have fled torture, persecution and rape.

"I felt relieved when I got my refugee status but in reality it was just the beginning of a whole new set of problems," he says.

He waited months to receive his national insurance number. It's not supposed to take that long, but it frequently does. There are also often delays receiving the biometric residence permit refugees are required to have. The problem of delays, needless to say, does not seem to affect the cancellation of asylum support.

Ivo was unable to work, due to a medical condition resulting from traumatic experiences in his home country. he was also unable to access the benefits he was entitled to. After 28 days, the cash and accomodation granted by asylum support ended. He was trapped in the place between being an asylum seeker and a refugee. It's the real 28 Days Later.

"I was a refugee with no refuge," he explains.

The Refugee Council helped him into an emergency hostel before assisting him with private rented accomodation.

The idea refugees can set themselves up with housing and income in 28 days is anyway laughable, but it isn't helped by the standard incompetence of the Home Office.

"I was hoping that after my claim has been determined they are going to issue me a national insurance number, but we had to ring the Home Office over and over and over again," Charles told interviewers.

"They sent my file was sent to Glasgow, it was not filled properly. The rules were not respected by the person who did the application. So they had to send it back to the Home Office, we had to start another process.

"I was already out of [asylum] support, which means that the subsistence I was getting it was stopped. I needed a national insurance number to get any support."

"I gave them my [biometric] residence permit they said it was not acceptable," Nahal said.

"They said 'Wow. What's that?' It is not accepted. They didn't even know what was it."

Refugees are particularly at risk from homelessness. Typically, they're not classed as 'priority need' for housing by local authorities and they rarely have the funds necessary to access the private rented sector.

None of the people interviewed for the Refugee Council research had access to their own accommodation at the end of the 28 day period. Typically, they stayed with friends, lived in hostels or became homeless. A quarter of people in the sample had to sleep on the streets.

This is how common it is: When the Refugee Integration and Employment Service was in operation, 1,304 of the 2,423 people who accessed the service in london between 2008 and 2011 were recognised as homeless.

Could it be any more perverse? These people are being cast adrift specifically because the state has decided they are in need of help. They are being punished for the validity of their asylum claim.

This could be corrected relatively easily. But instead it will be exacerbated. The immigration bill currently winding its way through parliament with huge cross-party support means a strengthening of identity checks to access all sorts of services, including bank accounts and property rental.

The biometric residence permit – that document no-one has heard of and no-one seems to recognise – will be the main source of identification and the penalties for those who fail to check properly will be severe. We can expect many more refugees to be forced onto the streets.