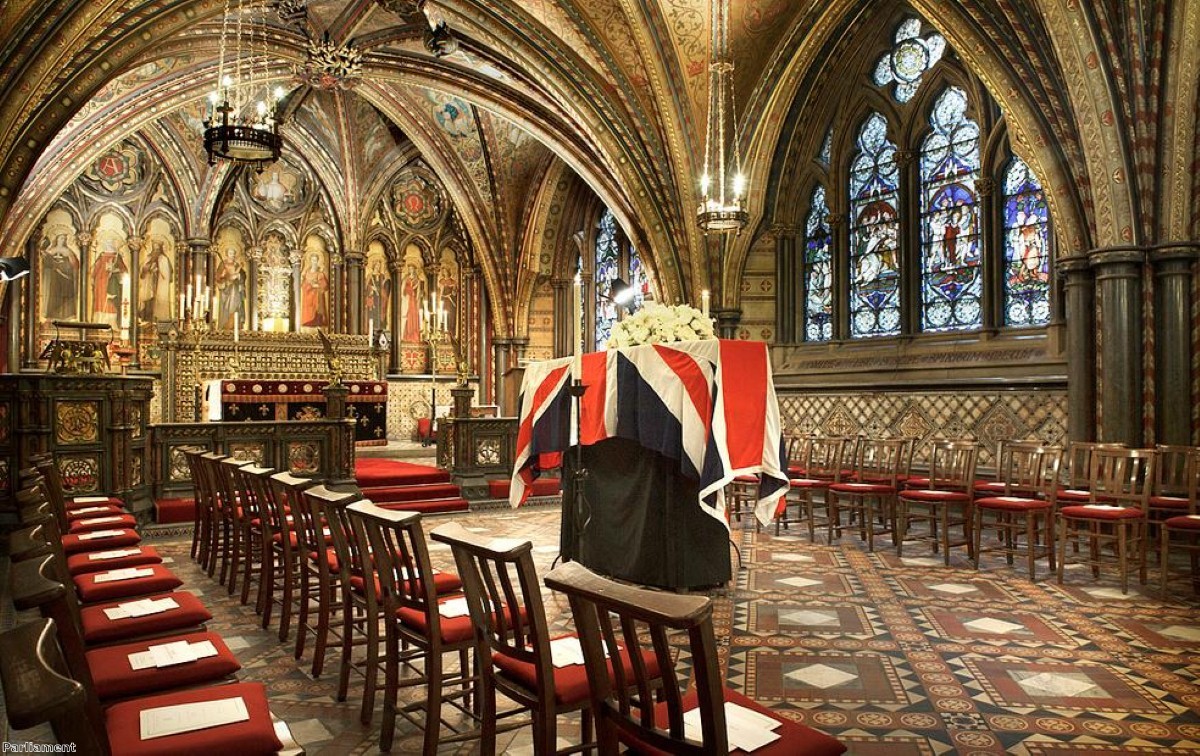 Parliament has some strange ways of showing approval to Britain's most important politicians. Now Tony Benn's remains are set to be honoured in an unusual way that only the Palace of Westminster could come up with.

As the political world offered tributes to Benn following his death last week, parliament's chiefs were scratching their collective head trying to work out how they might give the man who left the Commons to "spend more time on politics" a good send-off.

Benn's funeral is to take place on March 27th in St Margaret's, the perfectly normal-sized church over the road from the Palace of Westminster which is dwarfed by nearby Westminster Abbey.

Commons Speaker John Bercow has come up with the idea that on the night of March 26th, Benn's body will be permitted to 'rest' in the Chapel of St Mary's Undercroft. The only other politician to receive this honour is Margaret Thatcher, whose body rested there before her state funeral last year.

As parliamentary authorities are keen to point out, there is no such big event taking place for Benn. But he is a man who was elected to the Commons in 16 general elections, and was awarded the freedom of the House on retiring for having done so. The only other person to receive that honour in parliament's many centuries of history has been Edward Heath.

Because the chapel is part of the Palace of Westminster, a royal palace, Bercow has handed the matter over to Black Rod. This stockinged ex-military man is primarily responsible for security in the Lords, but also is the main point of contact with Buckingham Palace. Black Rod (whose real name is David, but don't tell anyone) has contacted Palace officials and is now awaiting a reply. Of course they will say yes.

When the Queen gives her royal nod of approval, final plans will be made for Benn's body to spend the night in the chapel. It's occasionally used by MPs getting married and, while off the beaten tourist track, is sometimes opened up by the odd tour guide here or there.

When parliament is sitting the chapel is also the location for rehearsals of the Parliament Choir, when Westminster staff join musically-minded peers and MPs for what its organisers call a "jolly old sing".

But next week it will have a more solemn role to play in the political life of our nation. The Reverend Rose Hudson-Wilkin, the Chaplain to the Speaker, will watch over Benn's body as the last act in Benn's long relationship with parliament is silently played out overnight.