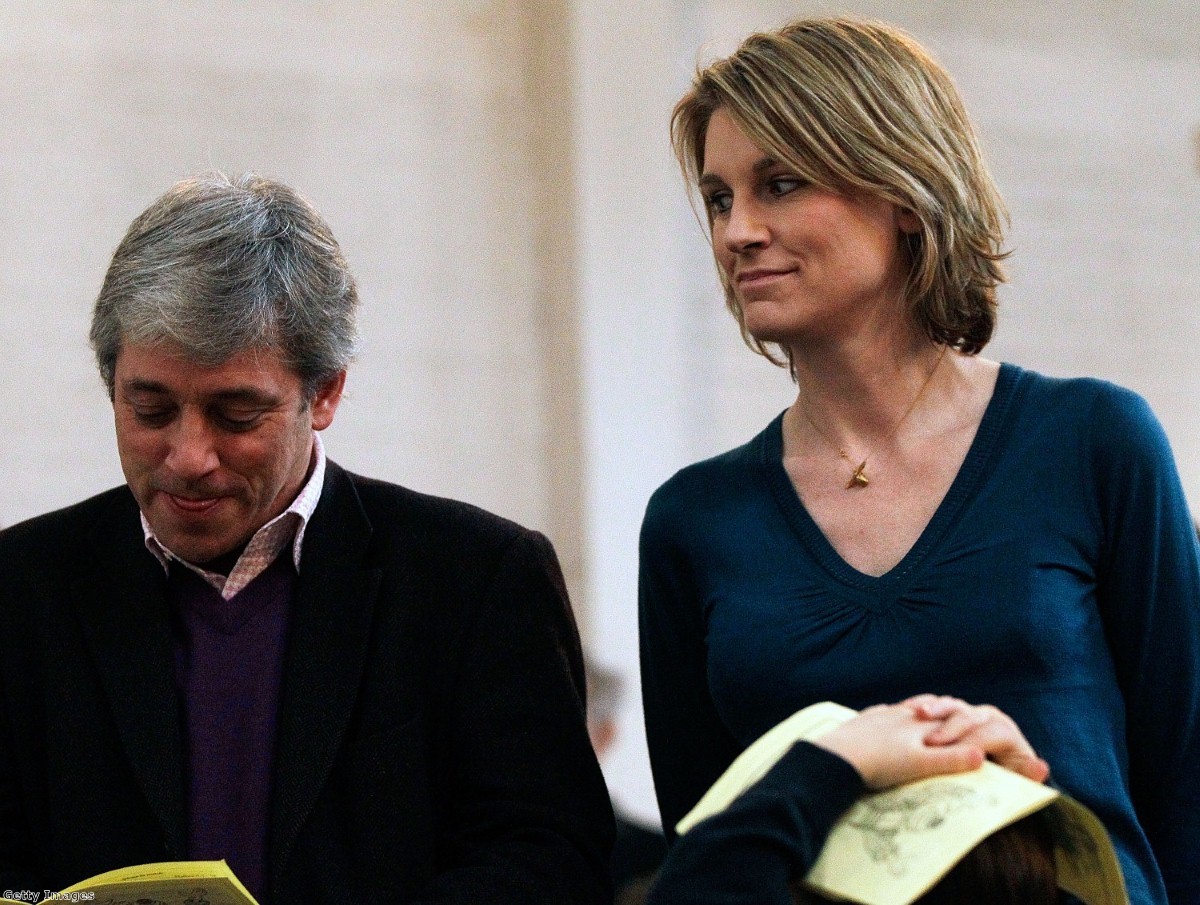 Sally Bercow's slipped up again and this time it looks like it might be for good. Weeks after being faced with a libel claim for naming Lord McAlpine, she also mentioned the girl who ran away with her maths teacher, breaching a Section 39 order and possibly committing contempt of court. She deleted her tweet hours later. The next day she told followers she couldn't reply. And then, finally, her Twitter feed became unavailable. Maybe it will come back. Maybe not.

It would be a genuine shame if it didn't. Bercow might be problematic, but most of the anger towards her reflects a nervousness about the kind of cultural change she represents in Westminster.

Even her announcement of her latest disaster reflects the benefits of having her on the Westminster stage. "Looking at tweets but (sadly) can't reply (#lawyerswhippedmyass #asdidMrB)," she tweeted. "So text/email/DM me if you're a mate. Hope 2 b back soon. xx."

Her mention of her husband's irritation – "#lawyerswhippedmyass #asdidMrB" – is typical of the way she communicates personal matters in a public forum. She did the same thing after being photographed in a bed sheet. "Oh bugger. I've been done up like a kipper. Mr B is going to go potty," she wrote.

Many commentators are outraged by this, on the basis that she is not living up to the office of her husband, or some such quaint rationalisation. Their real fear is that Westminster's cultural bubble is being invaded by the way people behave in modern Britain. Bercow's warmth, honesty, tone, lack of deference, interest in celebrity and her choice of phrases reflect the way the people outside parliament think much better than any MP. I don't particularly like all those things, but it does seem rather healthy that parliament reflects the country it is presiding over. Doing so does not damage, as some would have you believe, its moral or political authority. Refusing to do so certainly does.

She probably doesn't even realise she's doing it, but even Bercow's use of language challenges Westminster's power structure. That sounds absurd, but it's true. British politics relies on ancient and impressive-sounding job titles to protect the executive and parliament from scrutiny. The name 'under secretary of state', for instance, sounds impressive. When you meet them, it is usually a lofty titled attached to a medium-sized intellect. By turning the Speaker into #MrB, Bercow chips away at that protective shield in a way that traditionalists find threatening.

They say she brings the office into disrepute. That is a laughable notion. It is, admittedly, a little grating to hear her complain of being described as 'the Speaker's wife' when that is the way she was brought into the public spotlight, but the idea that she loses the right to independent thought or her choice of language because of her husband's career is so old fashioned it might as well wear a corset.

Bercow's opening salvo in mainstream public life – an Evening Standard interview in which she admitted to several one-night stands and over-drinking – remains her most important contribution. It sparked predictable outrage, but it brought realities of life in Britain into the political sphere. It was healthy and it did more than any journalist or politician to make normal people with bog-standard indiscretions in their past think of politics as something one might conceivably want to do. Newspaper witch hunts have created a generation of android MPs. Bercow's interview was a step in a wiser direction.

I imagine she will stick around even if she isn't on Twitter. Her ill-advised participation in Big Brother showed she has that Nadine-Dorries-like modern curse of wanting celebrity for its own sake, regardless of political success. But the social media site was her best method of communication. It brought Westminster just a little bit closer to a country which can't see itself in its crumbling windows.