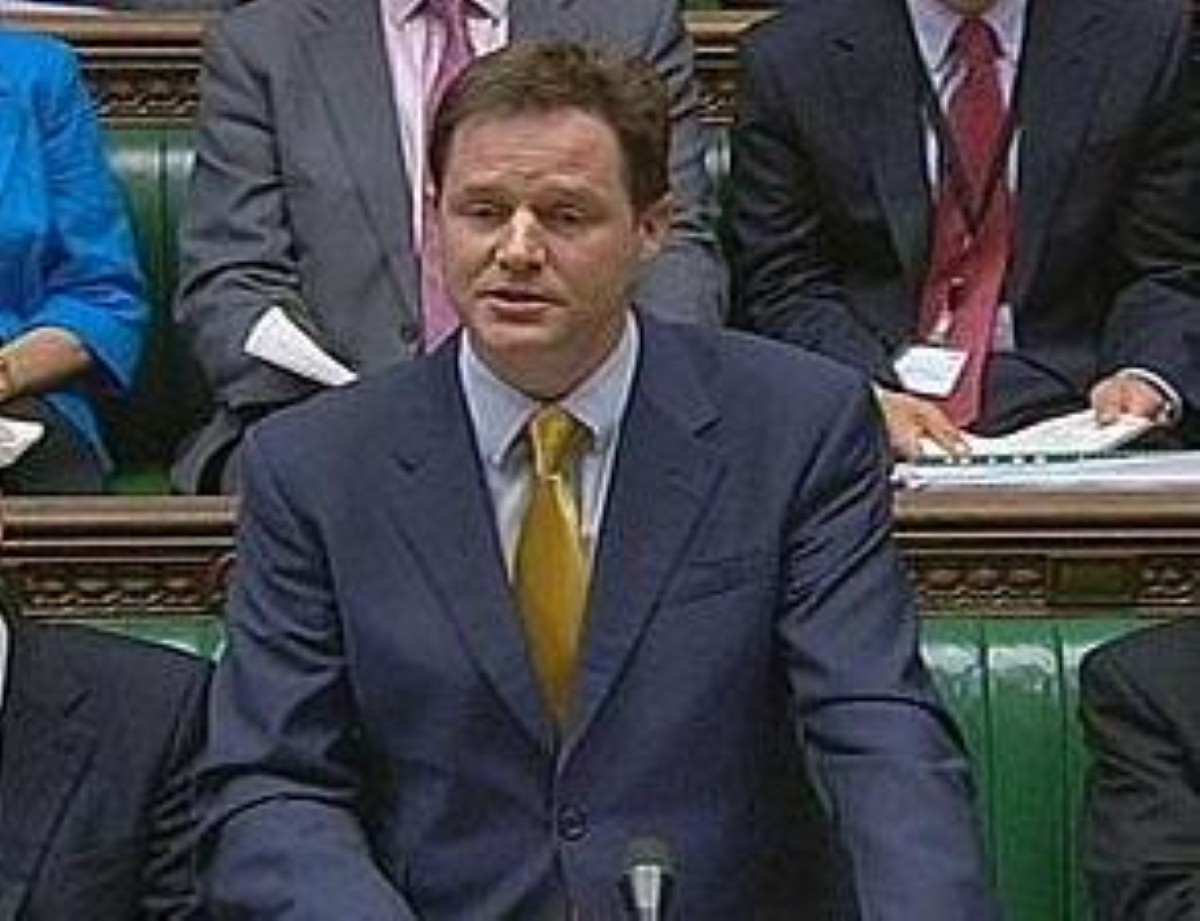 The Lords reform debate which will dominate the next year in parliament is going to be a slow-burning one, but already various strategies are beginning to emerge which will shape the struggle for change. Yesterday's deputy prime minister's questions session in the Commons chamber helped shine a light on three of them.

Both the Conservatives and Liberal Democrats, having been out of power for a long time, will not have appreciated at the start of their time in government quite how useful the Lords is as a place to kick politicians past their sell-by date. The party leaders' patronage in this regard was always useful, but is going to be even more important in the next year or so. The reduction in the number of MPs from 650 to 600 and the related boundary changes rely on the support of the Commons in a vote likely to take place around this time next year. Success is much more likely if fed-up MPs can be offered the carrot of a place in the Lords.

Politicians are aware this is a factor, as Nick Clegg revealed in answer to a question from Labour veteran David Winnick. He wanted to know if Clegg knew why so few Lib Dem peers were keen on the proposals. "The power of a whiff of ermine on people's opinions on reform of the House of Lords has never failed to amaze me," Clegg said sarcastically.

"All I can say is that the manifesto commitments of the hon. gentleman's party, my party and the Conservative party were clearly in favour of completing this century-long debate on the reform of the other place. I think we should now get on with it."

The last sentence of that quote sums up the second trend we can start to see emerging, as the coalition struggles to deal with the problem of presenting Lords reform as a parliamentary priority while making the political point to the rest of the country that they couldn't care less about it in relation to the more pressing problems faced by Britain.

Clegg is dealing with this by treating Lords reform as a minor adjustment, reduced in significance by what he claims is public support for it.

"We should just get on with reforming the House of Lords with the minimum of fuss," the deputy prime minister said in response to a question from Rehman Chishti. "I ask those who want to hold the whole of government and parliamentary business hostage on this matter why on earth they think it is such a priority for the country that that business should be brought to a standstill."

Note the use of the word 'priority' there, which I suspect reveals Clegg's real agenda in adopting this stance. Lords reform would be a momentous revolution in Britain's constitution – not something to be whistled through parliament without anyone caring too much about it. It deserves and demands scrutiny, whatever the end result of that scrutiny may be. Clegg, naturally aware that the legislation may be unable to recover after being dragged into the mire of the parliamentary process, wants to limit this as much as possible.

Forget the constitutional to-and-fro of the debate: what's becoming painfully clear is the game-playing around money which will dominate the arguments on both sides. This matters because a referendum is likely if that all-important cross-party consensus is to be achieved in the Commons – a critical precursor to the lower House being able to assert its supremacy with the Parliament Act.

Referendums are all about money. The course of this campaign is very predictable: the 'no' campaign will ask the public whether they want more elected politicians, and if they'd like to pay more for the privilege. So it's important that supporters of the change fight back with arguments about the cost of the reform of their own.

This time it was Conservative MP Laura Sandys who raised the money question – she wanted to know if the bill would come with a financial assessment of the changes for the Lords remaining as it is.

Here's Clegg's reply to her question: " We will, of course, publish the financial implications. The hon. lady is right to highlight an issue that has not been given sufficient attention—how unsustainable the status quo is.

"Are people really comfortable with a second chamber that will soon be composed of 1,000 or more members, in which more than 70% are there through nothing more than political patronage and in which they receive £300 tax-free just for turning up?"

The wait continues for the first reading of the bill to be published, as ministers work on the nitty-gritty of the legislation which will be torn apart in the months to come. We already knew that the bill was going to be brought forward before the end of the summer recess – ie, by July 17th – but yesterday Clegg went further, announcing he hoped it would be published "well before" the recess begins.

"The amount of time that would be allocated to it would be the subject of discussion through the usual channels and then a possible timetable vote in the House of Commons," he added. That timetable vote is likely to be the first real parliamentary battle over Lords reform – the first of many, many to come.