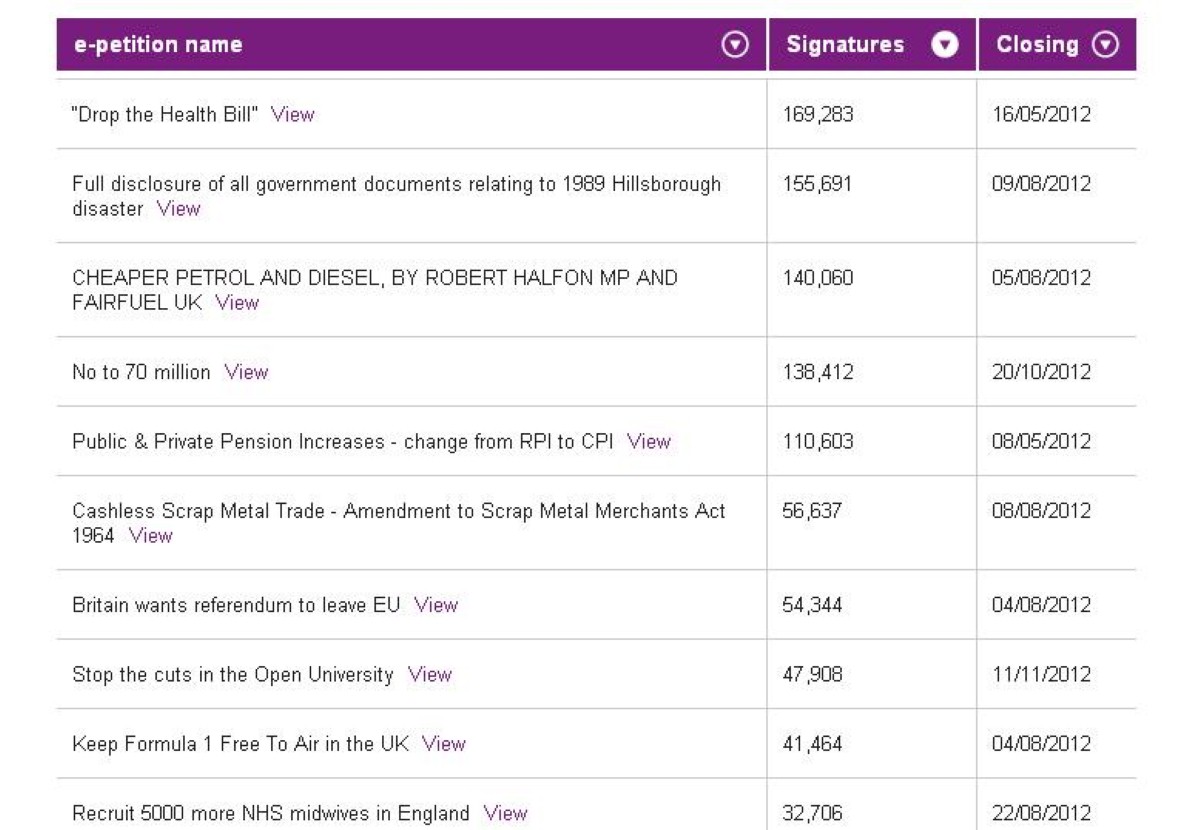 After the initial excitement comes the bitter reality: the public can't simply put their name to an epetition to change government policy.

There's an excellent video on parliament's website today featuring Natascha Engel, the chair of the backbench business committee, explaining what she and her colleagues do. MPs have proved very effective in getting issues debated in parliament which wouldn't otherwise have made it to the floor of the Commons – prisoner voting being one big example.

It's the use of epetitions which have proved most effective in terms of boosting public engagement, though. But as Engel explains, just because 100,000 people put their signature to an epetition doesn't mean it automatically gets debated in parliament.

"People expect there not just to be a debate," she says, "but for there to be a vote and for that to change the law – and that's something that we can't guarantee, unfortunately."

This is not the first time Engel has warned that public expectations are a little too high. Last November she used an article for the Guardian to point out that it just wasn't realistic that "petitions would get results". It sounds staggering when put like that, doesn't it? But those familiar with the way Westminster works will realise it's very much accurate.

Why would the government do anything to stop it doing something? Why should ministers allow the public, of all people, to have a say in things? One million people protested against the Iraq war in 2003, and many more would have signed an epetition, but the government had the backing of the Commons.

Voters don't make decisions – they elect representatives who together make decisions on their behalf. That isn't going to go down well with the people. Unfortunately, it's the reality.

"For petitions to work properly here, we need to remove the threshold and engage further with petitioners," Engel wrote last year. "If we don't, public disappointment and disengagement from politics will be the inevitable consequence."

Today's video is an attempt to explain to voters the way things are. Efforts like these are well-meaning, but will never be able to truly resolve the mismatch of expectations and reality in the minds of epetition signatories. They really are making matters worse.

As is the case with frustrations over the referendum, the people want to have a say and are being denied it. They don't like it, but – under the parliamentary system – that's just the way it is. This is a representative democracy, not a participatory one: an awkward truth which will always be a tension at the heart of the engagement debate.