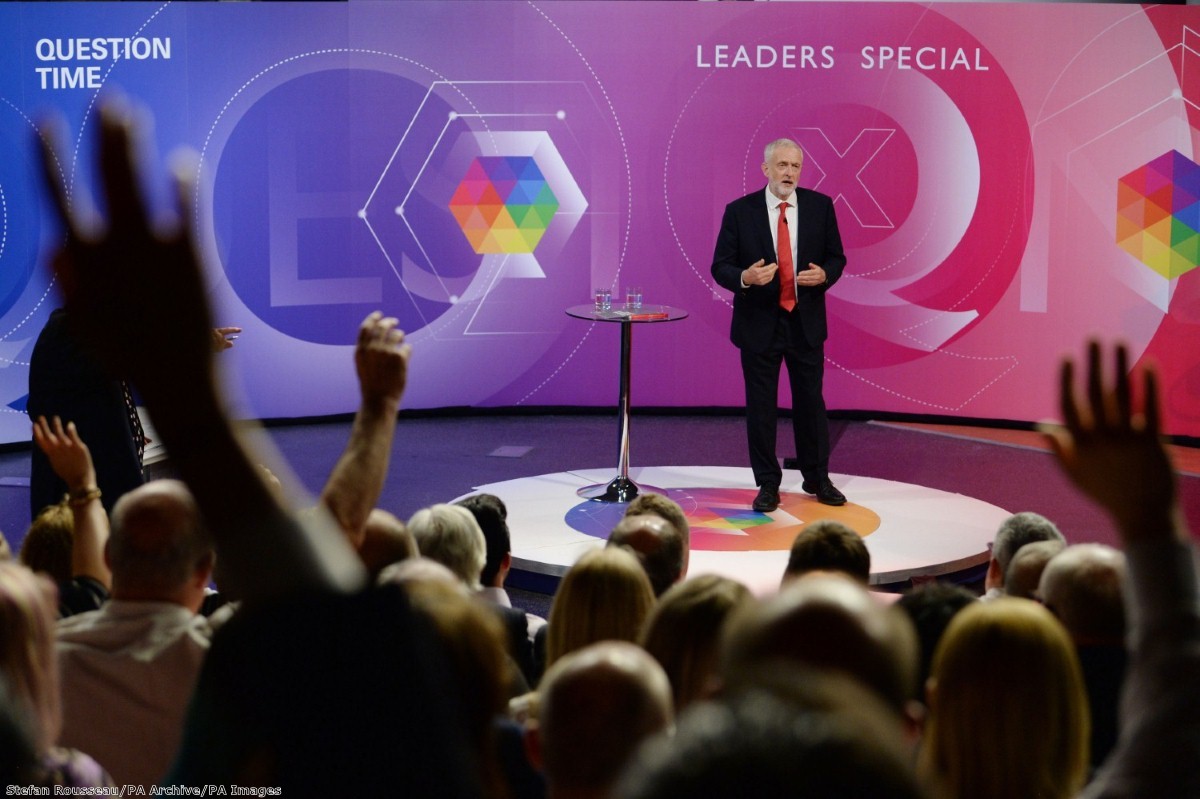 Question Time leaders special might have swung the election

TV debates have become an established part of elections in the UK. But until now, we haven't known what their impact actually is. From Cleggmania in 2010, to the seven-party platform of 2015, to the Question Time specials of 2017, millions tune in to see party leaders put forward their ideas with passion and energy – and to see them held to account.

In this year's snap election, however, we saw the format come under strain. Theresa May saw televised debates as a distraction from 'a traditional campaign' of getting out and speaking to voters. In turn, Jeremy Corbyn threatened to refuse to appear unless May did too. The compromise was the BBC's Question Time special, which saw the two leaders grilled one at a time by David Dimbleby and a live audience. Though not a head-to-head battle, it was watched by over 4m viewers. And it potentially swung the election. A study for the Electoral Reform Society (ERS) by leading communications experts has found that over a third of viewers said the BBC's election programme influenced their vote.

Over 80% of viewers said they talked about the QT special with their friends and family, and 40% said the programme made them more interested in the campaign. That's good for all of us. But what the study also shows is that the Question Time special had a significant impact on people's views on the main party leaders, and brought the public much closer to these figures.

In particular, it appears to have helped Jeremy Corbyn's campaign. The Labour leader's performance outpolled May among all age groups up to 64 year olds – on nearly all metrics or 'entitlements' which viewers saw as important. For example, he polled 39% to May's 24% among 55-64 year olds on 'understanding people like me'.

It was the 'youth surge' in this election, however, that was arguably the most significant factor. Young people watched the election coverage in particularly large numbers, with a high proportion of young viewers undecided before seeing the QT special. That those viewers then swung in large numbers behind the Labour leader suggests the programme may have had an impact on the final result – particularly when just a few hundred votes in swing seats shifted June's outcome.

In fact, ERS research shows the Conservatives could have won an overall majority with just 533 extra votes in the nine most marginal constituencies – a reflection of a broken and volatile voting system, but also a hint that this debate may have had an effect on the overall outcome.

But however they voted, the BBC's leaders' programme proved an excellent and vital way for young people to join the debate. More young people watched the QT special than older voters, and they discussed it in huge numbers. From increasing engagement among 'less political' demographics to bringing leaders closer to voters, the positive legacy of the BBC's leadership special shows it's time to make TV debates a core and established part of our elections in the UK.

As the report notes, they 'should not be regarded as an added extra': they are now at the heart of a modern election campaign.

That means that party leaders are expected to take part and not duck out. And they should be real head-to-head debates – open to meaningful and live challenge from opponents. We've set out the impact of June's leadership debate for the first time. Now party leaders and broadcasters need to learn from voters' views and make sure the debates are even better next time.

Darren Hughes is the chief executive of the Electoral Reform Society. Read Debating the Debates: How Voters’ Viewed the Question Time Special.