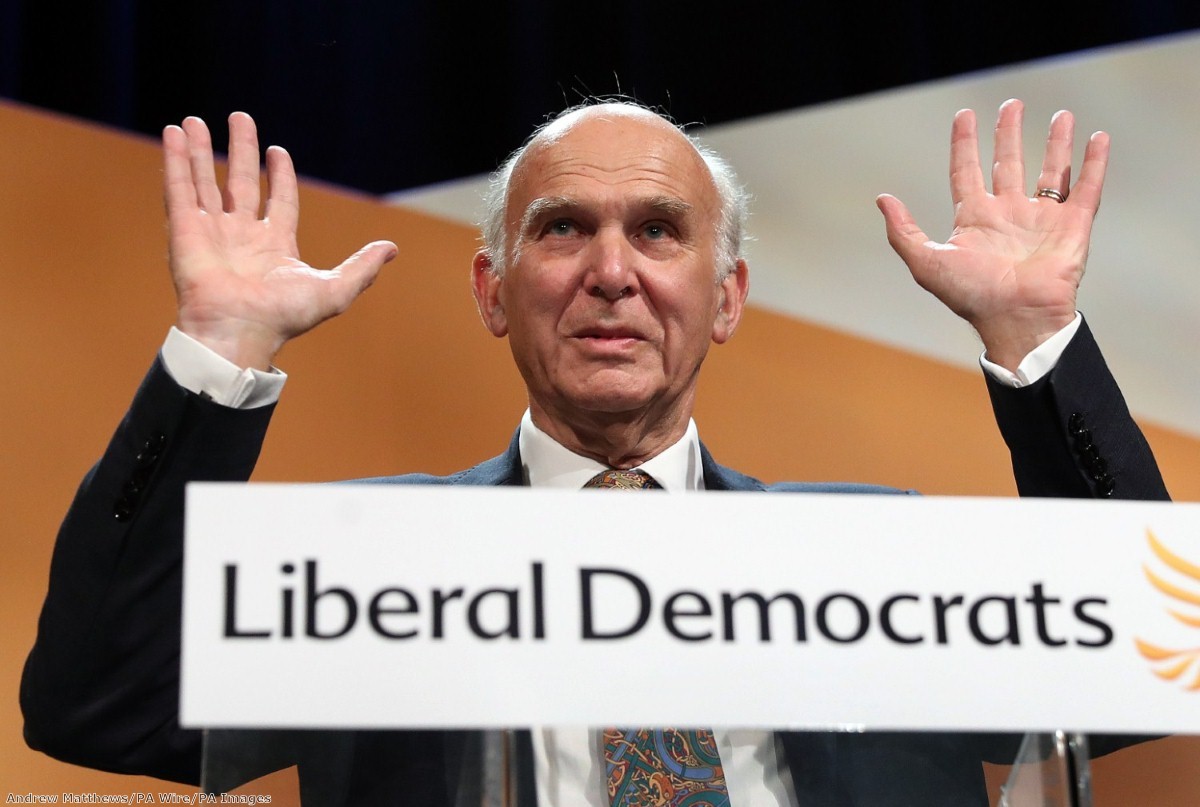 The Lib Dems have learned their lessons, it would appear that Labour hasn’t

"I won't forgive you for getting into bed with the Tories." As an active member of the Lib Dems for the last two years, this is a phrase I'm very used to hearing when I canvass Labour voters.

Regular Politics.co.uk columnist Chaminda Jayanetti suggested in a recent piece that the party needed to recognise this feeling in the country, but that instead it had "learned nothing" from the Coalition years. In actual fact, the 2017 general election saw Tim Farron reject the idea of another coalition with the Tories, so it is clear that we have actually learned quite a lot.

Vince Cable was even more graphic in his description, saying that getting into bed with the Conservatives was like mating with a praying mantis. The Lib Dem manifesto was radical and evidence-based in areas like decriminalising cannabis. We also pushed for a second referendum on Brexit and continue to do so. Both of these policies are not universally popular but we as a party have stuck to them because we believe in them.

Jayanetti also claims that even the members are unhappy. "The trouble is that many party members who opposed the coalition will have simply walked away from the party." He forgets however, that the Lib Dem membership is now over 100,000, with over 50,000 new members joining since the EU referendum.

But back to the crux of the argument. Yes, as a party we made some mistakes. We made a promise on tuition fees which was not kept – a U-turn which Clegg himself has apologised for on live television. We probably gave in too easily on a referendum for a system of proportional representation which nobody understood. We should certainly have opposed some of the more pernicious elements of welfare cuts, like the bedroom tax.

Yet those criticising the Lib Dems for the coalition years forget some very important points. On the issue of welfare, Labour created an overly complex and expensive tax-credits system which enabled employers to be subsidised by the tax payer when paying low wages.

Mental health was hardly even mentioned in elections until 2010. But Norman Lamb brought this issue to the Cabinet table, following 13 years of Labour neglect.

There's more. Fifteen-hours-a-week free child care for all parents, 5p charges on plastic bags, the triple-lock on state pensions. All of these are things that you would expect Labour to have done but didn't. It took the Lib Dems' involvement in a Coalition government to bring these policies into law.

The same can also be said of the way our banks and financial services are regulated. Tony Blair and Gordon Brown were regularly warned about the risks of an asset bubble. They could have done something to legislate to stop the absurd practices of lending 125% of a property value to a mortgage applicant. Yet they did nothing about it, preferring to bury their head in the sand.

Same sex marriage could also have been implemented easily, given Labour's large majorities. It failed to do so.

When it came to the electoral mathematics, Labour could not have formed a coalition with the Lib Dems in 2010. The numbers simply did not add up. The alternative would have been to have another election in the space of a year with a weak unstable minority government. (Sound familiar?)

The whole point of going into politics is to get things done. Even as a life-long Lib Dem voter and supporter I am still able to recognise where previous Tory governments got it right (privatising industries which were bloated and inefficient under state ownership like BT and British Airways), as well as Labour governments (spending vitally needed money on schools and hospitals after the Tories had run public services down to the ground by 1997).

To govern is to choose, and Labour will have to find a more pragmatic path which does not always involve state intervention, higher taxes and nationalisation if it wants to win power again. The Lib Dems have learned that government is about compromise. Would they do things differently if they could wind back the clock? Inevitably yes.

However the same question needs to be asked of Labour. After seven years out of office and failing to win three general elections in a row (one of which was against arguably the weakest Tory leader in decades) have they learned anything themselves?