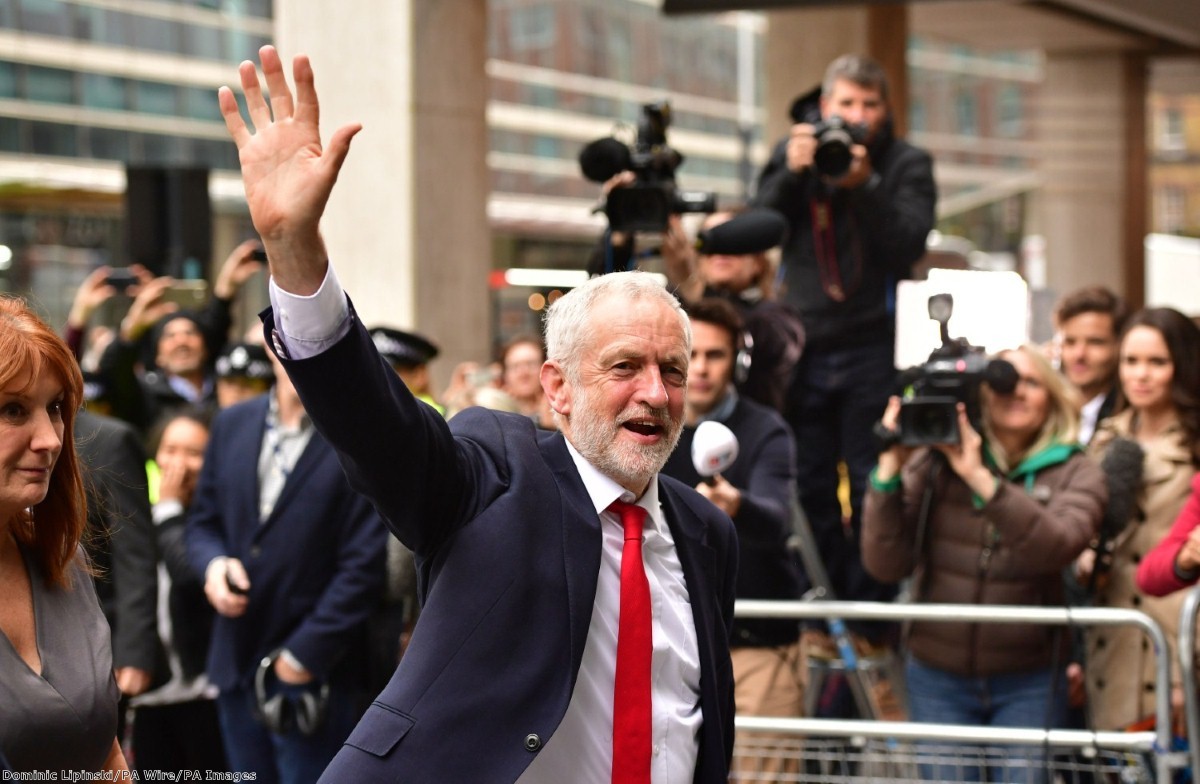 Labour now has a clear route to an overall majority

Jeremy Corbyn won the expectations game but lost the election. That's not in itself a condemnation – no other Labour MP would have achieved such a result in the circumstances – but it is the reality of the situation.

Theresa May is still prime minister – albeit only just – because the Conservatives finished more than fifty seats ahead of Labour. Corbyn's party is sixty seats off a majority. As John Curtice bluntly noted today, his result is comparable to Gordon Brown's in 2010.

But the dramatic results of election night have opened up a clear route for a Labour overall majority when the next general election comes round – which, given the precarious state of the Tories' position, may not be very long.

While Labour's 2015 disaster saw the Tories open up large majorities in what had been English marginals, Corbyn has spectacularly cleared some of those yawning gaps to take seats such as Warwick and Leamington and Crewe and Nantwich, and made significant ground in others as the party ate up anti-establishment Ukip votes.

There are now 23 Labour targets with majorities of up to two per cent – all but one is held by under a thousand votes. Amber Rudd's Hastings and Rye seat was almost the biggest scalp of the night, but Calder Valley, Norwich North and Aberconwy have now gone from stretch targets to ultra-marginals.

Labour's unexpectedly strong performance in Scotland – widely attributed to Corbyn's traditional left-wing appeal – only delivered six MPs, leaving the party behind the Scottish Tories, but they ran the SNP very close in a raft of other seats.

In fact, there are now 61 seats across the country where Labour is within seven per cent of the incumbent party – usually either the Tories or SNP – which would need a very modest 3.5% swing for Labour to seize. These include both Milton Keynes seats, Watford, and Scarborough and Whitby  – the kind of seats Tony Blair defined himself by winning.

If Labour gains these 61 seats, it will be on the cusp of a working majority in parliament, with the Tories well behind. Further gains surely wouldn't be beyond the party.

How achievable is this? It's not unfeasible that Labour could re-establish its old connection with Scottish voters, and resume its historic dominance north of the border. The SNP's pre-eminence does not have solid foundations.

However, the SNP's troubles are largely the result of its demand for a second independence vote. With that aim surely dead in the water, the party may be able to stem the flow of votes to unionist parties – including Labour. This was a unique election in Scotland and Nicola Sturgeon is a steady hand on the wheel. The SNP will not be pushovers at the next election if they avoid similar missteps.

But the outlook for the Tories is much more grim. Suddenly, the winds of history are behind Labour – torrid Brexit talks could combine terribly with the Tories' parlous position. Theresa May is terminally discredited and the task of replacing her will likely blow open age old divisions within the party, while the economy heads ever downwards. Last night's results reflected a nation exhausted with austerity, but the Conservatives seem unwilling or unable to change course. The Tories seem devoid of ideas – all the original thinking is on the red side.

The Tories have wasted their one historic chance at winning over lifelong Labour voters in Wales, the Midlands and the North. The Conservatives have little to offer the young voters and previous non-voters who turned out in their droves to vote for Corbyn's manifesto. It's far easier to see how tactical voting could work against May's party than in aid of it.

It's impossible to say with any conviction when the next general election will be – there is little public appetite for yet another vote, but it's impossible to see the precarious new reality dragging out for five years. Predicting the last seven weeks was fraught enough – nobody can be sure how politics will pan out over the coming months and years. There are any number of things that could throw Labour off course.

But if the Tories do not change tack on austerity, fail to secure a vaguely plausible Brexit deal, or simply descend into open civil war, the path to a future Labour majority is easy to see.